EURACTIV – The Media Network For Europe

The EURACTIV Network, a combination of independent and integrated offices, is present in 12 EU capitals and provides free localised EU policy news in 12 languages, reaching almost one million readers across Europe and beyond, every month.

The EURACTIV Network partners complement the ‘Brussels perspective’ on EU news and policy debates with national angles and localise the coverage to the interests and needs of our readers.

Today, media moves within a global village. Sharing content across borders has become part of our daily news consumption. EURACTIV has internalised this concept from the very start, and is now expanding its outreach to mainstream media. These agreements are an important part of our strategy to deliver the best EU journalism possible. 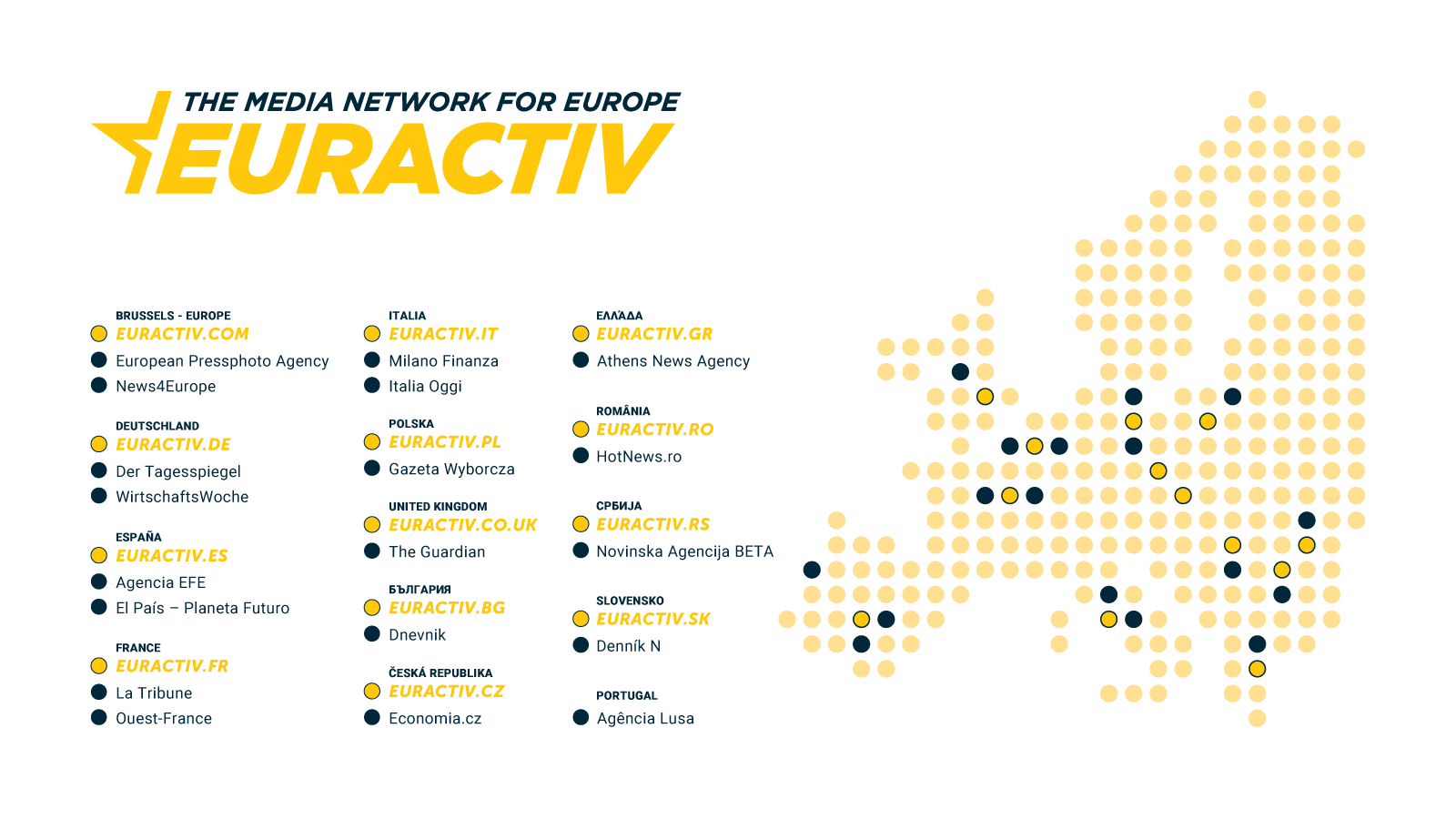 We are committed to expanding the breadth and depth of our coverage even further with similar deals – so watch this space.

Communicate via the media network, with coverage from up to 12 EU capitals

Cross-Lingual and trans-national co-operation involving both euractiv.com and its partners proves the success of the Network in communicating Europe to policy professionals, especially to national administrators, opinion makers and other multipliers.

The EURACTIV Media Network offers wide communication and campaigning possibilities for all those wishing to strengthen their media presence in the EU. To learn about the partnership possibilities, go to: