In the first edition of “Do you speak cohesion?” we are breaking down the elements of the cohesion policy or regional development funds, providing a better understanding over the European Union’s support mechanism. We will be explaining what is...
News

European Council and Commission presidents tried to gain the European Parliament support on Thursday (23 July) for the recovery plan backed earlier this week by the EU27 but lawmakers insist on negotiating budget cuts.
Video

EURACTIV joins forces with EURACTIV Romania, Jeunes Européens Fédéralistes and the Migration Policy Group to raise awareness on racial and ethnic discrimination thanks to MINDSET, a project financed by the European Commission.
News

Leaders of the 27 EU countries finally compromised on a €1,074 billion long-term budget and recovery fund instrument early on Tuesday (21 July) morning, but it took one of the longest-lasting summits in European Council history and the final deal cut funding for some of the bloc's key priorities.
News

EU leaders have edged closer to a compromise on a new long-term budget and a multi-billion euro coronavirus recovery fund and will reconvene on Monday (20 July) afternoon for a fourth day of negotiations.
News

EU leaders hit a dead end during the first round of the European Council meeting on Friday night (17 July) after The Netherlands clashed with Italy and Spain over the governance of the planned €750 billion EU recovery fund.
News

Pressure is mounting on EU leaders to get over their differences as they meet on Friday (17 July) in person for the first time since the start of the coronavirus outbreak to close a deal on an unprecedented stimulus package to tackle the socio-economic fallout of the crisis.
News

If EU leaders fail to reach an agreement on a pandemic recovery package next week, “we will enter into difficulties,” the EU Commissioner for Budget, Johannes Hahn, warned during an event in Brussels on Tuesday (7 July).
Interview

European Commission president Ursula Von der Leyen called on Thursday (2 July) a mini-summit for next week with her counterparts at the Council, Parliament and German Chancellor Angela Merkel to work towards a deal on the EU recovery package.
News 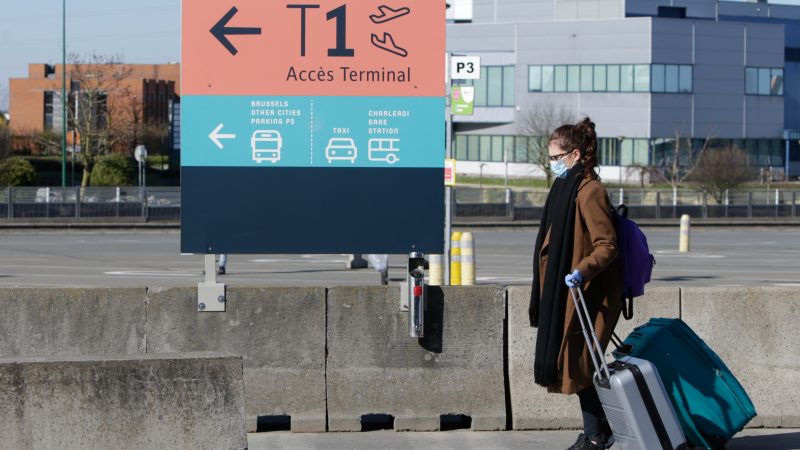 As the summer kicks in and EU countries have been easing travel restriction, I decided to experience what it is like to travel during a pandemic by flying from Brussels to Malaga (Spain).
News

The European Commission presented on Wednesday (24 June) its €166.7 billion budget draft for 2021 to be topped up with around €344 billion which accounts for almost half of the EU recovery fund.
News

The European Parliament will only give its consent to a new EU long-term budget if the basket of own resources is increased to pay for the recovery fund, the main political groups warned in a letter addressed to EU leaders ahead of Friday's (19 June) summit.
News

As lockdown measures are relaxed and schools reopen across Europe, EURACTIV has interviewed experts on whether the pandemic could have a long-lasting impact on education systems in Europe, and they said changes are here to stay.
News

A European-wide project was supporting young disengaged when the COVID-19 outbreak started. EURACTIV has spoken to the organizers about how they adapted to challenging circumstances.
Read more »»
RSS - Beatriz Rios