The Romanian government has entered auto-isolation mode after a senator was confirmed positive with novel coronavirus, COVID-19. 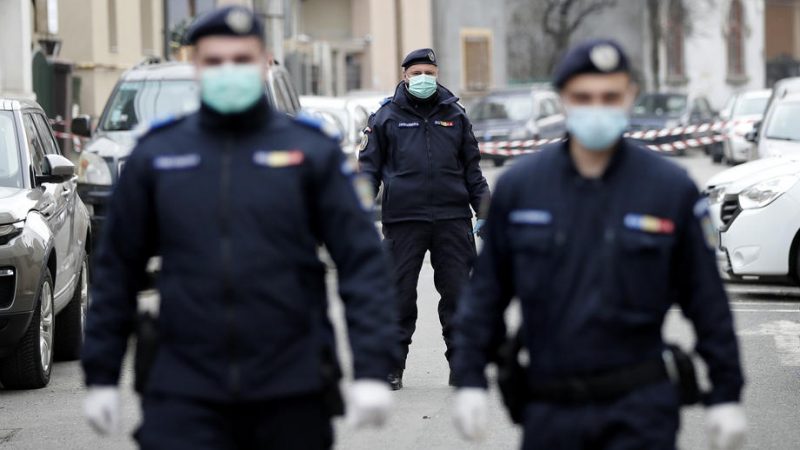 The Romanian government has decided to suspend exports of medicines and other health products for the next six months as 18 new cases were reported on Thursday (13 March) bringing to 47 the total number of persons infected with the new coronavirus.

Romania's parliament approved on Monday (4 November) a new transitional government led by National Liberal Party leader Ludovic Orban (EPP-affiliated), which will be in office until a parliamentary election next year.

Romania is in a weird position as it’s holding the EU Council presidency and simultaneously feels the heat of the Article 7 nuclear option.

The Romanian government has decided to promote the consumption of healthy and traditional foodstuffs by cutting the VAT rate from 9% to 5%. EURACTIV Romania reports.
Special Report

In 2015, Romania voted against relocation quotas for refugees within the EU, though it later supported the UN’s Global Compact on Refugees. Recently, it was asked by the UNHCR to use its six-month EU presidency to mobilise member states to be more active in managing the flows of refugees. EURACTIV Romania reports.
Special Report

Romania’s government is not willing to follow the EU recommendations on the rule of law and plans to challenge the Commission's latest report in court. EURACTIV Romania reports.
Special Report

The political party that toppled its own government in Romania last year has made another head-scratching move: It is staging a massive protest in front of the building that houses the government it appointed only a few months ago.

Romania’s Constitutional Court decided on Wednesday (30 May) that President Klaus Iohannis must dismiss the chief prosecutor of the Anticorruption Directorate (DNA), who has been praised by Brussels and Washington for tackling corruption.
Special Report

As the debate over the future EU budget intensifies in the European Parliament, more questions are being asked about the funds allocated to border security, migration and refugee integration. EURACTIV.ro reports.
Special Report

The EU-financed restoration of Alba Carolina Citadel has already transformed the city of Alba Iulia in one of Romania’s top tourist attractions. But the ambitions of the administrators of the 70,000-people city in central Romania have not stopped.
Special Report

The European Commission is "aiming high" in the post-2020 Common Agricultural Policy (CAP), aware of the need to improve its architecture and links with climate and environment policies. But the level of funding that will be available from 2020 is still unknown.
Special Report

Romania’s justice minister has asked for the country’s top anti-corruption prosecutor Laura Codruta Kovesi to be sacked. But analysts say the ruling coalition is not aiming at Kovesi's post. It is, apparently, going for the big picture - capturing all the state institutions and suspending the country's president.

After winning the elections in December 2016, Liviu Dragnea's aim was to have a government led by someone who would blindly follow his orders. Third time may be the charm for the leader of Romania’s ruling party.

The European Commission is still concerned that Romania will go from registering the highest growth in the EU to racking up the biggest budget deficit. But Bucharest insists there is no cause for concern. EURACTIV Romania reports.
Read more »»
RSS - Bogdan Neagu