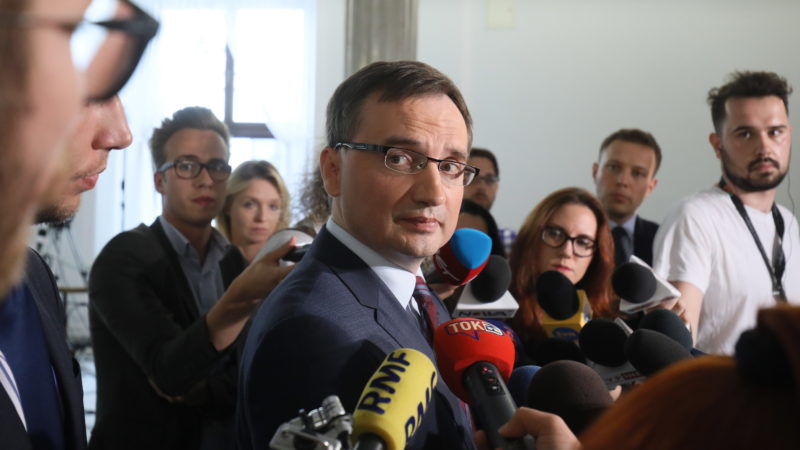 The European Commission has “substantial concerns” about the rule of law in Poland. The ongoing reform of the judiciary, meant to increase the government’s control over the judicial system, has pushed the College of Commissioners to issue a third set of recommendations to the Polish government.
Interview

Estonian Ambassador to Poland Harri Tiido explained the priorities of his country’s EU Presidency and talked about the current challenges facing Europe, in an interview with EURACTIV.pl.
News

Poland is spearheading criticism of the Commission's proposed “entente” that would end a five-year antitrust case against Gazprom for abusing its dominant position in eight countries in Central and Eastern Europe.
News

It would be hard to find a political issue that divides the Visegrád group more than their opinion of the Putin regime. EurActiv Czech Republic, Slovakia, and Poland, and Budapest’s Political Capital, report.
News

In the Visegrád Group, there is a desire to both strengthen the powers of member states, but also defend the Schengen area, and the four freedoms. Unsurprisingly, talk of treaty change is in the air. Euractiv's Central European partners report.
News

With Slovakia handing over the EU presidency to Malta and agreement on a new EU asylum system out of sight, the Visegrád Group remains in opposed to compulsory refugee relocation. EURACTIV Czech Republic, Slovakia, and Poland, and Budapest's Political Capital, report.
Interview

Tackling illegal immigration, security in the Mediterranean and relations with Libya and Tunisia among others will be at the centre of the Maltese EU Presidency during the first half of 2017, Natasha Meli Daudey told EURACTIV.pl.
Interview

Hudák: The EFSI is ‘driven by demand’

On Thursday (17 November), the European Investment Bank signed a contract with the Kuyavia-Pomerania Voivodeship to help finance the modernisation of a hospital in northern Poland under the EFSI. The EIB’s Vazil Hudák spoke to EURACTIV Poland about the deal.
News

Slovakia's agenda for its first EU Council Presidency will be adopted at the last moment, says Dušan Krištofík, the Slovak Ambassador to Poland. The reason is the British referendum on EU membership, which "will have a major impact on the Union" whichever way it goes, he told EURACTIV Poland.
News

Vice-President of the European Commission Frans Timmermans was optimistic after a series of meetings with the Polish government. Yet Poland will continue to be monitored under the Rule of Law Framework.
RSS - Krzysztof Kokoszczynski