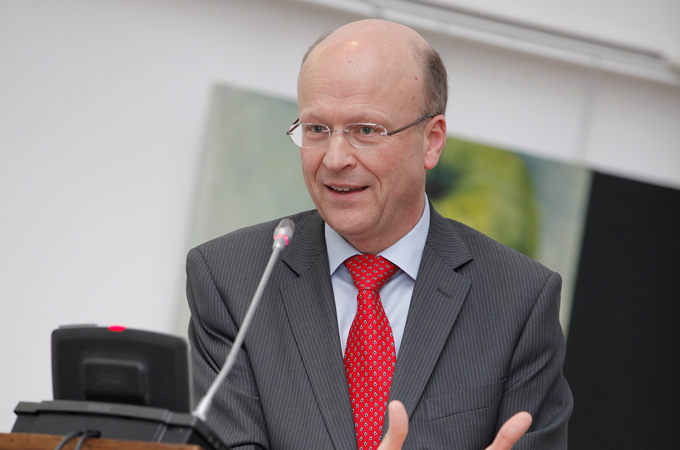 British companies operating in the EU will be “begging on their knees” for the jurisdiction of the European Court of Justice (ECJ) after Brexit, the Court's president has warned.
News

Both sides negotiating the UK's withdrawal from the EU are underestimating the serious long-term effects, a senior figure from German industry has warned at a special event on Brexit held by EURACTIV.com.
News

A “Brexit election” that left UK Prime Minister Theresa May without an overall majority has forced her into a precarious alliance with the far-right Democratic Unionist Party, who are deeply opposed to gay rights and abortion.
Special ReportNews

Some 70% of the world’s food is grown by smallholder farmers, the majority in the developing world, who will have to help output double by 2030 to keep up with population growth, a panel of experts at the European Development Days in Brussels heard on Thursday (8 June).
News

Examples of how to rebuild resilient societies in the wake of natural disasters and man-made conflicts, from countries are varied as Iraq and India, were on offer during the second day of the EU Development Days conference in Brussels on Thursday (8 June).
News

Three developing African states copied the reality-TV format of Dragon’s Den to compete for foreign businesses from a panel of a nearly a dozen investors, at the EU’s Development Days conference on Wednesday (6 June).
Special ReportNews

The ‘New Consensus on Development’ was adopted by EU foreign affairs ministers today (19 May) – and immediately condemned by NGOs working in the field.
Interview

With the passage of the EU Accessibility Act this month, EURACTIV.com spoke to the public transport bodies of London, Vienna and Paris to see what progressive solutions for disabled passengers are already underway – and what dangers may lurk in the proposed act.
Interview

The official death toll from last year’s civil unrest in Ethiopia came to 669 people, according to a report to the parliament in Addis Ababa this week.
News

To mark his first anniversary in the role as the EU’s inaugural Special Envoy for the Freedom of Religion or Belief Outside the EU, EURACTIV.com interviewed Ján Figeľ about the headscarf ban, Islamist terrorism and growing up Catholic in a communist state.
Interview

EXCLUSIVE / At the launch of the Global Report on Food Crises 2017, Daniel Gustafson, the Deputy Director General of the UN Food and Agriculture Organisation, warned that 108 million people are in “food crisis” around the world.
Read more »»
RSS - Matthew Tempest