Visegrad countries are waiting for the new Digital Services Act. According to the V4 countries, the regulation is necessary but Europe must avoid censorship and any other forms of violation of the right to freedom of expression.
Special ReportNews

Climate and environmental problems and their prevention are one of the main elements of the new multiannual EU budget proposed by the European Commission after 2020. The common agricultural policy takes account of them very strongly, and even more so than many other policies. EURACTIV Poland reports.
Special Report

The new Common Agricultural Policy of the European Union for 2021-2027 will focus even more on climate and environmental issues. In this Special Report, EURACTIV Poland walks you through some of the main changes this will bring.
News

Although they are vital to the Polish economy, no one really knows how many Ukrainian migrants live in the country.
Special ReportNews

How can European companies operating in the digital services and e-commerce market be supported, while at the same time making sure consumers are protected? And how can tax policy be rethought to fit the digital marketplace?
Special ReportNews

European funds were one of the factors that helped Poland avoid the serious effects of the financial crisis. Negotiations on the new seven-year financial framework have already begun in the European Parliament. The outcome could have a major effect on how Poles vote in next May's elections.
Interview

Relations between the Visegrád countries and Ukraine have deteriorated in recent years. But from the point of view of ordinary Ukrainian citizens, Central and Eastern Europe is still a very attractive model, especially in the economic sense, analyst Kateryna Zarembo told EURACTIV.pl.
Interview

When it comes to migration and refugees, the Visegrad 4 governments speak with one voice: the EU should abandon any idea of a compulsory mechanism for refugee relocation. EURACTIV's network reports.
Special ReportNews 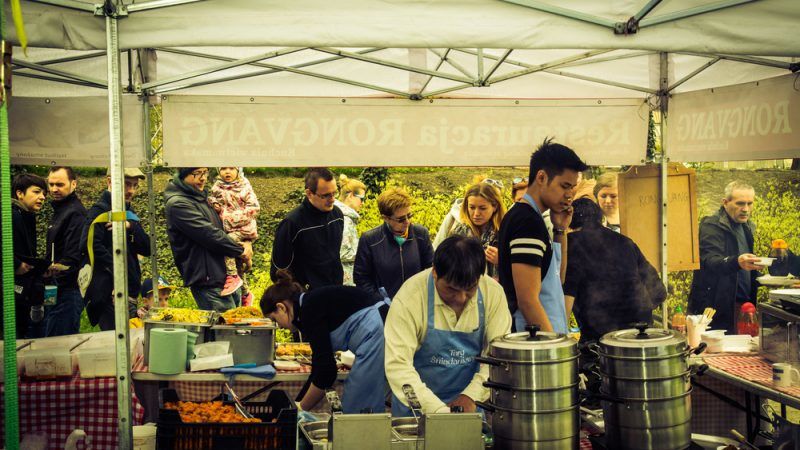 One EU-funded project in Poland all started with a girl allergic to food additives and ended up with an innovative start-up, which connects 150 farmers with 100,000 people who want to eat healthy food straight from the producers. EURACTIV Poland reports.
Interview

The copyright reform proposed by the European Commission will hinder work on artificial intelligence, harm smaller entities on the internet and simply make life more difficult for Internet users, argues Michał Kanownik in an interview with EURACTIV Poland.
Special ReportNews

While the EU seems to have agreed on a united stance in the Iran nuclear dispute with the US, Polish Prime Minister Mateusz Morawiecki has highlighted the cracks and put his country forward as an informal mediator. EURACTIV Poland reports.
News

The European Union must become a global leader in promoting circular economy but needs to make the best of the ambitious new EU legislation, said participants at a stakeholders’ debate on recycling, pointing to the positive example of Poland.
News

The President of the European Council, Donald Tusk, voiced hope that Poland's government would 'come to its senses' and avoid further confrontation with Brussels which could result in unprecedented sanctions. But Polish leaders appeared to remain defiant.
News

Czechs will elect their new parliament on Friday and Saturday (20-21 October), with former deputy Prime Minister Andrej Babiš, an anti-migrant Eurosceptic and one of the wealthiest men in the country, set to win the most votes, according to the latest opinion polls.
News

Cohesion policy makes up 61.17% of all Polish public investment, one of the highest rates in the EU. It is topped only by Portugal, Croatia and Lithuania, according to a European Commission report that highlighted cohesion funds as a major investment driver in many EU regions.
RSS - Michał Strzałkowski