EU policymakers face a big challenge to maximise the economic potential of Europe’s forestry sector while balancing its carbon emissions and removals. But it's one they will have to rise to if the bloc is to meet its climate and energy targets.
News

European farmers have written to the European Commission to “reject any concessions” on the agricultural chapters of the EU’s free trade negotiations with South American trading bloc Mercosur, which they say would expose farmers to unfair competition.
Special Report Infographic 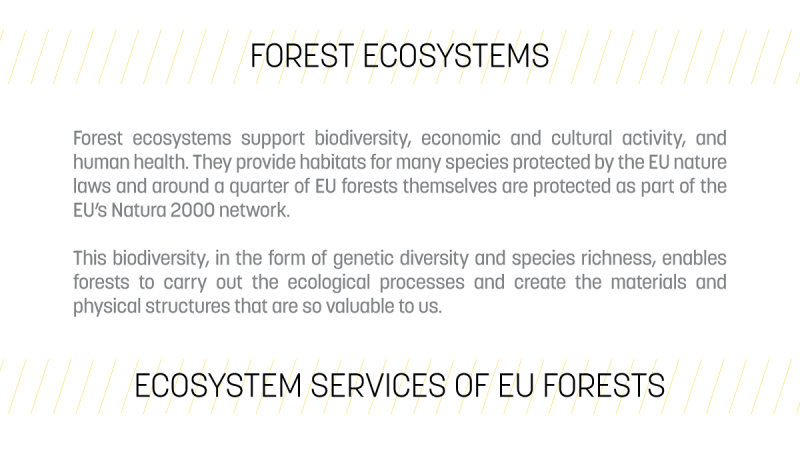 Forests cover 40% of Europe’s territory and provide a multitude of ecosystem services that contribute to the health of the environment and human wellbeing.
News 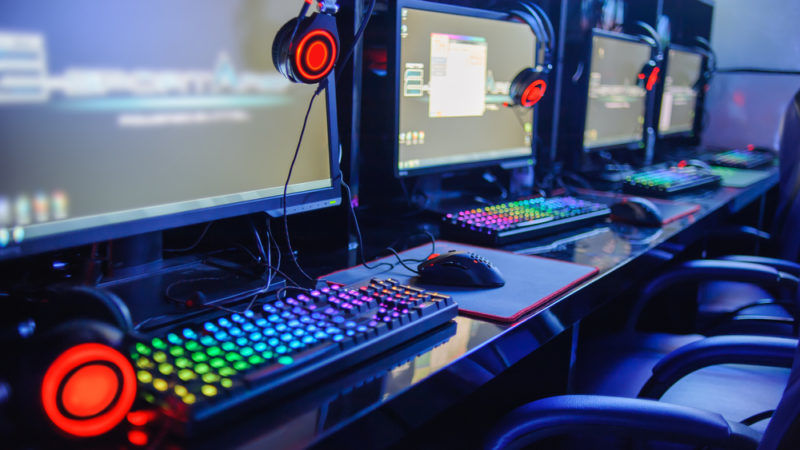 The World Health Organisation has classified addiction to video-gaming as an illness, in another sign that the condition is gaining recognition from medical professionals and mental health experts around the world.
News

Europe’s food and drink industry relies heavily on the EU single market to underpin its steady growth rate, but it has warned that Brexit poses a real threat to the future of many businesses.
News

The Brief – Wanted: A job for Mr Farage

For Brexit aficionados, the year has started with a welcome twist. Today, Nigel Farage met Michel Barnier in Brussels in an attempt to balance out the “neverending stream of Remainers” the EU’s Brexit negotiator has met since talks on the UK’s withdrawal began in June.
News

The United Nations declared 20 May to become World Bee Day, adopting a resolution proposed by Slovenia and supported by all EU member states, which aims to raise awareness of the insects' importance and warn about their dwindling numbers.
Infographic 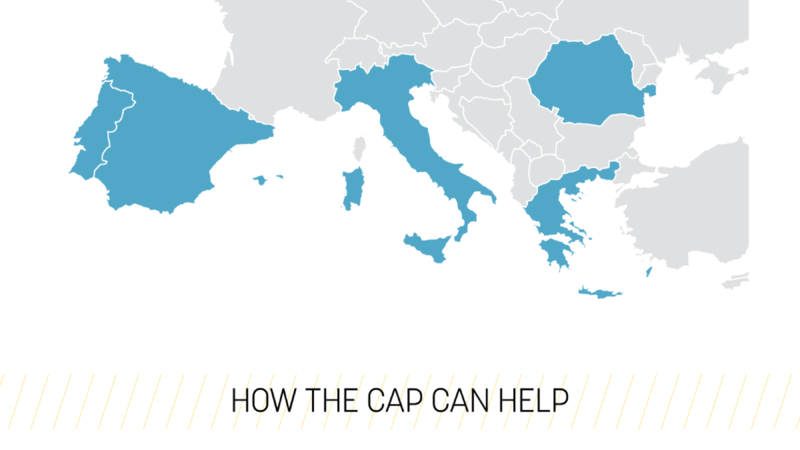 How can the CAP combat rural poverty and land abandonment? 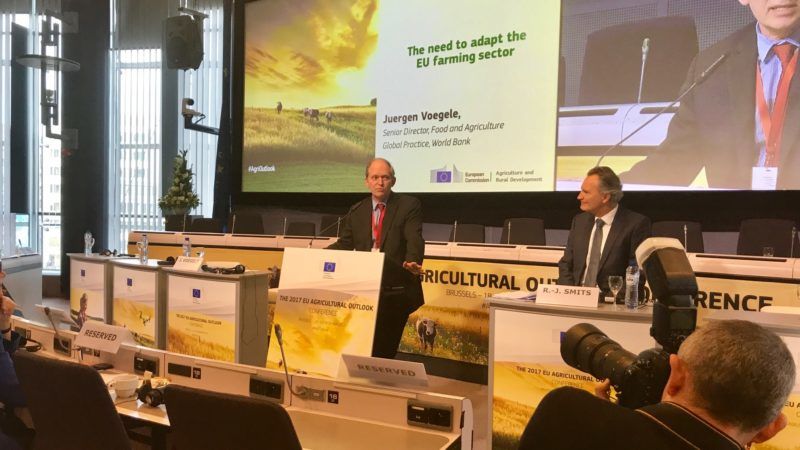 The Common Agricultural Policy (CAP) has strengthened Europe’s farming sector and reduced rural poverty, but the EU must now push for the adoption of technology and open source data to drive better outcomes for all farmers, Juergen Voegele told EURACTIV.com in an interview.
News

Habemus sufficient progress. Theresa May and Jean-Claude Juncker spoke of “give and take” as they agreed the two sides had come close enough on the divorce bill, citizens’ rights and the Irish border to move talks on to the second phase.
News

Theresa May rushed to Brussels in the early hours of Friday morning (8 December), after the European Commission said all-night divorce talks had made “sufficient progress” to move on to the second phase of Brexit negotiations.
News

Europe needs to revolutionise its approach to food, focusing on sustainability and health to tackle the many challenges of the future, said a report published on Wednesday (6 December).
Special ReportNews

EU farmers have joined the debate on the future of the Common Agricultural Policy by stressing the need to simplify common rules, but they have vigorously rejected any attempt to renationalise the bloc’s biggest common policy.
News

A group of 177 Dutch scientist have signed a letter urging the Netherlands to back a complete phase-out of crop-based biofuels at European level, calling them a “false solution to climate problems”.
Special ReportNews 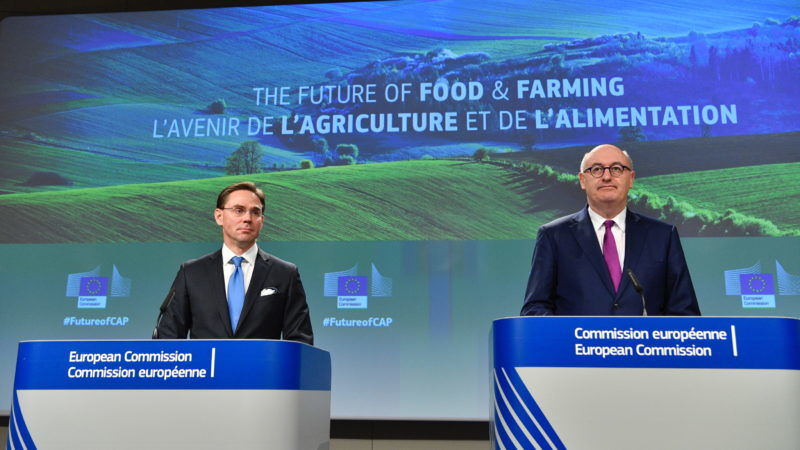 The Commission’s communication on the future of the Common Agricultural Policy, which aims to give EU member states greater freedom in meeting the bloc’s common goals, received a broadly optimistic response in the European Parliament on Wednesday (29 November), although concerns remain over how it will be implemented.
Special ReportNews 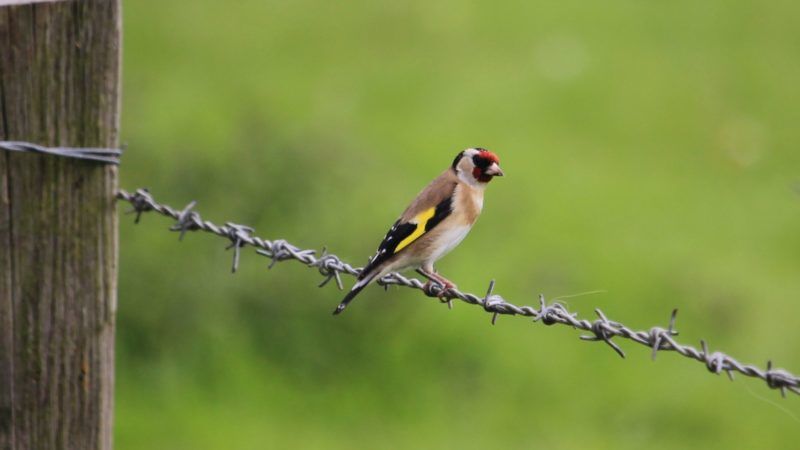 The European Commission has presented its long-awaited vision for the future of the Common Agricultural Policy after 2020. But agricultural experts fear the communication, which proposes a radical overhaul of the policy’s delivery, rather than its substance, will weaken environmental protection and create unfair competition between farmers.
News

The Brief: Merkel still wears the trousers in Berlin

Yesterday EU countries agreed to renew the licence for glyphosate, the controversial weed killer suspected of causing cancer and proven to cause headaches for lawmakers.
Special ReportNews

Understanding of EU lawmaking among lobbyists and journalists has declined as the processes themselves have become more complex, to the point of making Brussels "a land of incompetence", experts said at a seminar on Monday (27 November).
News

The biofuels industry has hit out at the European Commission’s proposal to reduce the cap on crop-based biofuels in the EU’s transport fuel mix, saying it would undermine the EU executive’s renewable energy policy and slash investment in advanced biofuels.
Special ReportNews

The European Parliament’s influential Committee on Industry, Research and Energy will vote on Tuesday (28 November) on a compromise deal that could set the bloc’s 2030 renewable energy target at 35%.
News

EU countries could save money and lives by increasing investment in disease prevention and health promotion, the European Commission said on Thursday (23 November), stressing that good health policy requires political will across all sectors.
Read more »»
RSS - Samuel White