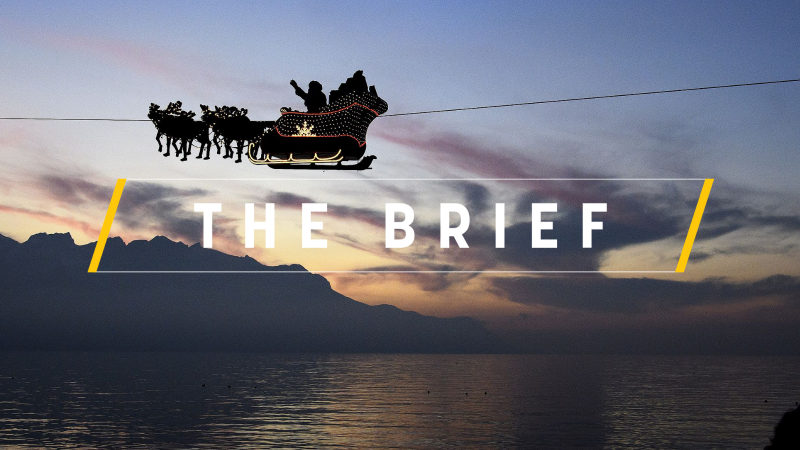 If you’re really pressed for time, here is the gist of this Brief: In case you’re thinking of driving home for holidays, think twice and, if you decide to go, brace for impact because, right now, confusion reigns supreme. The...
News

Poland and Hungary reaffirmed on Thursday (26 October) their opposition to tying EU finds with the rule of law in member states and instead offered their own proposal for breaking the deadlock that is holding back the EU's €1.81 trillion seven-year budget and the recovery fund.
Opinion

In recent weeks, violent terrorist attacks have shocked France and Vienna, after cartoons of Prophet Mohammed were published by French satiric publication Charlie Hebdo to mark the start of the trial for the 2016 terrorist attacks in Paris.
Opinion 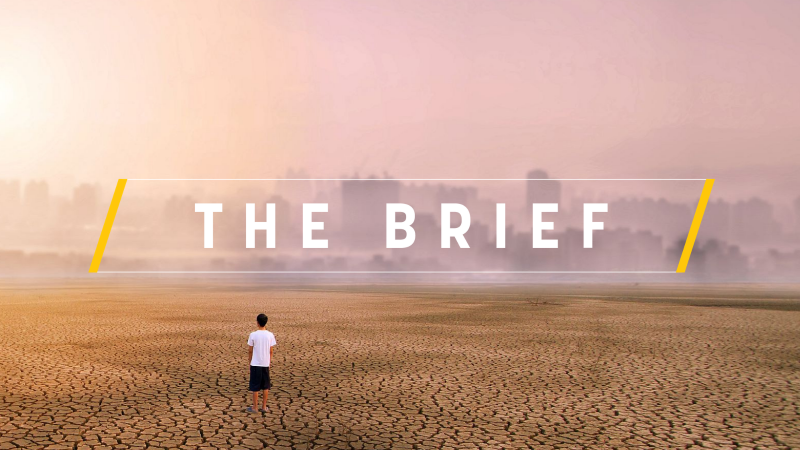 If you still haven’t seen ‘A life on our planet’, Sir David Attenborough’s latest (and quite possibly last, given his advanced age) documentary, please find the time to do so. It will give you pause, regardless of whether you are...
Opinion 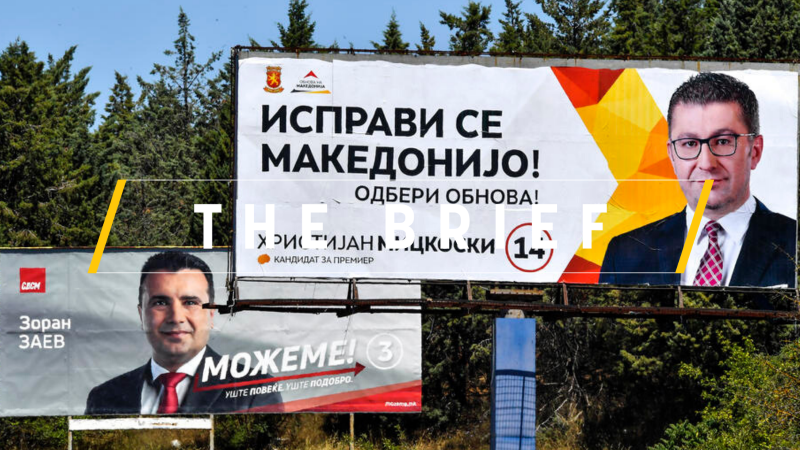 As we wrote only a few weeks ago, there is a flurry of post-COVID elections across Eastern Europe and now it is the turn of North Macedonia, a country with a chequered history of international relations. The result of today's vote could well determine the next chapter for the Western Balkans EU candidate.
Opinion 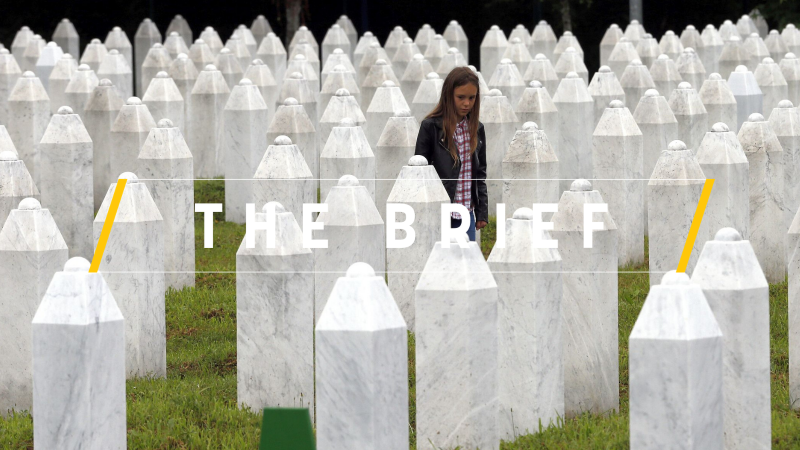 There is something fittingly telling about the way the 25th anniversary of the Srebrenica massacre will play out on 11 July. For those who don't know, it's the biggest single atrocity on European soil since World War Two, where Bosnian Serb troops slaughtered 8,372 Muslim men and boys after overrunning the designated UN safe area in eastern Bosnia.
Opinion

The Brief – Going to the polls after COVID-19

What is it with Eastern Europe and the rush to the polling stations as soon as the lockdown measures were relaxed?
News 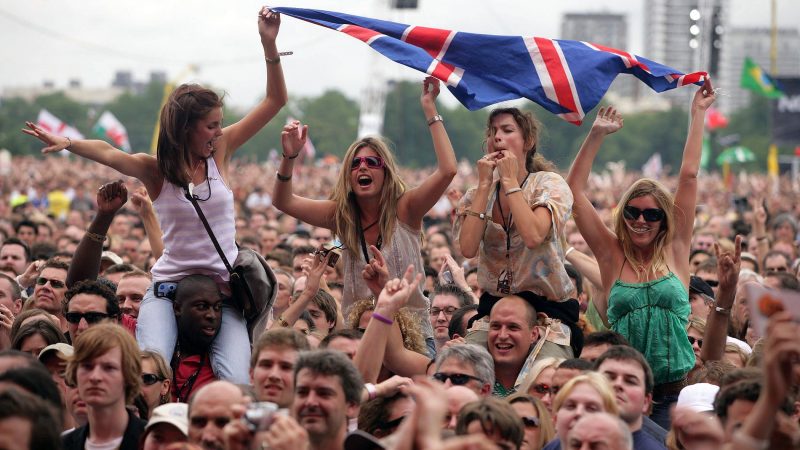 A nation divided: What UK celebrities said about Brexit

The United Kingdom's departure from the European Union has been a highly divisive and emotional issue from the very start, and the rhetoric around it rarely failed to impress. EURACTIV has prepared a list of remarkable Brexit quotes from celebrities in showbiz and sports.
News 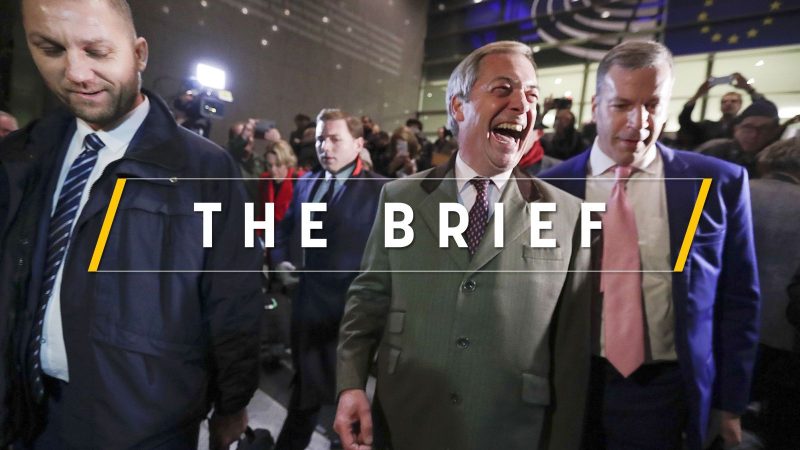 The Brief – Could the EU follow the fate of Yugoslavia?

For all of us who lived through the collapse of Yugoslavia, the moment when the Slovenian delegation walked out on a 1990 Communist Party congress in Belgrade stayed ingrained in our collective consciousness. The emotional scenes witnessed in the European Parliament on Wednesday brought back those memories.
News

The European Union must step up the application and enforcement of Single Market law or risk losing ‘credibility and effectiveness’, according to a leaked paper to the EU executive signed by 14 member states.
News 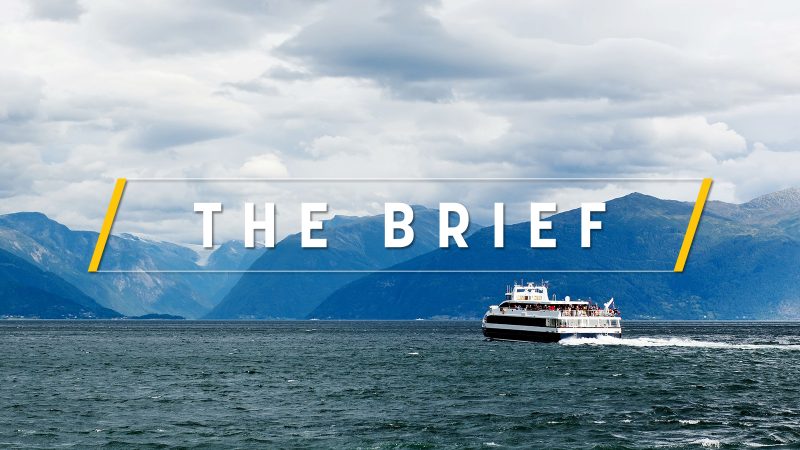 The Brief, powered by BP – Welcome to uncharted territory

It is not often that we knowingly witness history in the making before our own eyes, but today we've had one of those moments.
News

EU leaders put on a brave face on Friday (13 December) and congratulated Boris Johson on his resounding victory in the UK elections, which means he will take the country out of the EU next month after three years of Brexit frustrations.
Interview

EXCLUSIVE / Croatia, which starts its first EU presidency stint in January, is "not quite happy" with Finland's proposal for the EU's seven-year budget and will seek to amend the proposal in order to preserve funding for Cohesion and the Common Agricultural Policy, the country's Foreign Minister Gordan Grlić Radman told EURACTIV.
News 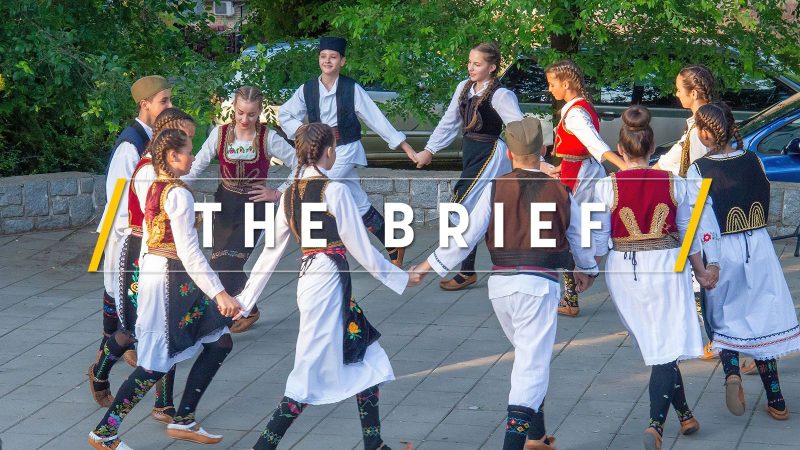 The rollercoaster that is the Western Balkans is (almost) as unpredictable as the Brexit saga. Last week, the region's prospects appeared in the doldrums and there was little chance of a reversal of fortunes soon. Take a step back though and there is hope to be had.
News 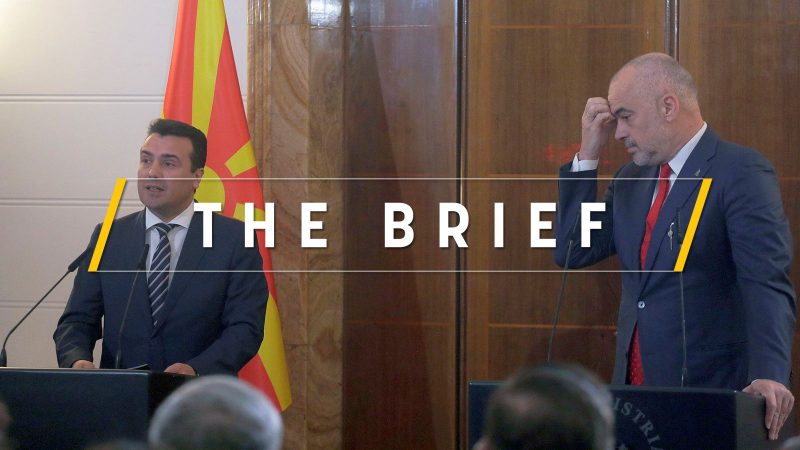 The complexity of the Balkans and its European path needs no special introduction, yet it never ceases to surprise. The German Bundestag gave its green light last Friday for North Macedonia and Albania to open EU accession talks, but the story doesn't end there.
News 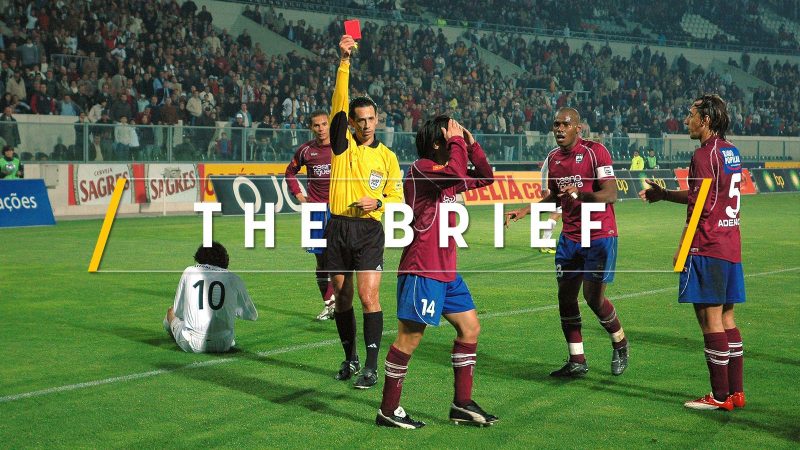 The Brief, powered by EDAA – Will there be more victims?

MEPs are ready to go on a Commissioner hunt, as next week’s hearings loom large. But amid the calls for heads to roll and retribution to be dealt, there are reasons for some of von der Leyen’s chosen few not to fear the Parliament boogeymen.
News 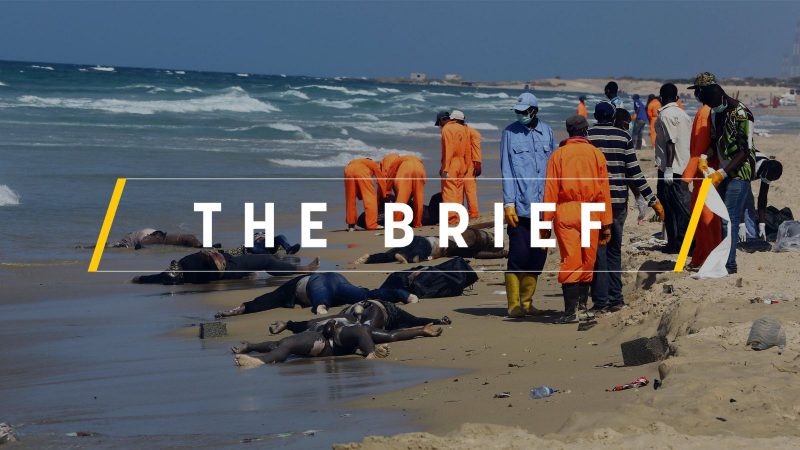 The Brief – Washing away the guilt

The largely unconventional and disputed 1907 experiment by US physicist Duncan MacDougall postulated that the human soul weighs 21 grams, no more, no less. The valiant doctor measured the body weight of dying humans just before and after their passing and concluded that the soul does have exact physical weight.
News 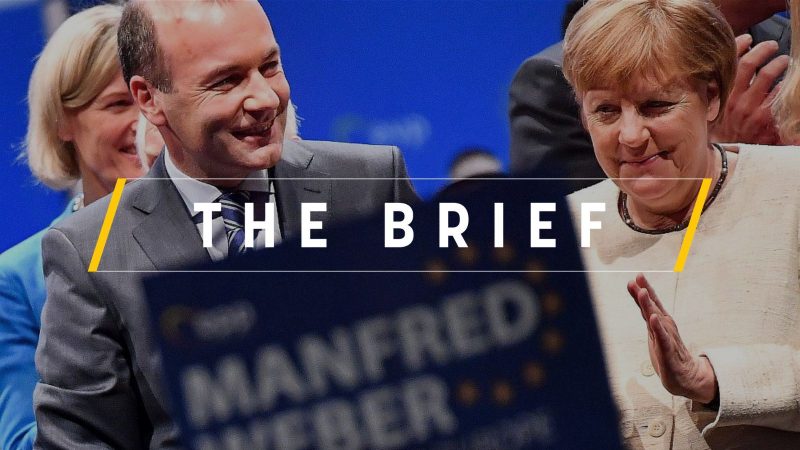 The Brief – The EPP’s Hobson’s choice

The clock is ticking on agreeing on the new European Commission president and the once almighty European People’s Party is having some tough choices to make in the next couple of days. The Mexican standoff between France and Germany, amplified...
News 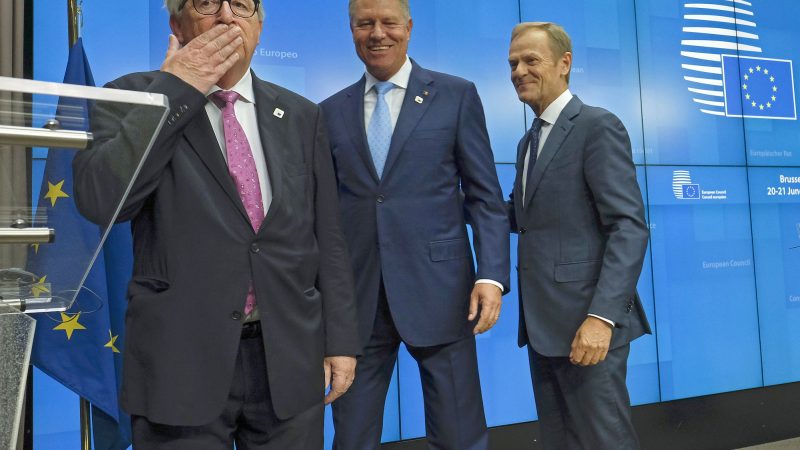 EU leaders wrapped up a two-day summit on a low note on Friday (21 June), having failed to agree on the distribution of the EU's top jobs for the next five years.
Interview

As EU leaders prepare for what is likely to be a protracted period of negotiating a majority in the fragmented new European Parliament,  EURACTIV looks at the winners and losers of the European elections held in the 28 member states.
News

The conservative European People's Party once again won the most seats in the European Parliament after EU elections on Sunday (26 May) but will face difficulties building a controlling majority as the Greens, the Liberals and the far-right posted big gains, reflecting growing political polarisation in the 28-country bloc.
Read more »»
RSS - Zoran Radosavljevic