The European Parliament will vote on the new Common Agricultural Policy (CAP) at the end of the week. In an interview with EURACTIV France, Bundestag MP Harald Ebner (Greens) spoke about how crucial it was to integrate the European Commission's 'Farm to Fork' strategy into the new CAP, which according to him, should be greener and fairer.

Some MEPs are getting personally involved in the fight against the coronavirus. EURACTIV France spoke to one of them, French centrist MEP Chrysoula Zacharopoulou, who is currently on the 'front lines' at a military hospital near Paris.

In an interview with EURACTIV France, socialist MEP Pierre Larrouturou deplored the meagre €7.5 billion proposed in the European Commission's Just Transition Fund. To finance EU climate action, he suggests some of the ECB's "easy money" could fuel the European Investment Bank (EIB) instead of going into private banks.

While visiting Paris, American economist Jeremy Rifkin talked to EURACTIV France about his hopes for the new European Commission's Green Deal, while calling for a climate narrative that inspires real change across society.

Louis Degos, an international arbitration lawyer, spoke to EURACTIV France about the French National Assembly's ratification of CETA, the EU-Canada free trade agreement, which, in case of disputes, would resort to the use of often confidential arbitration procedure.
Special Report

In an interview with EURACTIV France, the president of Strasbourg's city council and task force lead defending the European Parliament's Alsace HQ, spoke about the so-called single seat issue. Frédéric Bierry highlighted the economic benefits for Germany, as well as the preference of MEPs and European officials to live in the city.

In an interview with EURACTIV France, the founder of thegoodlobby.eu and law professor, Alberto Alemanno, spoke about European trends that are spreading across the borders, the public's renewed interest in the EU, and how nationalism is spreading. 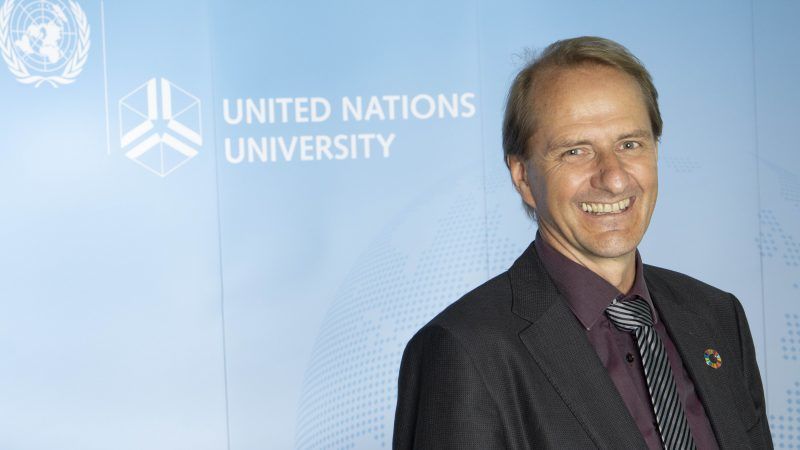 As the debate on the French finance bill for 2019 kicks off, the discussion will focus on growth. Once again, the French government has failed to publish its assessment of the new wealth indicators on time. EURACTIV France reports.
Special Report

So-called “capacity mechanisms” are being set up across EU member states to remunerate power stations that remain on standby in case of demand peak. While a European framework is needed to regulate those schemes, Fabien Roques believes they should be adapted to local circumstances. EURACTIV.fr reports.

In honour of International Women’s Day, France's European affairs minister, Nathalie Loiseau, talks about women and their place in Europe in an interview with EURACTIV.fr.

In honour of International Women’s Day, Sylvie Goulard talks about women and their place in Europe in an interview with EURACTIV.fr.

Water resources are unequally distributed on the planet. But access to water and sanitation depends mainly on good urban planning, Cécile Gilquin said in an interview with EURACTIV.fr
Read more »»
RSS - EURACTIV.fr