Serbia's new government will have a shorter term, as the next general election will be held in April 2022 at the latest, simultaneously with the presidential polls and municipal elections in Belgrade, Serbian president and leader of the ruling Serbian Progressive Party (SNS), Aleksandar Vučić, said on Tuesday (20 October).
News
Politics 11-09-2020

Serbia will hold parliamentary, provincial and local elections on Sunday (June 21), which the ruling Serbian Progressive Party is expected to win hands down, while the biggest opposition bloc plans to boycott the vote, saying it will not be fair and legitimate.
News

Four members of parliament have gone on hunger strike in Serbia. Two opposition MPs are protesting over Kosovo, while two others from the ruling party are taking a stand because they are dissatisfied with the opposition’s behaviour.
News

President Donald Trump's special envoy for the negotiations between Belgrade and Priština told the two former Balkan foes on Friday to make major concessions that would enable them to work together and focus on the economy.
News

The participants of an inter-party dialogue mediated by EU lawmakers have agreed that there are no conditions for a fair and free election in Serbia. EURACTIV Serbia reports.
News

Russian Prime Minister Dmitry Medvedev reiterated Moscow's support for Serbia during a visit to Belgrade on Saturday (19 October) and announced the signing of a free trade agreement between Serbia and the Russian-led Eurasian Economic Union (EAEU).
News 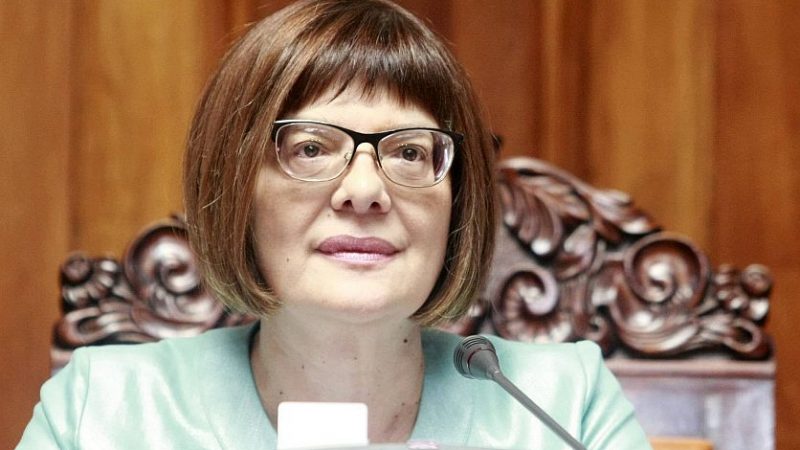 European Parliament representatives will attempt to help bring back dialogue to the Serbian parliament, which the opposition has boycotted for months. The first meeting of European and Serbian parliamentarians in Belgrade is to take place in early October, six months before the country's next general election.
News

Serbia will join the EU only when it is deemed ready and the bloc has been reformed and fit to take in new members, the presidents of Serbia and France agreed during Emmanuel Macron's visit to the country. But Serbia's Aleksandar Vučić quietly conceded that Belgrade would not be able to join the EU in 2025.  EURACTIV Serbia reports.
News

EU candidate Serbia is carefully watching this week's European Parliament election as its result may impact Belgrade's progress towards EU membership. Though Brussels is not expected to abandon enlargement, the process is almost certain to slow down, at least this year.
News

NGOs in Serbia have adopted a joint document aimed at preserving the civil society and its freedoms in the EU candidate country, after seeing a growing number of physical assaults on their activists and verbal abuse in pro-government media. EURACTIV Serbia reports.
News

Serbia's accession to the EU in 2025 seems unrealistic, given its slow pace of progress, though not entirely impossible, civil society representatives have said but warned that neither Belgrade nor Brussels were trying very hard. EURACTIV Serbia reports.
News

Serbian citizens have been protesting for four months, asking the government to ensure media freedom, crack down on corruption and tackle issues like unemployment, poverty, and the young generation's brain-drain. EURACTIV Serbia reports.
News

Serbia and the members of the Moscow-led Eurasian Economic Union (EAEU) have resolved controversial issues related to brandy and cheese quotas, paving the way for signing a comprehensive free trade agreement.
News

Serbia's official position in the dialogue with Kosovo is to go for a border demarcation along ethnic lines between Belgrade and its former province, Foreign Minister Ivica Dačić has said without elaborating further. Dačić's statement was met with protests in both Belgrade and Priština.
News

Serbia has been given the go-ahead to build a section of the Turkish Stream pipeline from the Bulgarian to the Hungarian border, so long as not only Russian gas is transmitted through the pipeline. EURACTIV Serbia reports.
News

Although Serbian citizens will not vote in the European Parliament election in May, its outcome is certainly of interest to them because it will affect the future course and pace of the EU candidate country's negotiations with Brussels.
Read more »»
RSS - EURACTIV.rs