Amid continuing US pressure, Huawei looks for the ‘European way’ 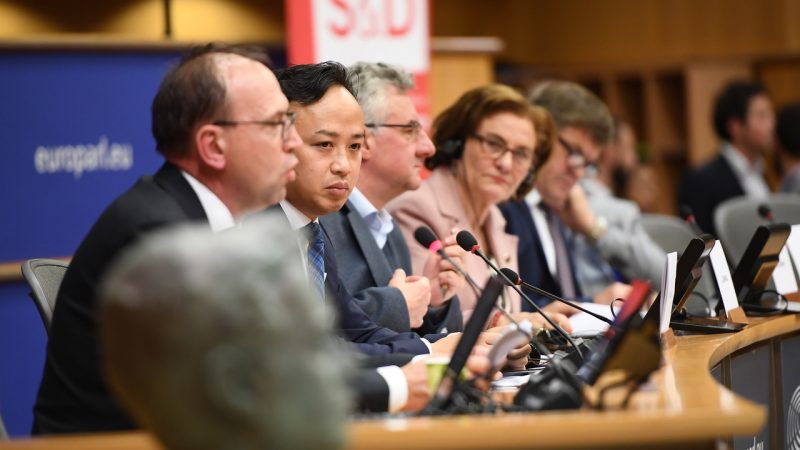 Huawei’s Chief Representative to the EU, Abraham Liu, appearing in front of MEPs at the European parliament in Brussels on Wednesday evening.

Huawei implored the EU to grasp their future ‘digital sovereignty’, as the company fielded questions from a cross-section of MEPs in Brussels on Wednesday evening (16 October). The hearing came as the US administration renewed its campaign against the Chinese company, claiming it poses a series of risks to the European market.

“We understand that new technologies create opportunities and changes, but changes come with uncertainty – and uncertainty can bring unease and anxiety,” Huawei’s Western Chief Abraham Liu said, acknowledging that there were still trust issues related to the uptake of Huawei equipment.

However, Liu was unambiguous about Huawei’s commitment to the further development of the 5G ecosystem in Europe, saying that the firm can offer “most advanced technologies that can be used to connect the continent and enable Europe to lead the fourth industrial revolution.”

Ahead of Huawei’s appearance in front of MEPs, Brussels reporters were briefed by US Deputy Assistant Secretary of State for Cyber Robert Strayer, who said “it is very important that the European Union now move forward with security measures” that would inhibit “the ability of a third government to influence the vendor of technology in a European country.

Strayer reaffirmed an earlier claim by the US administration that Washington may decide to sever intelligence ties with certain EU member states, should they decide to work with ‘untrusted’ vendors.

“We want to continue to have important information-sharing and intelligence-sharing relationships with governments like Germany,” Strayer said. “If there’s technology that’s untrusted deployed in their 5G networks, then we’ll have to reassess how we share information with countries like Germany.”

However, on Wednesday evening, Abraham Liu applauded the move of the German government to keep the door open to Huawei, following the finalisation of Germany’s security catalogue, which foresees an evaluation of technical and security standards for vendors to abide by, but does not bar any specific company. 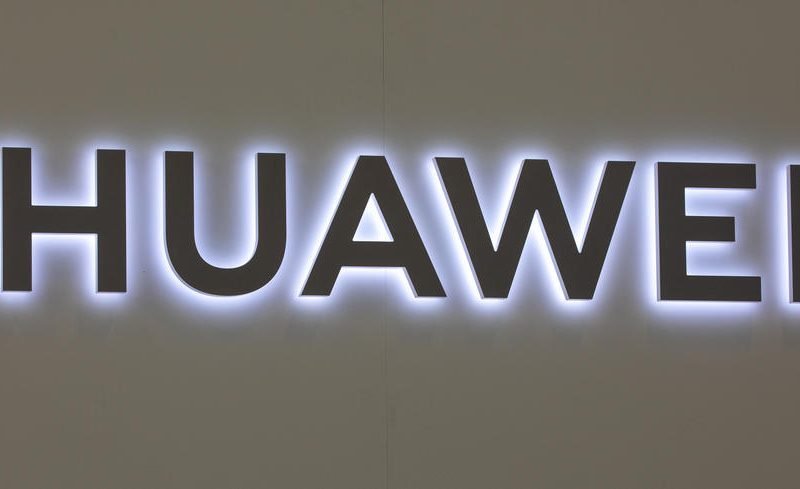 “We welcome Germany’s decision,” Liu said. In a sign that German-China relations are set to blossom into the future, Chancellor Angela Merkel said on Thursday that relations with the world’s second-largest economy are a priority for her country when it takes up its Presidency of the EU Council on 1 July 2020.

Wednesday’s hearing, staged by a cross-section of MEPs including S&D’s Maria Grapini, Franc Bogovic of the EPP, Renew’s Bill Newton Dunn, and Jan Zahradil of ECR, also allowed stakeholders to rally the importance of cybersecurity and innovation in parallel, as part of Europe’s future 5G landscape.

Turo Mattila, chair of the EU Council’s horizontal working party on cyber issues for the Finnish permanent representation of the EU, said that a “balanced approach” is required, ensuring that the EU doesn’t lag behind in its future rollout of 5G technologies, but that cybersecurity is also taken seriously in the process of doing so.

5G “brings new opportunities for advancing innovation”, Mattila said, adding that “the swift rollout of 5G is crucial for the competitiveness for the EU” and that the “security risks related to 5G are well founded” and will be duly considered by the EU.

Following last week’s EU report on the coordinated risk assessment of 5G networks, which stressed that “threats posed by states or state-backed actors are perceived to be of highest relevance,” EU member states have now been tasked with working on a set of risk alleviating measures to mitigate the cybersecurity risks outlined in the report.

Member states will work alongside the Commission and ENISA, the European Agency for Cybersecurity, in the drawing up of the plans, which are set to be ready by the end of December this year.

Against this backdrop, Mattila said it is important that “member states are united in their approach” to 5G cybersecurity.

From multilateral to bilateral talks

However, speaking on Wednesday, Yves Melin, International trade and EU regulatory lawyer at Partner at Steptoe & Johnson LLP, said that in terms of future geopolitical strategic relationships, “we are retreating from multilateral negotiations,” as bilateral discussions are favoured by certain national governments worldwide.

This has most recently been evidenced in the US strategy on the European market in terms of 5G, following the signing of several security agreements with individual EU member states.

In August, ambassadors from Romania and the United States signed a memorandum for the development of secure 5G networks, including criteria for selecting companies permitted involvement in 5G infrastructure.

In September, US and Poland signed a joint declaration to collaborate on 5G security in what US Vice President Mike Pence said would “set a vital example for the rest of Europe”.

EURACTIV understands that over the past month US government officials have also been meeting with Commission representatives, in order to jockey for influence in the Huawei debate.

The challenge to Huawei’s credibility doesn’t seem to be impacting the company’s business too badly, however, after financial data published yesterday revealed steady increases in profit and a rise in smartphone exports.

With increasing revenues, the company is confident that it can lead its future investment plans into the heart of Europe, where there are concerns that some countries on the bloc simply do not have the outlay available to develop their 5G infrastructure efficiently themselves.

On Wednesday, Vice-Chair of Parliament’s IMCO Committee, S&D’s Maria Grapini, said there are EU “countries that cannot bear the cost of 5G deployment,” adding that worldwide 5G revenues are estimated at €225 billion in 2025, and up to two million new jobs could be created.

3 responses to “Amid continuing US pressure, Huawei looks for the ‘European way’”