Austria to also rely on Huawei in 5G rollout 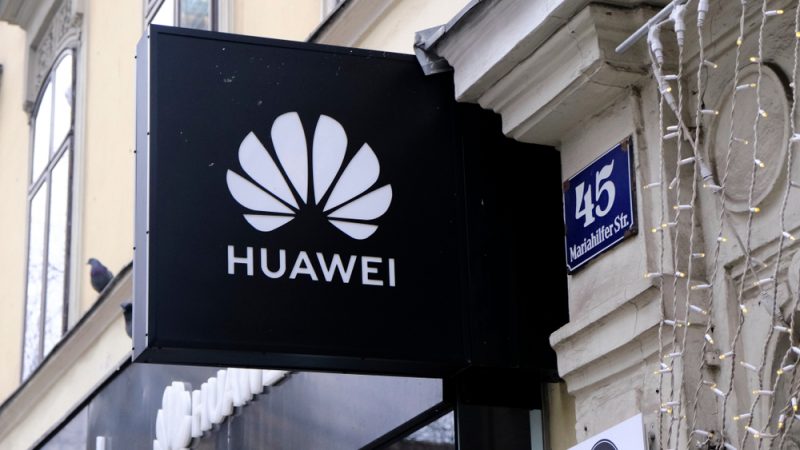 Austria's largest network operator, Magenta, is also relying on Huawei for the expansion of its 5G network, alongside Ericsson and Nokia. [Alexandros Michailidis/Shutterstock]

Austria is on course to expand its 5G network, using Chinese supplier Huawei despite other countries refusing to partner with them and some going as far as banning the company due to supposed security risks. EURACTIV Germany reports.

Following a recently amended law, Austria has created a non-political expert advisory board to assess the risk posed by 5G suppliers. Despite concerns from scores of other countries, they will likely forge ahead with Huawei.

The amendment to the law, which attempts to put the legal basis for expanding the 5G network in Austria on a new footing, was recently passed in the Federal Council.

“The goal is to establish Austria as a 5G pioneer in Europe, and to secure a top spot for Austria among the top three in digitalisation in the EU, and among the top 10 worldwide,” Andreas Reichardt, section head for telecommunications at the agriculture and regions ministry, said on Wednesday (27 October).

Austria thus wants to provide nationwide 5G coverage by 2027, which is three years earlier than the date envisaged by the European Commission, Reichardt said.

The revision of the Telecommunications Act also introduces a monitoring system for high-risk suppliers. However, this merely implements the minimum standards of the EU 5G Toolbox, which attempts to mitigate potential risks in the 5G network roll-out.

Regarding 5G suppliers, Austria has opted for a non-political expert advisory board to assess the risk posed by some. This contrasts with the confrontational course some EU countries have chosen against Chinese suppliers like Huawei.

The advisory board will prepare a perception report on possible high-risk suppliers every two years to ensure an “objective basis for decision-making,” a spokesperson for the responsible agriculture and regions ministry told EURACTIV.

“A certain country of origin or ownership structure alone is not an exclusion criterion. The criteria are applied equally to all suppliers,” the spokesperson added.

In 2018, Austria specified in its 5G strategy that expanding the network should be driven forward through close economic and research cooperation with Asian countries, including China.

This cooperation was also one of the main topics at Wednesday’s (27 October) 2021 Huawei European Innovation Day.

The annual event was held this time in Vienna. Huawei announced the start of several innovation and sustainability projects in the country and highlighted the importance of close cooperation with Austrian companies – for example, in the field of smart farming.

A source familiar with the matter told EURACTIV that Huawei chose Austria as the location for this year’s event because of its accommodating approach to 5G.

Praise for the Austrian law also came from Huawei itself. For example, Huawei’s Vice President for Central and Eastern Europe, Radoslaw Kedzia, stressed that the Austrian law would create the right balancing act between high-security standards and preserving competition in the market. “The balance has been achieved well in Austria,” he told EURACTIV.

For example, the largest network operator in Austria, Magenta, is also relying on Huawei to expand its 5G network, alongside Ericsson and Nokia.

Huawei has increasingly been caught in the crossfire of lawmakers in recent years. Some countries, like Sweden, have excluded Huawei from the market altogether. France plans to phase out Huawei’s participation in the 5G network by 2028, and Italy vetoed a deal to supply 5G in the country.

In Germany, the government can use a veto to prevent the purchase of unsafe devices by network operators.

In its 5G Toolbox, the EU also mentions the possibility of foreign states exerting influence on a 5G supplier as a possible exclusion criterion for network expansion.

Background to the debate is the Chinese State Security Law, which prescribes close cooperation between companies and the Chinese government.

According to critics, there is a risk of Huawei building backdoors into the 5G network that could then be misused for espionage or blackmail purposes. But Huawei denies these allegations. “There are no provisions or laws in Chinese law that would require us to share data collected outside China,” said Kedzia.

However, Western security bodies consider China’s cybersecurity law to give indiscriminate access to its national security services and accuse Beijing of systematically engaging in industrial espionage or other hostile activities.

For example, Lithuania’s National Cyber Security Centre said at the end of September that mobile phones from Chinese manufacturers, including Huawei, could have security vulnerabilities and be misused for censorship purposes.

Germany’s Federal Office for Information Security (BSI) has also initiated investigations in this regard.

In Austria, however, the issue surrounding a potential security risk from Huawei has not made much of an impact. When the amendment to the Telecommunications Act was passed in the National Council, such concerns were not even discussed.