The European Commission has revealed that is it looking into antitrust complaints levelled against the Finnish telecommunications giant Nokia, over the company’s alleged refusal to license mobile components that could be used in next-generation connected cars.

A Commission official told EURACTIV that they are “currently assessing those complaints.” 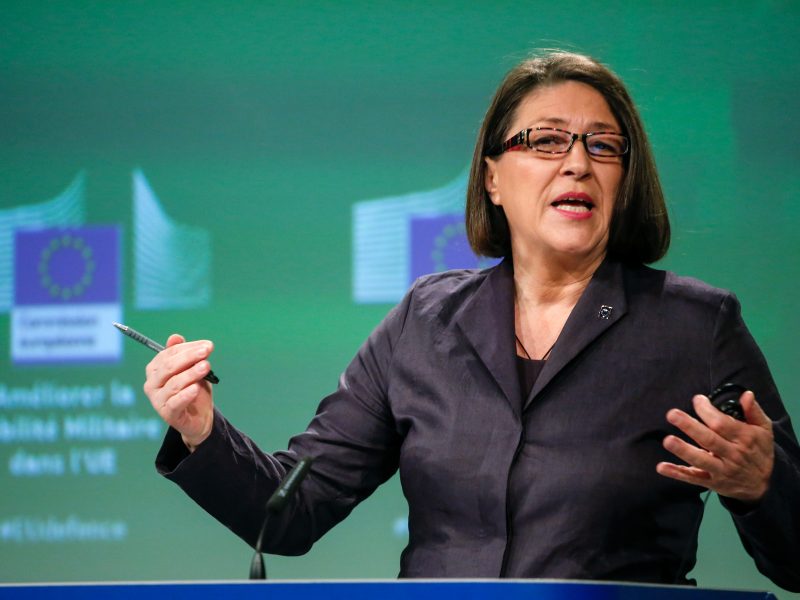 All of the complaints relate to Nokia’s refusal to issue Standard Essential Patents for vital wireless components, which the car firms believe could hinder their ability to offer new products and services related to next-generation connected cars.

Nokia had previously said that it would license the use of its technologies on “fair, reasonable and non-discriminatory terms.” In not abiding by this commitment, Bury technologies say that “there is a risk that one of the companies will take unfair advantage of its dominant position in the market.”

The Commission’s next move will be followed with interest. Should they decide to take further action on the complaints, any decision could set a precedent for future antitrust decisions in the field of connected devices.

In response, Nokia hit back at Daimler in particular, describing its accusations as “meritless.”

“Daimler has resisted taking a license to the Nokia inventions it is already using,” Mark Durrant, Director of Communications as Nokia, told EURACTIV. “Daimler’s allegations in its complaint to the EU are simply the latest in a long series of actions to avoid taking a license.”

“With regard to the complaints, we are proceeding according to the Commission’s normal practices,” he added.

Meanwhile, on Wednesday, MEPs in Strasbourg took up a stance in favour of the Commission’s plans for the future connectivity of next-generation vehicles.

The proposal had been drafted as a Delegated Act, a fast-track procedure that legislates on the basis of input from EU countries. Debate on the measures had centred around Commission plans for how vehicles should be connected in the future, either by using 5G or WiFi networks.

Last week, MEPs in the Parliament’s Transport Committee voted to reject the Commission’s Delegated Act, which prioritises WiFi as the networked technology to be used for connected vehicles.

Following the vote, the mobile industry reacted with frustration.

“The Delegated Act will lock European citizens into an outdated technology that is not future proof and that only one car manufacturer in Europe is expected to deploy,” Afke Schaart, VP & Head of Europe for the mobile trade body GSMA, said.

“It doesn’t matter how many billions of euros of tax money you put into C-ITS; if car manufacturers don’t install Wi-Fi, the system will fail.”

Meanwhile, lobbyists against the Commission’s plans hope that national ministers will oppose the measures. The scrutiny period for member states lasts until 13 May, with the working party on Transport having two meetings scheduled for 3 May and 10 May.

Following criticism of the plans from Spain and Finland, the Council Legal Service is conducting a legal analysis in response to the concerns. The legal analysis is set to be presented to member states on May 3, after which the Council will make a decision on its position.