Huawei 5G equipment will probably be used in core aspects of the UK’s future 5G network infrastructure, the founder of the Chinese telecommunications giant, Ren Zhengfei has said. His claim runs contrary to the stance held by the UK cabinet, which was to permit the company access only to ‘non-core’ aspects of the country’s 5G networks.

Speaking to a closed-door group of journalists at the company’s Shenzhen headquarters last week, Ren claimed that despite the UK government’s stance on Huawei, it’s “very likely Huawei products will be deployed in the UK’s core networks in the future.”

Ren also claimed that some UK parliamentarians believe that the “UK may only be able to stay ahead if Huawei products are used in their core networks.”

The UK government cabinet office has not yet responded to EURACTIV’s request for comment on Ren’s words, but last night (22 July), the UK’s digital secretary Jeremy Wright attempted to shine a light on the UK’s position on Huawei. 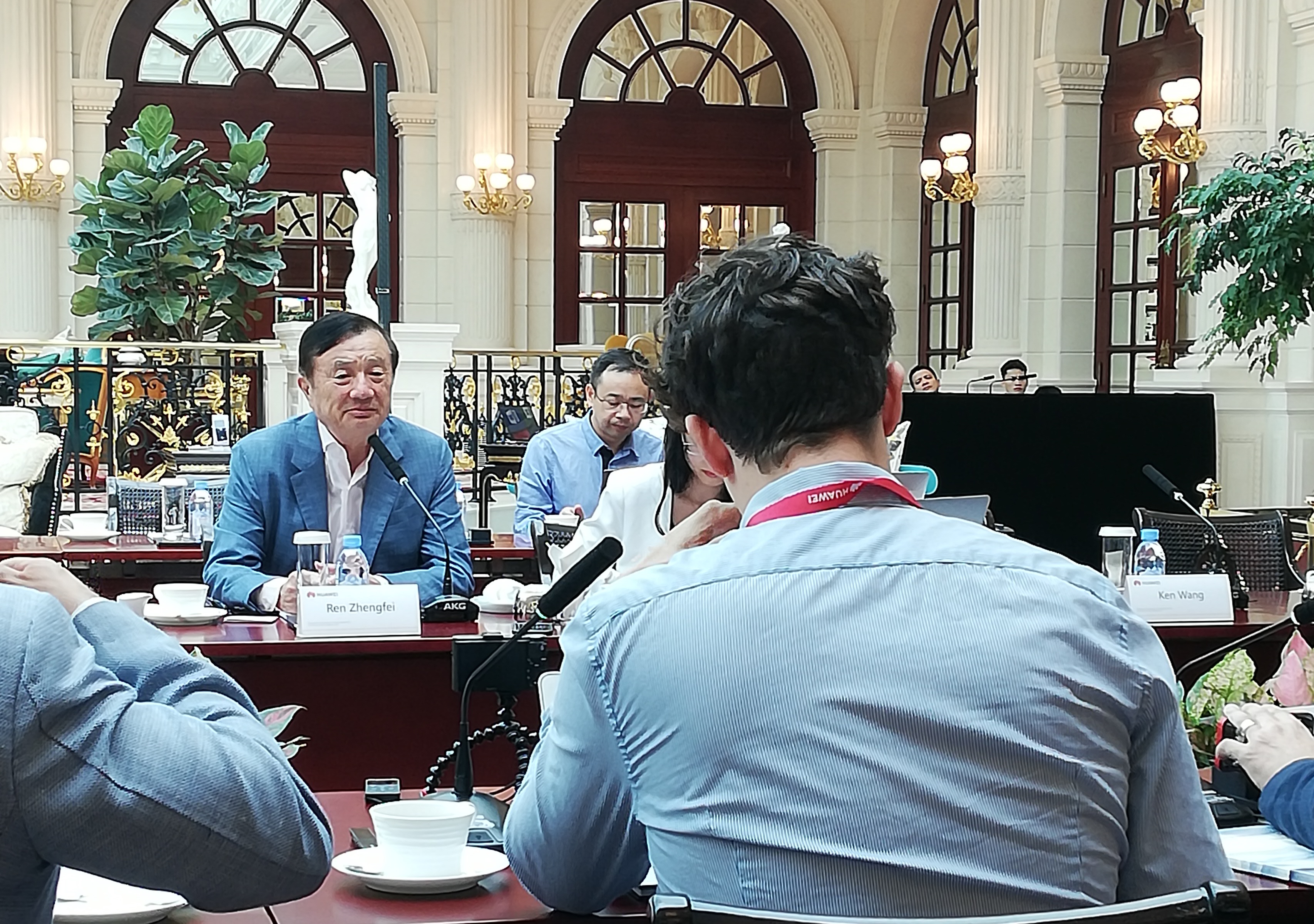 Huawei Founder Ren Zhengfei sat down with EURACTIV and a select group of Italian reporters at the company’s headquarters in Shenzen, China, last week.

Speaking to Parliament on publication of the government’s Telecoms Supply Chain Review, Wright said that in fact the UK had not yet adopted a stance on the Chinese tech giant. “The government is not yet in a position to decide what involvement Huawei should have in the provision of the UK’s 5G network,” he said.

However, Wright added that since May, when the US had placed Huawei on an entity list – making it difficult to obtain licenses for American companies to do business with Huawei – the UK has had to take note of the fact that these “measures could have a potential impact on the future availability and reliability of Huawei’s products together with other market impacts.”

“Since the US government’s announcement we have sought clarity on the extent and implications but the position is not yet entirely clear,” Wright said.

“Until it is, we have concluded it would be wrong to make specific decisions in relation to Huawei.” 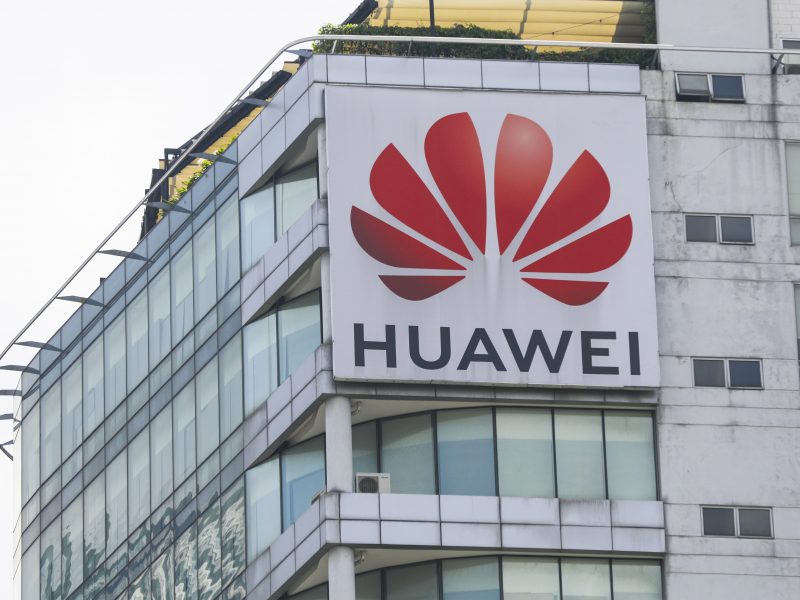 Huawei has come under criticism for purported backdoors installed in their products which would enable Chinese-state-led espionage, a claim propagated by the US government and one that the company has vehemently denied. Ren last week echoed Huawei’s position and added that the firm is more than happy to “sign ‘no-backdoor’ agreements with any country.”

A recent letter from Norman Lamb, the Chair of the UK’s Science and Technology Committee to Wright warned that the “Government should mandate the exclusion of Huawei from the core of UK telecommunications networks.”

Despite this recommendation, Lamb also said that a “complete exclusion” of the company from the UK’s networks would not “constitute a proportionate response to the potential security threat.”

More broadly in Europe, Ren told EURACTIV last week that although that he’s “not very familiar” with the newly elected President of the European Commission, under her leadership she should adopt a position closer to China than the US, in terms of trade.

“Chinese and European economies are complementary in many aspects. We can leverage this short window of opportunity to drive the rapid development of trade between the two sides,” he said.

“After the fight between the US and China is over, the US will find that the Chinese market is fully occupied by its allies. Europe should not follow in the footsteps of the US.”

Ren added that Huawei considers the European market as its ‘second home,’ and is investing heavily in the region. This is particularly true in Italy, where the company plans to invest $3.1 billion over three years, adding 1,000 jobs in the country until 2021, according to Thomas Miao, chief executive at Huawei’s Italian unit.

EURACTIV exposed the ever-closer political and economic relationship between Italy and China in March, when we revealed that China plans to cooperate with Italy in the development of “roads, railways, bridges, civil aviation, ports, energy, and telecommunications” as part of Beijing’s Belt and Road Initiative. Huawei very much appears to be riding this wave.

In this context, Italy has reportedly stepped back on its ‘golden power’ provisions which would have allowed the government to adopt emergency legislation to intervene in the development of 5G infrastructure in the country. Cabinet undersecretary Vincenzo Santangelo told the Senate’s Finance committee last week that the government would not seek to approve a decree which would have strengthened the ‘golden power’ abilities.

Huawei had previously put the Italian government under pressure to do away with the plans, with Luigi De Vecchis, chairman of Huawei Italia recently saying that the changes would result in ‘discrimination’ against Huawei, as the plans would only affect non-EU companies.

“We have full confidence that the Italian government will not exercise its veto power against Huawei,” he added.

Amid the current US-China trade War, Ren is fully aware of the importance of securing trust in the European market, as consumers on the continent are confronted by a wave of negative publicity about Huawei emanating from across the Atlantic.

After Ren’s daughter Meng Wanzhou was arrested at the request of the US in Vancouver for allegedly breaching American trade restrictions on Iran in December last year, with the company being placed on the US entity list, Ren says that the company felt that they were facing ‘prejudice’ globally, having become a pawn in the trade war tensions between the US and China.

Vincent Pang, President of Huawei’s Western European Region, told EURACTIV recently that this is a position that the company is “not comfortable with” and they would rather not be used as a bargaining chip in talks between the US and China, as has previously been suggested by US President Donald Trump.

However, Ren is under no illusions as to the influence that the US holds globally, and is keen on cleaning up the company’s message with American allies.

“The US is very powerful and its voice resonates around the world. People tend to believe whatever it says. Because of this, we have faced a lot of pressure,” he said.

“By speaking out, I help convey the truth about Huawei so that the world as a whole can better understand us.”