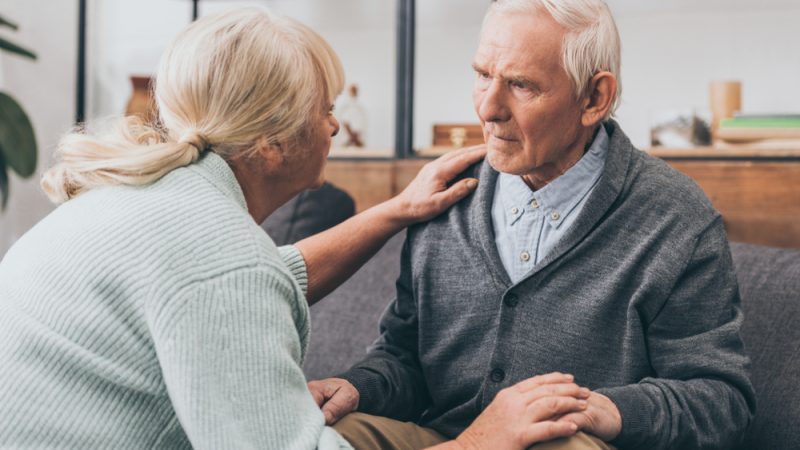 Italy’s national plan to tackle dementia was approved in 2014 but no funding had been secured until late 2020, when the Italian parliament approved the so-called 'Dementia Fund', setting aside €15 million for three years (2021-23). [Shutterstock/LightField Studios]

Italy invests as little as it can in dementia even though the disease costs billions to its economy, experts told EURACTIV Italy.

Italy’s national plan to tackle dementia was approved in 2014 but no funding had been secured until late 2020, when the Italian parliament approved the so-called ‘Dementia Fund’, setting aside €15 million over three years (2021-23).

According to Vanacore, the Scientific Director of the ISS Dementia Observatory, the decree of the Italian health ministry on the distribution criteria will be hopefully approved in the coming days, six years after the publication of the National Plan for the Management of Dementia (PND).

“These delays are inexplicable: even 2021 is about to end without funding,” said Vanacore.

He said the ‘Dementia Fund’ represents the most significant public health operation ever approved in Italy, however, he stressed that the funding is meager, especially if we consider “that the direct and indirect costs of dementia in Italy are estimated at €12 billion annually”.

However, Vanacore noted that a similar fund for autism at the beginning was also financed with €15 million, which then became €40 million yearly.

According to the most recent data of the NGO Alzheimer Europe, in Italy, the number of people affected by forms of dementia in 2018 totalled 1,28 million.

The assessment, diagnosis and treatment of these pathologies is entrusted to 579 Centers for Cognitive Disorders and Dementias (CDCD). But their allocation differs significantly according to the regions, which in Italy have the power to manage the organisation of the health system at the local level.

Patrizia Spadin, president of AIMA, the first NGO in Italy to deal with dementia, told EURACTIV Italy, that Italy “makes a bit of money available, and invests as little as it can” on dementia care.

The CDCDs, she added, “was born thanks to the goodwill of hospitals or local clinics, and for this reason too, they are poorly distributed. There has never been a structured commitment from the government to invest in personnel, equipment and the creation of a network”.

In fact, the 2014 National Plan for the Management of Dementia (PND) has so far been accepted by only 15 out of 20 Italian regions.

Yet in theory, the plan should be updated every three years, but only now a new version is being worked on, Vanacore said.

The updated version will include the results of the studies on the new drug Aduhelm (aducanumab), which, Vanacore recalled, has been approved on a conditional basis: by 2029, the manufacturer Biogen will have to conduct a new study that documents the clinical efficacy of the drug.

“Knowing that this will probably not be the definitive solution, the approval of aducanumab was a great event”, according to Patrizia Spadin, president of AIMA, the first NGO in Italy working in the area of dementia care.

“This result will give strength to all the research, because it is the first novelty in 20 years” for the treatment of Alzheimer’s, Spadin told EURACTIV.

“The fact that there is still no evidence of clinical benefit”, that is, the removal from patients’ brains of amyloid plaques believed to be one of the most likely causes of Alzheimer’s-induced cognitive degeneration, “has sparked much criticism in medical journals, even if many cancer drugs have been approved with the same procedure”, Vanacore said.

“There are also safety problems because an important number of patients undergoing this treatment had small cerebral haemorrhages,” he added.

Another aspect to consider, according to Vanacore, is the fragility of the diagnostic category of ‘mild cognitive impairment’ (MCI), the condition of the patients on which aducanumab focuses.

The registration studies of the drug, in fact, involve 80% of patients diagnosed with MCI and 20% of patients with mild dementia.

MCI is a clinical condition characterised by a slight difficulty in one or more cognitive domains (for example, memory, attention or language): those affected face difficulties in delivering complex tasks that before they always performed without difficulty, such as managing their financial affairs. But day-to-day activities are not compromised.

“Current diagnostic criteria are unable to intercept a person with a very early stage of dementia”, Vanacore said.

“Therefore in 1999 it was introduced the category of MCI, which is considered the irreversible beginning of a process that will lead to dementia. In the scientific literature on this issue, however, cases of patients returning to normal are frequent: for example, because they received a diagnosis of MCI when their mood was influenced by the loss of a loved one”.

For this reason, the clinical studies on aducanumab “also include not only people with MCI”. For Vanacore, “it takes a great deal of expertise to make a diagnosis of MCI”, and consequently the decision to use the new drug “will have to be evaluated with great attention”.

In Italy, there are about 900,000 patients with MCI. Given these uncertainties relating to aducanumab – explained Vanacore – “a unique research” is underway. It aims to identify the audience of patients “in whom the probability that MCI will convert into overt dementia is higher”, to whom the national health system will reimburse the treatment with the new drug.

The project, called ‘Interceptor’, plans to evaluate 400 people with MCI to “a biomarker assessment”, that is, neuropsychological tests and instrumental examinations, and then assess their clinical evolution over time. In those who convert to a state of dementia, the study will try to identify, through statistical models, which are the predictive biomarkers of this evolution.

“The results”, added Vanacore, “will arrive not before than the second half of 2023, while it is likely that aducanumab could be commercialised as early as next year. AIFA will therefore have to manage a transition phase”.

Once approved in Italy, aducanumab “will be usable only by a small percentage of patients with Alzheimer, especially in an initial phase of the disease”, explained to EURACTIV Mario Possenti, general secretary of the NGO Federation Alzheimer Italy, part of Alzheimer Europe.

“This raises the issue of diagnosis, which must be more than certain. In Italy, as in other countries, one of the problems is having it at a fairly early stage”, he said.

According to Possenti, the reasons are “the social stigma that still persists towards the disease and the waiting times in CDCDs”. On average, it takes 1.6 years to get a diagnosis of dementia in Italy.