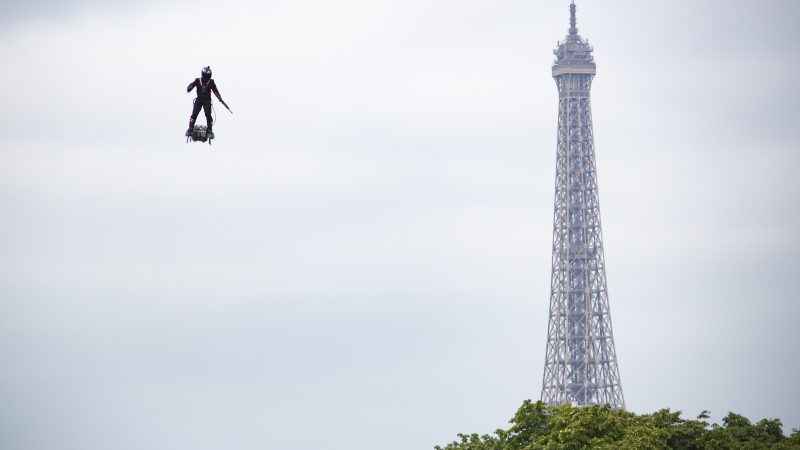 Macron made the announcement on the eve of Bastille Day national celebrations in Paris, which this year featured the traditional military parade and a demonstration of a futuristic jet-powered flyboard by French entrepreneur Franky Zapata.

Zapata’s flying machine could have military capabilities as either an assault or logistics platform. During the demo on Sunday, part of a display of new military technology, Zapata rode the flying board carrying an assault rifle.

The inventor was given a €1.3 million development grant and his flyboard can reach speeds of nearly 190km/h during a 10-minute-long flight. Zapata intends to cross the Channel later this month.

“The army is transforming: it is modernising for our soldiers, our sovereignty and our independence,” Macron told French media in brief remarks.

The president also told military leaders at a pre-Bastille Day reception that “to assure the development and the reinforcement of our capacities in space, a high command for space will be created in September”.

“The new spatial and military doctrine that has been proposed to me by the [defence] ministry, which I have approved, will allow us to ensure our defence of space…,” he added.

France has a 2019-2025 military spending plan that earmarks €3.6 billion for defence in space, although it is unclear at this stage how much will be allocated for the new initiative. Minister for Defence Florence Parly will reveal the cost at a later date.

Under President @realDonaldTrump, American space technology has taken us higher, faster, & further into space than ever before! By working to establish the U.S. Space Force, this administration has ensured American dominance for years to come!

Little progress on the new wing of the US military, which requires the approval of Congress, has been made, although Netflix is working on a new sitcom based on the idea.

During his announcement, Macron said France “will reinforce our knowledge of the situation in space, we will better protect our satellites, including in an active manner”.

The European Commission has proposed rebranding the Global Navigation Satellite Systems Agency, headquartered in Prague, as the EU Agency for the Space Programme. It would be tasked with overseeing space situational awareness, including satellite defence.

That proposed change was not well-received by the European Space Agency, a non-EU organisation, which complained that the name would cause confusion. The agency is also unhappy with the EU institutions muscling in on areas in which it operates. 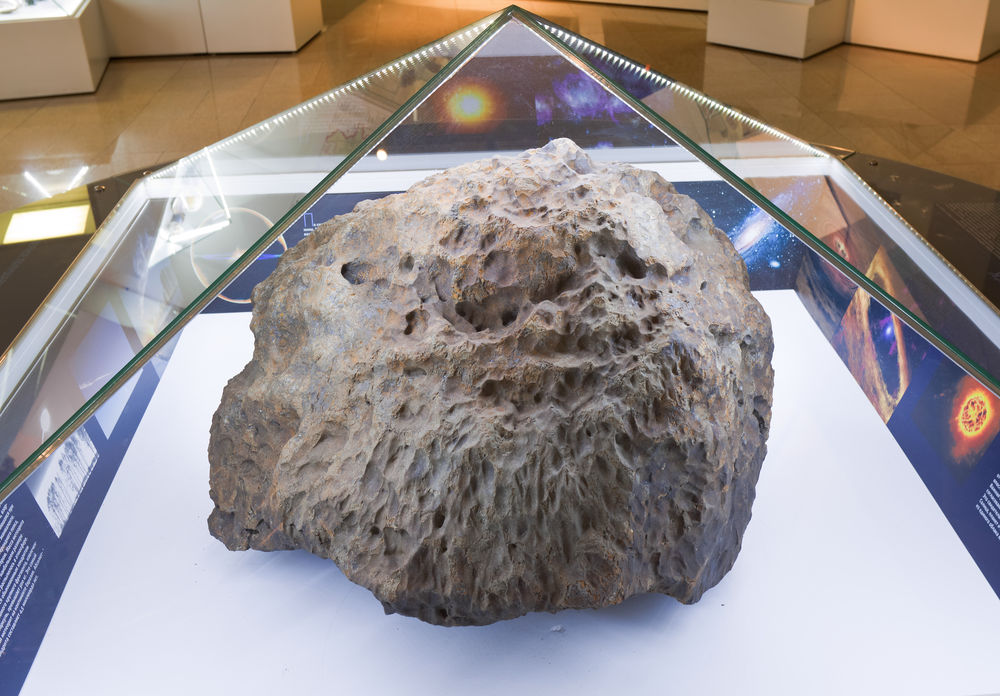 France is the latest large country to boost its military capabilities in space, following in the wake of the US, Russia and China.

In March, UN-backed talks in Geneva looked to nip in the bud a potential space arms race but they ended without an agreement.

At June’s Paris Air Show, French defence chief Florence Parly revealed that her services are investing in research into a new generation of military satellites.