Three fuel cell pods on each wing could power the aircraft. [Photo: Airbus]

In September, Airbus said it aimed to develop a commercial airliner by 2035 that can be fuelled by hydrogen, potentially unlocking the prospect of zero-emission air travel.

As part of that presentation, the aerospace firm released three concepts: a propeller-driven regional aircraft, a short-to-medium-haul airliner and a radical ‘blended-wing’ aircraft. Airbus is due to decide by 2025 which design to focus on.

Today, its engineers gave more details about the propeller concept, which could be powered by three ‘pods’ on each wing. Those self-contained units would include all of the liquid hydrogen, fuel cells, propeller blades and electronics needed to lift the aircraft.

“This ‘pod’ configuration is a great starting point to nurture further inquiry into how we can scale up hydrogen technology to commercial aircraft,” said Glenn Llewellyn, VP of zero-emission aircraft at Airbus.

He added in a statement that “this is one option, but many more will be conceptualised before we make a final selection, a decision that is expected by 2025.”

Airbus aims to design the pods so that they can be assembled, installed, removed and disassembled in record time, which could provide an elegant solution to refuelling worries. Airports do not currently have hydrogen-refuelling infrastructure.

Lead architect on the project Matthieu Thomas explained that “hydrogen fuel cells have very different design considerations, so we knew we had to come up with a unique approach.”

It is also an early attempt to pioneer a design that will cut down on manufacturing and maintenance costs. Given that hydrogen-flight is almost an entirely new technology for aviation, the development costs are predicted to be substantial.

A patent application for the pod concept will be filed this month and Airbus said in a statement that the idea has been in the works since 2018, suggesting that its attempts to build hydrogen aircraft is more than a PR exercise.

“Several more patent applications are expected to be submitted over the coming months and years as R&D continues on the ZEROe programme,” the planemaker said in a statement.

The French government has made billions of euros available as part of its COVID stimulus package for the aerospace industry, provided that it is partly used to develop zero-emission aircraft. Money from the EU’s €750 billion recovery fund is also expected to be used.

France was among 23 EU countries that on Thursday signed up to an Important Project of Common European Interest (IPCEI) aimed at scaling up and bringing down the costs of hydrogen production. It mirrors a similar scheme already in place for electric batteries.

As part of its new mobility strategy, the European Commission said that it wants a zero-emission aircraft to be in service by 2035, aligning its ambitions with the timeframe suggested by Airbus. The firm’s US rival Boeing has given little indication that it will follow suit.

Hydrogen has the potential to be zero-emission if it is produced using clean energy and electrolysis, rather than natural gas. But planemakers also face another problem if they want to develop truly emission-free aircraft as water-vapour is also an issue.

According to a recent EU study on the non-CO2 impacts of aviation, water vapour can have a significant impact on our climate. Airbus has suggested that it will be able to collect the H2O produced by fuel cells as part of its airframe designs. 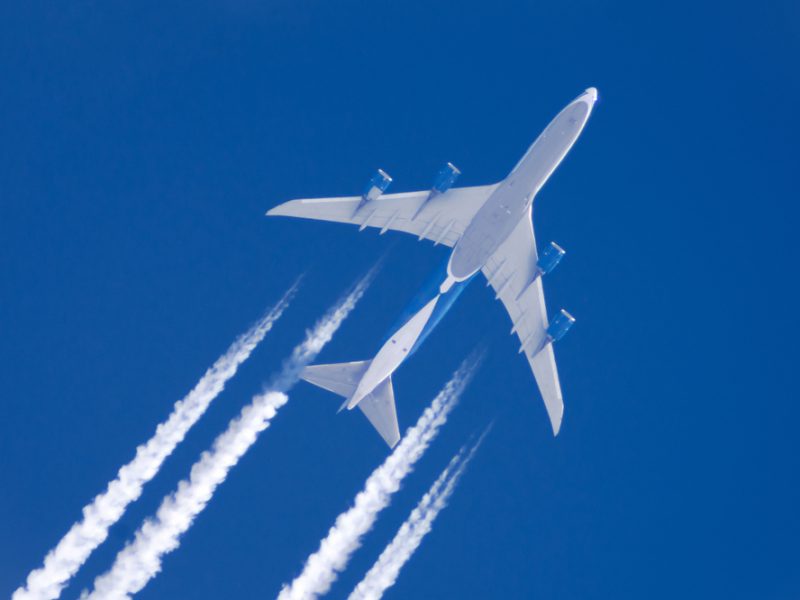 The European Commission published new findings on Wednesday (11 November) that confirm aviation’s non-CO2 climate impact is substantial, as the EU executive mulls how to regulate plane travel in the decades to come.