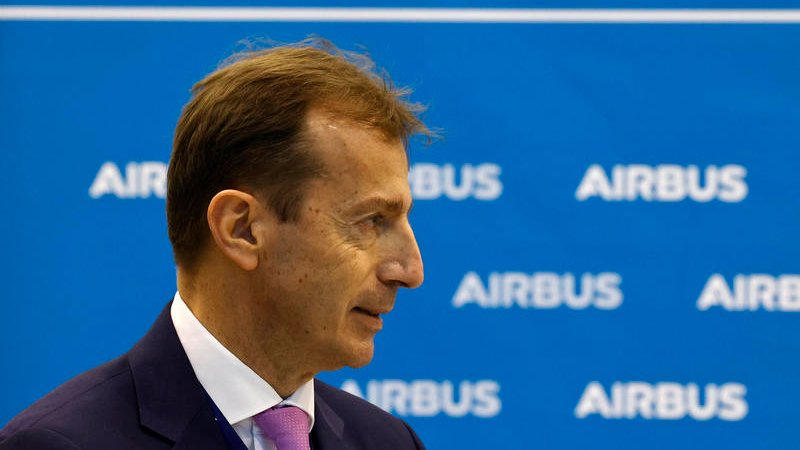 Airbus urged Europe on Tuesday (12 April) not to block imports of titanium from Russia, saying sanctions on the strategic metal would damage aerospace while barely hurting Russia’s economy.

Widening the action taken after Russia’s invasion of Ukraine to include a ban on importing titanium, which is used in planes and jet engines, would “not be appropriate,” Chief Executive Guillaume Faury said at an annual shareholder meeting.

On Monday, the European Union said that more sanctions were an option and the British Prime Minister Boris Johnson said on Saturday that Kyiv’s allies would continue to increase pressure on Moscow.

Russia is the largest producer of titanium, a strategic metal prized for its strength relative to its weight. So far, however, the EU has avoided banning Russian commodities, other than steel and coal, and titanium remains exempt from restrictions on trade with Russia.

“Airbus is applying and will continue to apply the sanctions fully,” a company spokesperson said.

“Sanctions on Russian titanium would hardly harm Russia because they only account for a small part of export revenues there. But they would massively damage the entire aerospace industry across Europe,” they added.

Airbus has said it relies on Russia for half of its titanium needs. In March, the company said it “is directly sourcing titanium from Russia as well as from other countries” and indirectly acquiring Russian titanium via suppliers.

On Tuesday, it reaffirmed this in answer to a Reuters query but declined to say when it had last received Russian titanium.

According to Faury, Airbus is accelerating a search for non-Russian supplies in the long term, while its needs are covered in the short and medium term.

Meanwhile, Russian state-backed VSMPO-AVISMA provided a third of Boeing’s needs under a deal renewed last November. VSMPO-AVISMA is 25%-owned by state defence conglomerate Rostec. It relies on aerospace for three-quarters of its sales.

Aerospace officials say Airbus is partly concerned about the reliance on Russia at suppliers like France’s Safran, which uses titanium to make jet engine parts and landing gear.

In February, Safran said it had enough reserves for several months and depended on Russia for less than half of its needs. It did not immediately respond to a request for comment on whether it shared Airbus’ worries about possible sanctions.

And Aerospace is not the only industry wrestling with Russia’s commodity clout. Reuters reported last month that US utilities have lobbied the White House not to ban Russian uranium.

More than 400 companies have withdrawn from Russia since the war started on 24 February, according to researchers. About 80 have kept a presence while suspending new investments.

At the shareholding meeting, Faury also reaffirmed Airbus’ 2022 profit guidance but said it was clear the war in Ukraine was “making it harder as we now have a more challenging risk profile” due to economic risks.

“That being said, we still have three quarters ahead of us and we continue to believe we can achieve it,” he added.