ESA does not anticipate Russian withdrawal from ISS 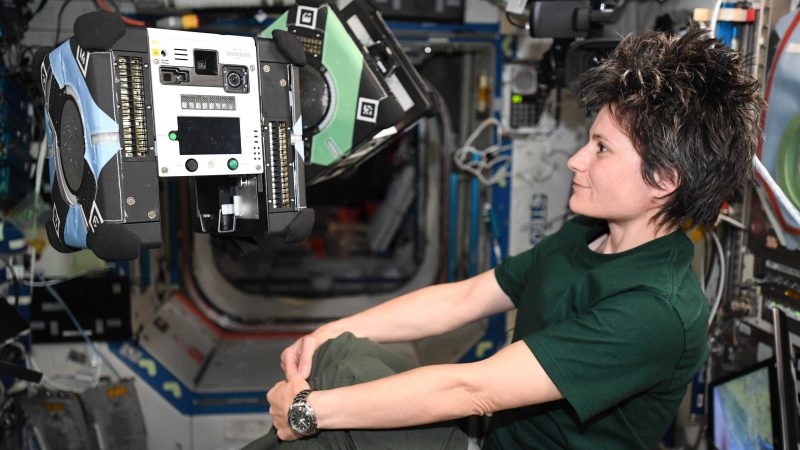 The European Space Agency does not expect Russia to terminate the joint operation of the International Space Station (ISS) with the West, ESA Director-General Josef Aschbacher told Reuters on Wednesday (25 May).

The ISS, the largest artificial object in space, has been continuously occupied since November 2000, operated by a US-Russian-led international consortium of five space agencies from 15 countries.

Dmitry Rogozin, director-general of Russian space agency Roscosmos, has suggested US economic sanctions, imposed over Russia’s invasion of Ukraine, could “destroy” ISS teamwork and lead to the space station falling out of orbit.

“I do not expect that (Russia terminating the cooperation) for the foreseeable future,” Aschbacher said on the sidelines of the World Economic Forum in Swiss Davos, adding that the Russian and Western parts of the ISS could not be split up.

“It is not possible physically or technically to separate the two units because they are linked together. They are like one building – you cannot divide a building into pieces because then it doesn’t work any more,” the ESA chief said.

“We do need Russia, and Russia needs the Western part, Otherwise the station will not function.”

In a live video link from the ISS, ESA astronaut Samantha Cristoforetti told business leaders in Davos that work on the space station was continuing despite the Ukraine war.

“On a personal level, we are all saddened and devastated by the events ongoing and the current conflict,” the Italian air force pilot said, adding that, on a professional level, the common commitment to the success of the mission prevailed.

For the future, Europe needs to decide whether it is happy flying to space with Russia or NASA – or if it wants to seek more independence, not only for flights to the ISS, but also beyond to the moon and potentially to Mars, Aschbacher said.

“The big question is: Does Europe want to participate, having its own transport vehicle? … Do we need our own future space station?,” he questioned, referring to the looming end of the ISS in less than ten years.