In May, spectators at the Paris Air Show watched Germany, France and Spain ink a framework agreement for the joint construction of Europe’s largest arms project to date, the so-called Future Air Combat System (FCAS).

In the presence of French President Emmanuel Macron, on the sidelines …

While Paris and Berlin want the first flight of the prototype in around 2026, the new fighter jet is only expected to take to the skies from 2040, with a view to replacing the French Rafale and Germany’s Eurofighter Typhoon.

The UK, meanwhile, is developing the Tempest stealth fighter project, in which Sweden and, recently, Italy joined forces, while the Dutch have also expressed considerable interest.

Although France reportedly had explored the prospect of working with Britain on the project, Brexit and strategic acquisition decisions in the past months have laid bare European divisions and deepening scepticism about the future of European defence cooperation.

In March, a paper published by the Italian think tank Instituto Affari Internazionali (IAI) argued that the Tempest project “should in the midterm merge with the Franco-German project for the benefit of European defence and strategic autonomy.”

European companies face much bigger American rivals, such as Lockheed Martin, Northrop Grumman and General Dynamics, underscored by the mega-merger of Raytheon and United Technologies (UTC) announced earlier this year.

While there is high interest in Lockheed Martin’s F-35 fighter jet among European NATO partners such as Poland and Belgium, critics called it “very bad news” for efforts to reduce Europe’s reliance on US equipment and develop a more autonomous EU defence strategy, which got a boost after Brexit and Donald Trump’s election as US president. 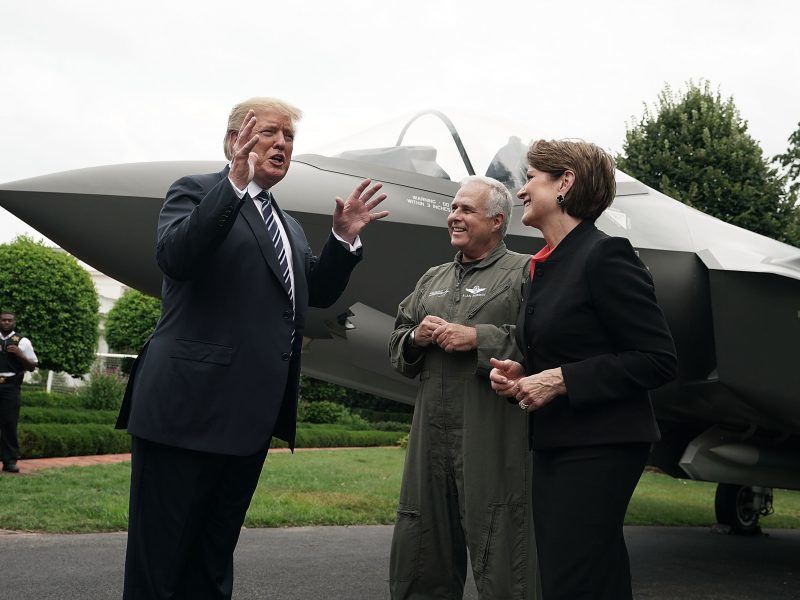 For a fragmented European defence market, having only two competing projects still represents an improvement on the 1990s, when France opted for a national solution with Raphale, Sweden with Gripen, and Germany decided not to invest in this field at all, said Alessandro Marrone, head of the defence programme at IAI in Rome.

“It is because of this negative fragmentation among Europeans, countries like UK, Italy, Netherlands, Norway and Denmark joined the US-led programme to develop the F-35 as 5th generation fighter,” he told EURACTIV.

Although they have so far not been considered under an either-or-scenario, the expert believes it would be hard for Europe to afford more than one programme for a sixth-generation aircraft in the current industry environment and a potential convergence between the two programmes would benefit the European defence industry.

“It requires France to abandon the idea of a purely bilateral direction of this cooperative effort with Germany, and open a strategic negotiation with UK, Italy and Sweden, so that the six European countries with the greatest military and industrial resources can pool efforts on a fair basis,” he said, adding that something similar had been already done in the 1980s by Berlin, London, Rome and Madrid with the Eurofighter project.

“From an economic perspective, having two competing projects in Europe is not rational. In fact, most of the different partners involved in both projects are trying to secure a piece of the pie for their national industrial champions,” agreed Victor Mahieu, a defence analyst at Beyond the Horizon think tank in Brussels.

Despite French President Emmanuel Macron’s announcements to pursue the idea of a common approach to the bloc’s security and defence policy, at the moment, he is not really walking the talk.

“The current split among member states tells us that Paris thinks that strategic defence industrial cooperation can be led bilaterally with Berlin, but this does not turn into a really European cooperation because other important countries like Italy and Sweden can find better alternatives,” Marrone told EURACTIV.

Asked earlier last month by DefenseNews whether a future with two such programmes is sustainable, the chief executive of the European Defence Agency, Jorge Domecq, said: “Europe would probably have to see convergence toward having a single system of systems.”

“Is the next generation of combat aircraft sustainable with several systems of systems in Europe? I have my doubts,” he added.