Africa must not be targeted by EU carbon levy, warns Senegal’s president 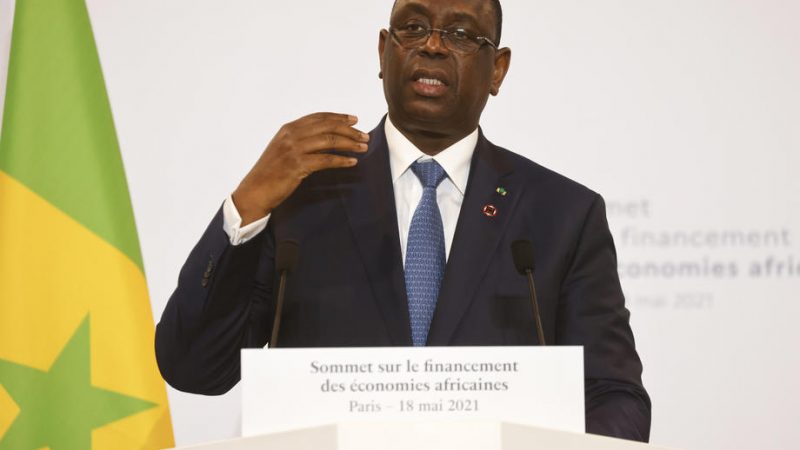 The EU needs to ensure that African states do not bear the brunt of its carbon border levy Senegal’s President has warned EU leaders, in the run up to next month’s EU–African Union summit in Brussels.

Speaking at an event on Thursday hosted by the Africa–Europe Foundation, Macky Sall, the president of Senegal, who is due to take over the presidency of the African Union (AU) in February, urged EU leaders “to come to a joint strategy, but one that also takes into account the level of development of African countries”.

EU and African Union leaders will meet in February for a summit aimed at agreeing on a ‘strategic partnership’ between the two blocs. European Council President Charles Michel, who has been tasked with most of the diplomatic preparation for the summit, described it as “an opportunity for a new paradigm, for a new approach, for a new alliance between Africa and Europe.”

Along with the measures on the increased availability and access to Covid vaccines, African leaders are seeking guarantees that the EU’s carbon border adjustment mechanism, which would apply a levy on imports to the EU based on their contribution to emissions, does not hit their exports of fossil fuels and minerals.

The levy is primarily aimed at imports from China but while the African continent only accounts for around 3% of global carbon emissions, a number of states, including Nigeria, Africa’s largest economy, are heavily reliant on oil and gas exports.

“Africa produces the least carbon emissions but we bear the brunt of the effects of climate change,” said Sall, adding that “we should not add injustice to the shoulders of Africa by no longer subsidising fossil fuels because this will pose a real difficulty for African countries. It is unfair.”

The African Union’s ‘Agenda 2063: the Africa we want’, includes a commitment to a green transition and a group of countries, led by Morocco, are rapidly scaling up renewable energy production.

“In some places of Africa, gas will be part of the energy mix,” assured European Commission Vice President Frans Timmermans.

However, Timmermans added that “it is a paradox that the continent with the best wind and solar energy has 600 million people living without electricity.”

The EU has promised that its Global Gateway programme, launched in October, which promises to mobilise up to $340 billion by 2027 to support a green and digital transition around the world, will provide funding for Africa’s green transition.

However, the Gateway blueprint does not entail any additional financial commitments by the EU and its member states, and African governments have complained that previous EU investment schemes have been slow to deliver funding.