Members of the Ethiopian Tigrayan community in South Africa protest against the Ethiopian government for what they call a civil war in Tigray and genocide on Tigray people, outside the Department of International Relations and Co-operation (DIRCO) in Pretoria, South Africa, 25 November 2020. [Yeshiel Panchia/EPA/EFE]

African Union envoys headed to Ethiopia on Wednesday (25 November) hours before a government ultimatum was to expire for northern forces to surrender in a three-week war that has shaken the region and killed thousands of Tigrayan fighters according to one report.

Prime Minister Abiy Ahmed’s government has set a 72-hour deadline for the Tigray People’s Liberation Front (TPLF) to lay down arms or face an assault on their highland capital Mekelle, home to half a million people.

The deadline was due to run out on Wednesday evening.

Large numbers have died and there has been widespread destruction in aerial bombardments and ground fighting since the war began on 4 November. Some 42,000 refugees have fled over the border to Sudan and TPLF rockets have hit neighbouring Eritrea. 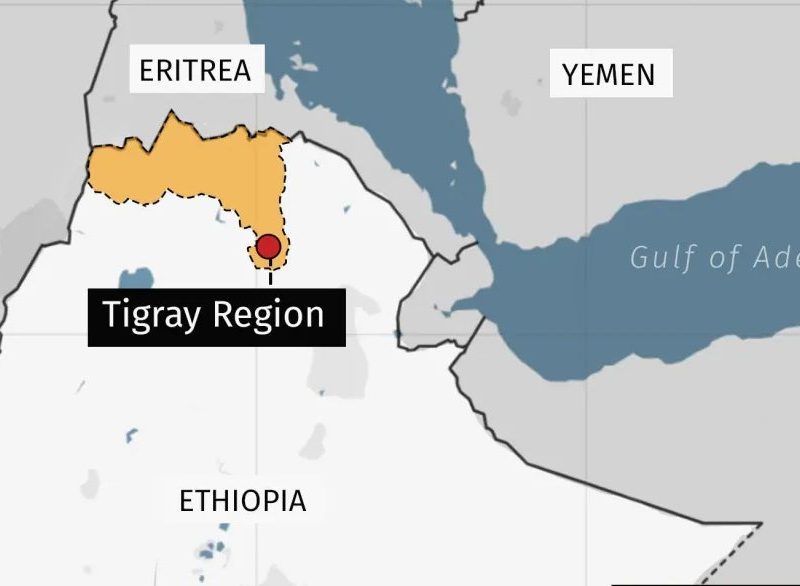 AMMA news agency, run by authorities in Amhara region who back Abiy, said that more than 10,000 Tigrayan “junta forces” had been “destroyed” with more than 15,000 small arms and heavy weapons seized in battles from Dansha to Adwa. 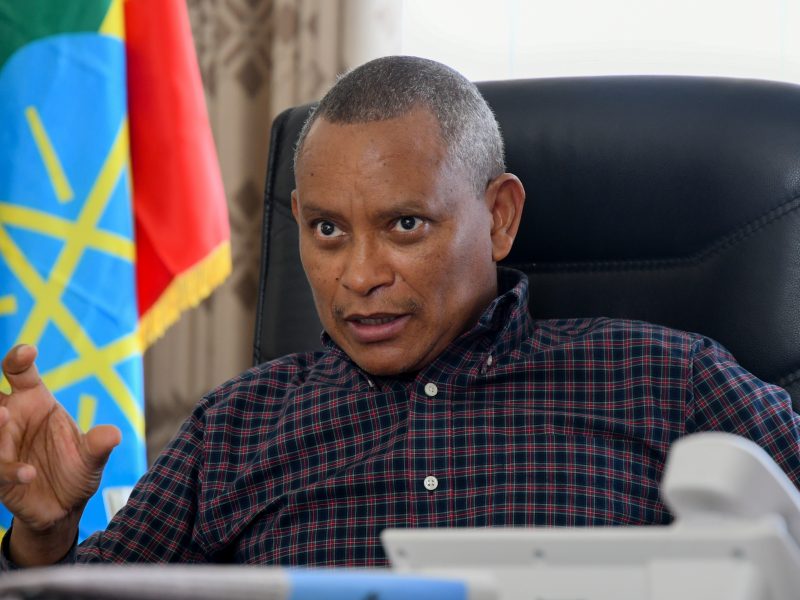 There was no immediate response from the TPLF, Tigray’s dominant political party which is spearheading the fighting. It too has spoken of killing large numbers of its enemies during a stream of often contradictory claims by both sides.

With phone and internet connections to Tigray largely down and access to the area strictly controlled, Reuters could not verify the AMMA report or other statements from all sides.

On the ground, long lines of cars formed at fuel stations in Mekelle, according to 23 November satellite images provided to Reuters by Maxar Technologies.

Fuel has been rationed since the conflict begun.

Abiy, who won last year’s Nobel Peace Prize for ending a two-decade standoff with Eritrea, has said he will receive them but not talk with TPLF heads until they are defeated or give up.

“I’m deeply concerned about the risk of violence against civilians, including potential war crimes, in the fighting around Mekelle in Ethiopia,” he tweeted.

The conflict is also roiling the wider east Africa region.

Tigrayan forces have fired rockets at the airport of Eritrea’s capital Asmara, while Ethiopian soldiers have been pulled from peacekeeping missions in Somalia and South Sudan.

The UN mission in South Sudan said it was aware of the three soldiers’ repatriation. Although Ethiopia is ultimately responsible for the conduct and movement of its 2,000 troops in South Sudan, the statement said, discrimination due to ethnicity could violate international law.

“In this regard, UNMISS (UN Mission in South Sudan) has requested access to any soldier who might be in need of protection under international law.”

Billene Seyoum, spokeswoman for the Ethiopian prime minister’s office, told Reuters the situation in South Sudan would be the same as Somalia, meaning soldiers sent home were suspected of TPLF links.

On Tuesday, Ethiopia’s state-appointed human rights watchdog accused a Tigrayan youth group of killing about 600 civilians from other ethnic groups in a 9 November attack on the town of Mai Kadra. The TPLF denies accusations of collusion, and accuses Abiy of persecuting Tigrayans in pursuit of personal power.

Axum’s history and ruins, including fourth-century obelisks erected when the Axumite Empire was at its height, gives Ethiopia its claim to be one of the world’s oldest centres of Christianity. Legend says it was home to the Queen of Sheba and Ethiopians believe a church houses the Ark of the Covenant.

Ethiopia has described the Tigray fighting as an internal law enforcement matter.

“Because the Ethiopian government has painted this as a domestic, criminal situation, they are shunning the type of diplomacy and international mediation efforts that they are typically a part of themselves in offering to regional states,” said Grant Harris, ex-senior director for African affairs at the National Security Council in Barack Obama’s US administration.