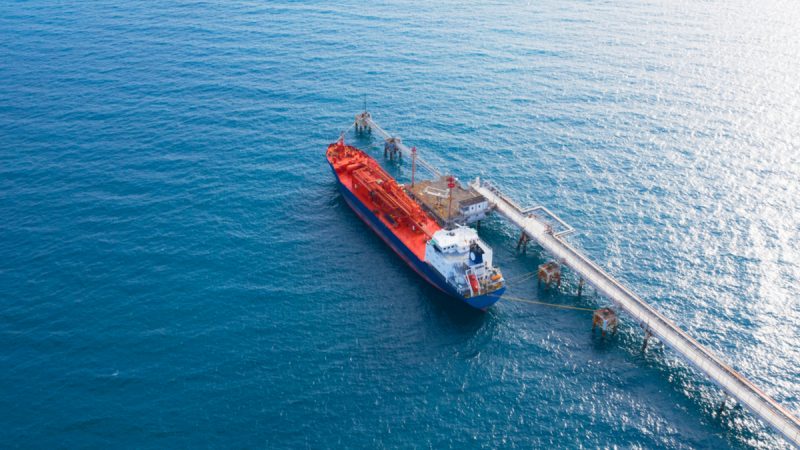 As the prospect of a squeeze on Russian gas supplies to Europe, EU states are increasingly likely to need an alternative. One option lies at its southern border. [Shutterstock / cate_89]

As the prospect of a squeeze on Russian gas supplies to Europe, EU states are increasingly likely to need an alternative. One option lies at its southern border.

Energy policy was one of the secondary items on the agenda at last week’s EU-African summit, where the EU promised a ‘partnership of equals’ with its southern neighbour continent. However, EU and several African leaders have already hinted at increasing supplies in recent weeks.

EU High Representative on Foreign Affairs, Josep Borrell, hinted at a change of tack when he revealed that the EU is negotiating with gas-producing countries, including Algeria, about expanding LNG supplies. With the Ukraine crisis putting Europe’s gas supply from Russia at risk, there is an opportunity for Africa’s gas producers, including Nigeria, Egypt, Mozambique, Tanzania and Ghana, to offer exports to Europe.

Days before the summit in Brussels, European Commission Vice-President Margrethe Vestager and Nigerian vice president Yemi Osinbajo agreed to “explore all options for increased supply of Liquified Natural Gas from Nigeria to the EU”.

That marks a significant change in approach by Brussels. However, the Commission’s Vice-President Frans Timmermans has prioritised renewable energy and hydrogen exports from Africa and is reluctant to exempt the continent from the EU’s Carbon Border Adjustment Mechanism.

Boasting approximately 7% of the world’s oil and natural gas reserves, Africa is far from having exploited its full potential. The Commission’s move to give natural gas a green label under its ‘taxonomy’ on sustainable investment rulebook has been interpreted by some African states as a green light to ramp up their search for investment in infrastructure and pipelines that will enable them to increase production and supply to Europe.

Algeria, Niger, and Nigeria recently agreed to construct the multi-billion, 4,128 km Trans-Saharan Gas Pipeline, which will run through the three countries into Europe. Once completed, the pipeline will transport 30 billion cubic meters of gas per year.

Italy and Spain are also looking for ways to increase their imports from Libya and Algeria and to see how to send it to the rest of Europe.

The EU is also financially backing the EastMed pipeline that will connect the European network to the offshore gas fields in Cyprus, Israel, and Egypt. The 2,000 km Transmed pipeline from Africa will be completed in 2027, connecting Algeria to Italy via Tunisia. Algeria is already Italy’s second-largest gas exporter after Russia.

Meanwhile, the joint declaration that followed the end of the summit stated that “we recognise the importance of making use of available natural resources within that energy transition process.”

The crisis in Ukraine, and its implications on EU energy supply, “provides a golden opportunity for African gas producers to develop a robust, bankable gas strategy to cater for motherland Africa and our European friends’ energy demand,” says Abdur-Rasheed Tunde Omidiya, president of the African Energy Chamber in Nigeria and West Africa.

Nigeria, Mozambique and Senegal, all of whom have significant natural gas reserves, have lobbied hard in recent months for Europe to continue to make financial support available for new gas projects. Providing it would make economic and political sense for the self–proclaimed ‘geo-political’ Commission.

But it is unrealistic to expect that African gas could fill the void left by Russia, at least in the near future.

“North African countries currently supply natural gas to Europe via pipelines but do not have the technical capacity to increase their production and exports,” says Simone Tagliapietra, a researcher at the Bruegel think tank.

“It is difficult to see additional volumes available for Europe in the short term,” he added.

“Infrastructure is going to be critical. Investors in Europe may be selling solutions to be able to put as many terminals as possible, which will allow us to export gas to them. That is what we need to be competitive in gas,” Gabriel Mbaga Obiang Lima, Equatorial Guinea’s Ministry of Mines and Hydrocarbons, told the African Energy Chamber.