Negotiators from the EU and African, Caribbean and Pacific community signed off on a broad 20-year partnership deal to succeed the Cotonou Agreement on Thursday night (3 December) after nearly three years of difficult talks.

The agreement, which was signed in 2001 and covers trade and political relations between the EU and the ACP, was due to expire in March. However, the talks have been repeatedly delayed, in large part because of internal divisions between EU and ACP member states, and the new treaty will not enter force until December 2021 at the earliest.

EU member states have been divided over whether to offer more generous or tougher conditions on migration, legal migration pathways, and re-admission for failed asylum seekers and economic migrants. Sex and reproductive health issues and human rights questions are also yet to be resolved.

However, there is still space to make more adjustments to the text before Dussey and Urpilainen are expected to initial the agreement in January. The ratification process will then proceed throughout 2021.

In the meantime, the Cotonou Agreement will be extended until 30 November 2021.

“We have prolonged Cotonou but it’s high time we agreed a new one,” said a senior EU official.

“There is a real shift in a structure of the agreement,” the official said, pointing to the ‘3+1’ composition of the new deal, composed of a common foundation to all countries, which sets out shared values and priorities, along with three regional protocols for Africa, the Caribbean, and Pacific.

The regional protocols will have their own specific governance regimes. The European Commission says this will “allow for an unprecedented regional focus”.

The sub-Saharan African protocol is set to dove-tail with the negotiations between the EU and the African Union on a new ‘strategic partnership’ between the two continents. EU and AU leaders are set to meet for a mini-summit on 9 December.

The treaty has also been adjusted to take account of the UN-agreed Sustainable Development Goals and the Paris climate change agreement. It no longer has a development aid component as a result of the European Development Fund being integrated within the EU budget.

Meanwhile, the new text forbids discrimination on any grounds, including sexual orientation and gender.

However, on trade, the controversial economic partnership agreements will remain unchanged. They have been widely criticised for perpetuating unbalanced trade relations between the EU and African countries, and left unratified by a large number of African countries. 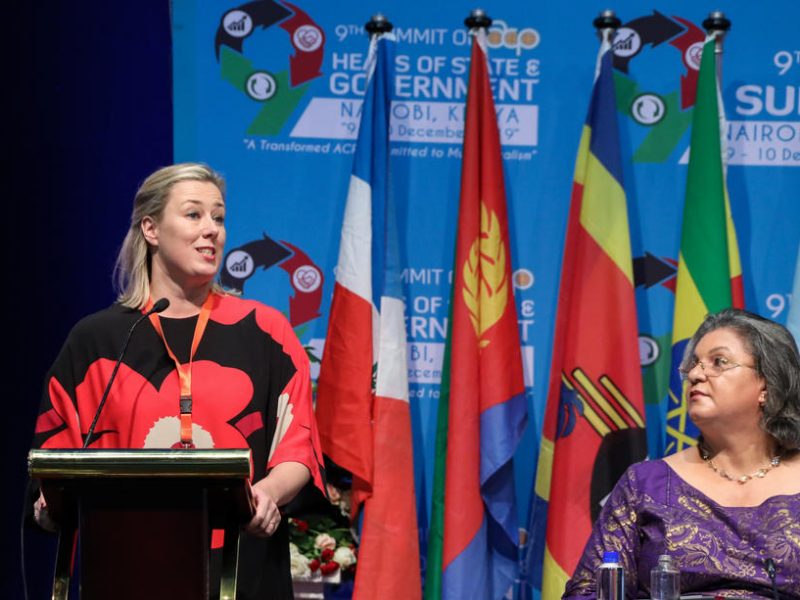 Alongside the regional protocols, the new agreement will also replace the Joint Parliament Assembly composed of MEPs from the European Parliament and ACP parliamentarians with three separate joint assemblies for Africa, Caribbean and the Pacific respectively.

That has prompted a threatened veto from the European Parliament unless it has guarantees that there will be sufficient parliamentary oversight of the agreement.

Perhaps the main new addition is the text on migration which includes new commitments from ACP countries on return and re-admission – an important inclusion for the EU.

“We want to get away from a system (on migration) where Cotonou had vague principles but couldn’t be legally enforced,” said the EU official, a reference to the refusal of African countries to agree to readmit failed migrants, despite having promised to do so in the Cotonou treaty.

If there is no cooperation, the official added, there are ‘proportionate measures’ that can be taken in dispute settlement.