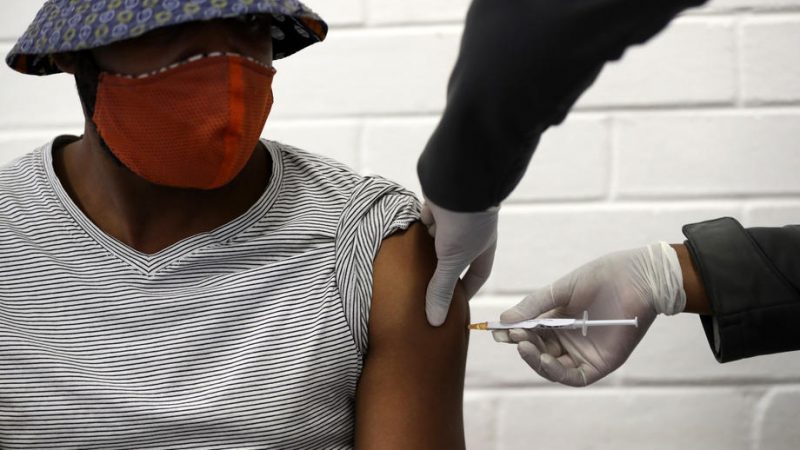 The rapid spread of the Omicron variant has reminded us that the pandemic will not be over until all countries have vaccinated their people. The EU should focus its attention on vaccinating Africa, writes Professor Alberto Mantovani. EPA-EFE/SIPHIWE SIBEKO / POOL

The European Union will provide financial support for vaccine manufacture on the African continent with the specific aim of supplying Africa, as it seeks to fight back against accusations of ‘vaccine nationalism’.

It focused primarily on how best to use the $650 billion of Special Drawing Rights issued last week by the International Monetary Fund to help mitigate the economic damage caused by the COVID pandemic.

“This initiative is a very good step toward self-reliance in vaccines, including in COVID vaccine launched with the MADIBA – Institut Pasteur de Dakar project,” said Senegal’s President Macky Sall.

“Supporting such initiatives to materialize quickly in Africa, would contribute to boosting COVID vaccine access and to building a sustainable health security for a stronger and more equitable economic recovery globally,” he added.

The European Commission has said it will provide financial support as part of its ‘Team Europe’ plans to fund three vaccine hubs in Africa.

The Commission has faced criticism from African leaders, who accused Europe of practising ‘vaccine nationalism’ as European countries continued the race to vaccinate their people against COVID.

Last month, a document prepared by EU foreign ministers revealed that only 4% of the 200 million COVID-19 vaccines promised by the EU and its member states had been delivered to African states by the end of June.

On top of that, a row broke out in late August over the export of COVID-19 vaccines bottled in South Africa to Europe.

The Commission maintains that the South Africa contract was part of a wider EU plan to promote investment in vaccine hubs across Africa but the arrangement was swiftly condemned by World Health Organisation director-general Tedros Adhanom Ghebreyesus.

BioNTech’s first priority at the two sites in Rwanda and Senegal is to manufacture malaria and tuberculosis vaccines, rather than COVID shots. The malaria and TB shots would be based on the so-called messenger RNA technology, which is also used by BioNTech in its COVID-19 vaccine.

In the meantime, the African CDC and African Union are anxious to quickly scale up pharmaceutical manufacturing across the continent, with the pandemic having underscored the scale of the vaccine production divide between Europe and Africa.

With a view to that goal, they want the BioNTech projects to be overseen by a proposed African Medicines Agency, an African Union agency intended to facilitate the harmonisation of medical regulation, which would base its advice on recommendations from the WHO and the European Medicines Agency.