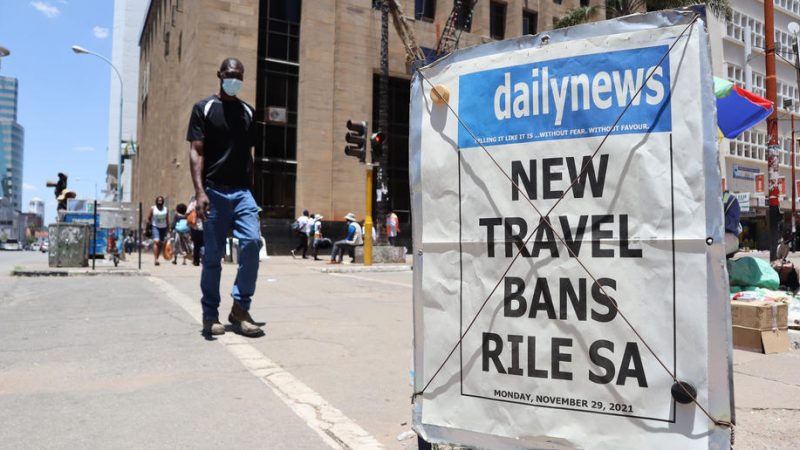 The EU’s decision on Monday (10 January) to scrap travel bans on people from a group of African countries has removed a major diplomatic obstacle ahead of February’s EU–African Union summit where the two blocs are hoping to agree on a ‘strategic partnership’.

On Monday, the French presidency of the EU said that after a meeting of the bloc’s Integrated Political Crisis Response (IPCR) team, member countries had decided to end the ban.

Travellers from African states will be required to provide proof of a negative PCR test and to quarantine unless they are fully vaccinated.

Canada, the UK, and the US had already removed their own bans on a group of predominantly southern African countries in December, on the grounds that since the Omicron variant was already prevalent in their countries there was little to gain from travel bans.

The travel restrictions, which were imposed following the discovery of the Omicron variant of Covid-19 in a South African laboratory, had prompted a furious reaction from African leaders.

The EU is anxious to use the February summit to promote its recently launched Global Gateway investment programme and establish its Green Deal policies as a policy ‘gold standard’ that should be emulated by African states.

However, the rows over travel restrictions and the EU’s opposition to waiving intellectual property rights to allow African states to develop their own generic versions of Covid vaccines have threatened to derail the diplomatic preparations for the February summit, which have been led on the EU side by European Council President Charles Michel.

Last month, South Africa’s President Cyril Ramaphosa, described the travel bans as “hypocritical” and of defying scientific logic, while Senegal’s president Macky Sall warned that the EU’s reaction could mean that African scientists were less likely to report Covid variants in the future.

The anger over the travel restrictions is linked to similar disappointment among African leaders at what they say is Europe’s vaccine hoarding. Ramaphosa and Kenyan counterpart Uhuru Kenyatta have accused Europe of ‘vaccine apartheid’.

There are signs that the EU is prepared to improve its offer on vaccine supply and production.

Following a meeting on Monday in Paris, France’s minister for foreign trade, Franck Riester, said that EU states needed to go beyond donating vaccines, and to provide support for local production capacities to be developed in Africa.

The French presidency has also announced that it will invite Moussa Faki Mahamat, Chair of the African Union Commission, and Senegal’s foreign minister Aissata Tall Sall, to a working session at the informal meeting of EU foreign ministers in Brest, later this week, ahead of the February summit.