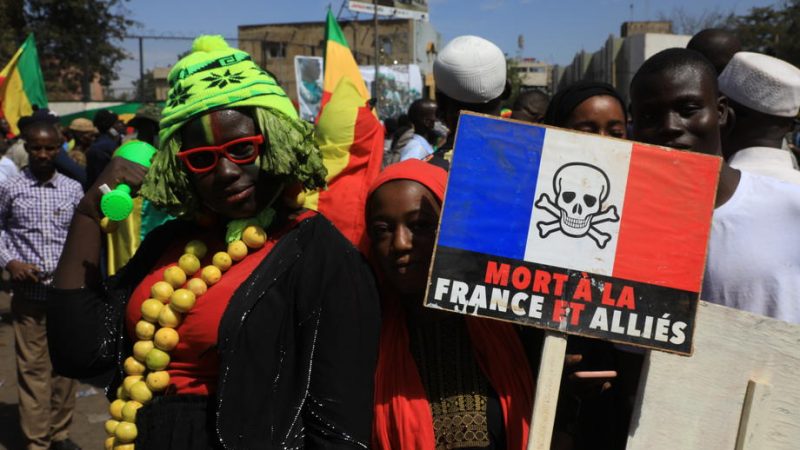 The European Union warned on Thursday that it will take further action should members of the military regime in Mali obstruct the transition back to democracy. [EPA-EFE/HADAMA DIAKITE]

The European Union warned on Thursday (3 February) that it will take further action should members of the military regime in Mali obstruct the transition back to democracy.

“If there is any obstruction to transition, we have always been very clear, there is a framework that has been set up by the council, voted unanimously by the member states, to take action against anyone holding up transition in Mali,” said European Commission spokesperson Nabila Massrali on Thursday.

Relations between the EU and Mali have been badly damaged by a series of events in recent weeks after the military junta in Bamako abandoned plans to hold elections in February, and said that polls would have to be delayed until 2025 because of the volatile security situation in the country.

In the last week, the Malian government has expelled France’s ambassador and ordered Denmark’s military deployment to return home.

In a statement on Wednesday, the EU’s chief diplomat Josep Borrell said the moves undermined the bloc’s “support and solidarity with France and deeply regrets the decision by the Malian transition authorities.”

“The European Union calls on the Malian authorities to exercise restraint rather than repeat unacceptable behaviour towards its European partners, such as Denmark, whose contingent has just been sent home for unfounded reasons,” Borrell added.

The situation in the Sahel region, which has struggled to cope with high poverty levels and attacks by Islamic State, has become highly unstable following a spate of recent military coups.

Moves by the EU and the 15–member regional bloc, the Economic Community of West African States, to impose sanctions against members of the military junta in Mali, did not discourage a coup in Burkina Faso last month, the fourth in West Africa in 18 months.

There was also an unsuccessful attempted coup in Guinea Bissau this week.

The coups in Burkina Faso and Mali, which have been publicly celebrated by people holding Russian flags, have pushed French and EU defence and security missions to combat Islamic insurgents to the brink of collapse, with Borrell saying that the EU wants to stay but “not at any cost”.

Instead, the new regimes have reached out Russia and the Kremlin–linked Wagner Group, itself subject to EU sanctions since December.

ECOWAS leaders on Thursday held an emergency summit in Ghanaian capital Accra, amid growing concerns that the recent coups could see a ‘domino effect’ of more attempted coups across the region.

ECOWAS chairman, Ghana’s President Nana Akufo-Addo, said at the opening of the summit that the military coup in Mali had been “contagious” and led to other coups across the region.

The trend “must be contained before it devastates our whole region,” Akufo-Addo said. “This summit will focus on the emerging threats in our region that stem from the military’s interference in Mali and its contagious influence in Guinea and Burkina Faso,” he added.