With fears running high that the poll dispute could plunge the perennially unstable central African nation into fresh turmoil, an EU spokeswoman pleaded for all sides to refrain from “any action that could lead to violence”. 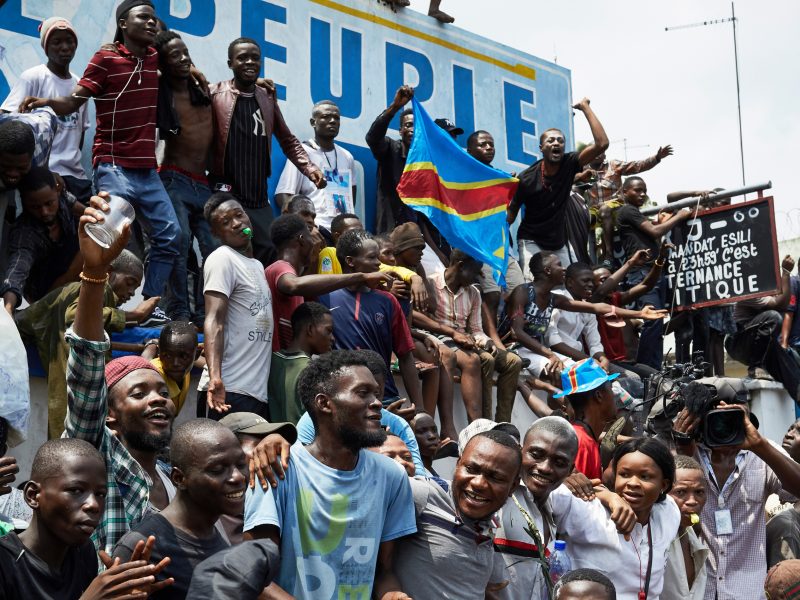 Foreign leaders reacted cautiously to the outcome of DR Congo’s presidential election Thursday (10 January), with many choosing not to congratulate the man declared winner and appealing for disputes to be settled peacefully.

“We take note of the announcement by the Constitutional Court last night,” an EU spokeswoman said.

“As expressed by the AU (African Union) high level consultative meeting on Thursday in Addis, doubts remain regarding the conformity of the result,” she added.

The African Union has postponed sending a delegation to the DR Congo over the country’s disputed presidential election after the Constitutional Court declared Tshisekedi the victor, an AU spokeswoman said Sunday.

“All I can confirm at this time is that the trip has been postponed. We will release a statement shortly,” said Ebba Kalando, spokeswoman for the head of the AU Commission, Chadian Moussa Faki.

The AU had called for the final results to be delayed. But another regional bloc, the 16-nation Southern African Development Community, congratulated Tshisekedi on Sunday and called for a peaceful handover of power.

Tshisekedi’s victory was provisionally announced earlier this month by the election commission CENI, but it was challenged both at home and abroad.

The Financial Times and other foreign media have reported seeing documents that confirm Fayulu as the winner, and the influential Roman Catholic Church, which says it deployed 40,000 observers to monitor the poll, has also dismissed the official outcome.