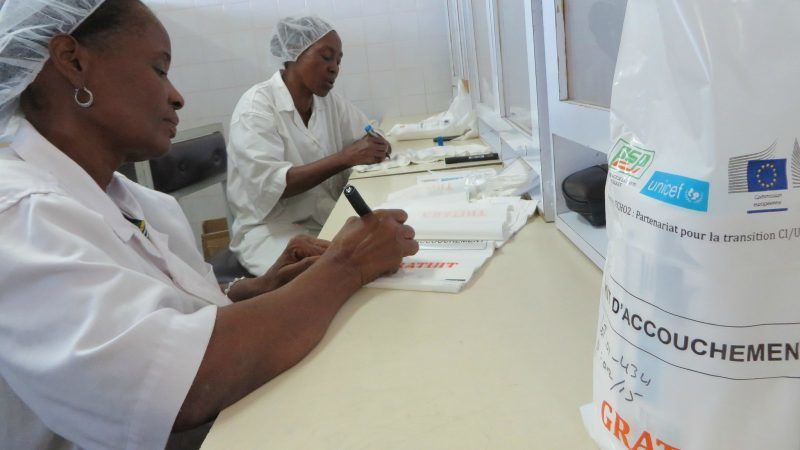 “Something between 30-70% of the medicines circulating in Africa are substandard or falsified. it’s a huge figure in some of these countries and a huge problem,” Sir David Richmond, chief executive of the Brazzaville Foundation, told EURACTIV.

Richmond, a former diplomat in the UK’s Foreign Office, was talking ahead of a conference in London on Wednesday (28 March) focusing on the proliferation of substandard and falsified medicines, which the Brazzaville Foundation is hosting with the Harvard Global Health Institute and London School of Hygiene and Tropical Medicine.

“The more we looked at it, we felt that this is an issue that simply wasn’t getting the attention it deserved and needed, given the huge human and other consequences that arise from it.”

“It’s on the world health assembly agenda but quite low down,” he said.

A report by the World Health Organisation (WHO) last November found that a WHO-pooled analysis of 100 studies from 2007 to 2016, covering more than 48,000 samples, showed 10.5% of drugs in low and middle-income countries to be fake or substandard.

The WHO estimated that up to 72,000 deaths from childhood pneumonia could be attributed to the use of substandard or fake antibiotics,

Since 2013, the WHO has received 1,500 reports of fake and low-quality products, with antimalarials and antibiotics the most commonly reported categories. Sub-Saharan Africa accounted for 42% of all the reports, followed by Latin America.

Poor quality drugs also add to the danger of antibiotic resistance, threatening to undermine the power of life-saving medicines in future.  For its part, the London School of Hygiene and Tropical Medicine has estimated that 116,000 additional deaths from malaria could be caused each year by bad antimalarials in sub-Saharan Africa.

“Substandard and falsified are different things, even if they have the same effect,” Richmond told EURACTIV.

“You have the direct consequences that people get killed. But if it (substandard medicine) makes you more ill, then it increases the cost and the resistance of the diseases.”

Part of the long-term challenge will be to develop regional and domestic pharmaceutical markets. The regional blocs of countries in East and West Africa have put the issue on their agendas.

In November 2016, the six countries of the East African Community agreed to offer domestic drug manufacturers a preferential margin of up to 30% as part of a programme to beef up domestic production of essential medicines and health technologies.

“There are people in Africa buying fake medicines because they can’t afford the real ones. Part of the answer undoubtedly is being able to buy generics at a reasonable price,” Richmond said but conceded that there is still “a certain amount of ambivalence from the pharmaceutical industries” on the issue.

On the agenda of delegates on Wednesday will be assessing what legislation is needed, as well as domestic and international enforcement mechanisms and sanctions, and new methods to trace and monitor the origin and quality of drugs.

Twenty-one EU countries have made falsifying medicines a criminal offence under an EU directive adopted in 2011. However, international law and stiff sanctions for fake and substandard drugs are otherwise largely absent.

“We want to push it up the global agenda. But it’s not enough to just thump the table, you’ve got to develop a strategy to deal with the problem,” said Richmond.

He hopes that the gathering will plug into the next World Health Assembly meeting in May.

“Personally, I also see a case for trying to get it on the agenda of the next UN general assembly,” he said.

“We want to get a number of African countries to come together to put this on the UN agenda.”

Trade in fake medicines is thought to be worth around $30 billion per year, but data on the wider human and economic cost remains patchy.

“There is clearly a big economic cost but I’ve not seen it quantified and this is one of the problems. There’s not much in the way of statistics,” said Richmond.

“There are quite a lot of estimates, and a lot of it out of date. And that’s symptomatic of the problem that this has not been given the attention that it requires.”