As EU leaders discuss the bloc’s health situation, the virtual EU summit will offer Macron an opportunity to reiterate his proposal, made at the G7 summit on 19 February.

The issue will indeed “be discussed at the European Council,” a source at the French presidential office, the Elysée, told EURACTIV.fr.

“If we, Europeans and Americans, know how to deliver these 13 million doses as quickly as possible, it is worth our credibility,” Macron told his counterparts at the G7 summit. The proposal was supported by European Commission President Ursula von der Leyen and German Chancellor Angela Merkel.

“A fair and equitable balance must be found” between French needs and the aid needed by poorer countries, the Elysée source said, explaining that Paris wants to avoid African countries entering bilateral agreements with pharma firms.

The French executive is well aware that public opinion may be reticent about such a “collective effort,” saying the burden of vaccination should weigh not only on Europe but also on the UK and the US.

The so-called “vaccine passport” is also among the issues that feature on the agenda, as the EU countries look to preserve their tourist season.

The Elysée indicated to EURACTIV France that it maintains its position of “double caution” with regard to private data protection issues and the inequalities that such a “vaccine passport” could create.

It also said France was open to this debate and considered it “relevant to launch technical studies” to evaluate this tool, which it still considers “premature”. 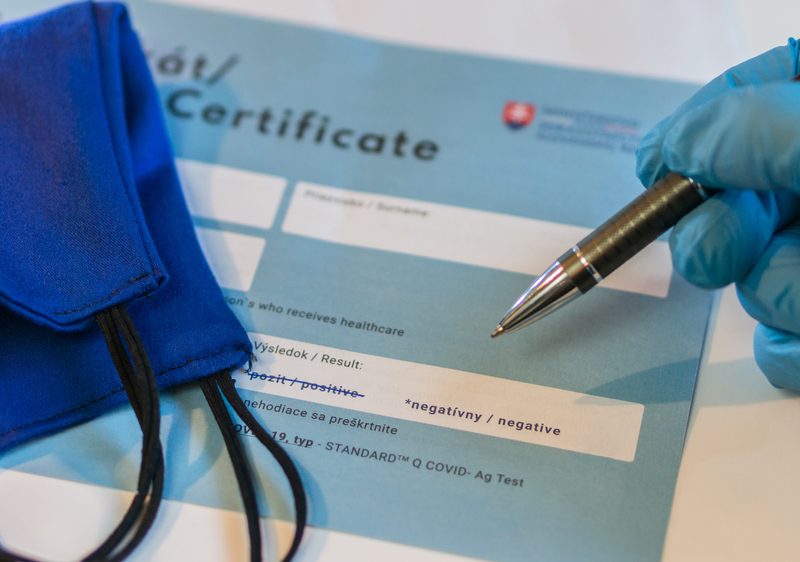 Many EU countries are interested in exploring the Greek proposal of a digital certificate that would allow people who have received the vaccine to travel “without the need to show a negative COVID-test or undergo quarantine restrictions,” Prime Minister Kyriakos …