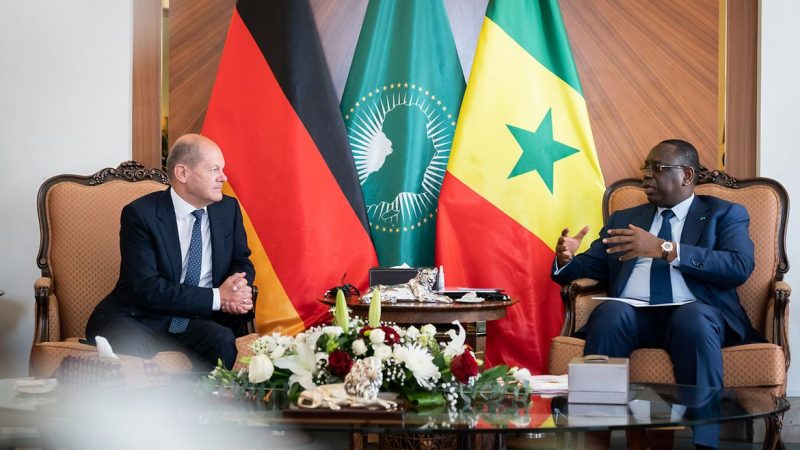 German chancellor Olaf Scholz travelled to Africa on Sunday (22 May) in an attempt to forge closer ties with like-minded democracies in an increasingly multipolar world order currently being reshaped by Russia’s war in Ukraine.

Scholz kicked off his three-day visit to Africa in Senegal, whose president currently acts as chairperson of the African Union. In the coming days, he will continue his trip to South Africa and Niger, which Berlin considers among the most important democracies on the African continent.

“To prevent these crises from fuelling new flashpoints, we must act decisively. Because the world is becoming increasingly multipolar with different centres and influences,” Scholz said in a press conference with his Senegalese counterpart Macky Sall.

“Many countries around the world are affected by this war that are far away from it,” he added.

The trip feeds into a broader attempt by Berlin to win over the largest possible group of like-minded states to stand up for a rules-based international order, a German senior official said – especially regarding Russia’s war in Ukraine.

Germany and the EU were already seeking closer ties with Africa prior to the war in Ukraine. At the EU-Africa summit in early February, the EU pledged €150 billion in investments for the continent.

Berlin itself tried to take a key role in the EU’s Africa policy, as the neighbouring continent is seen as crucial to ensure the stability of the global rules-based order. Scholz attempts to continue this approach during his visit to Africa.

Senegal and South Africa are both considered to be key states in the emerging multipolar order and Europe will likely not end up with this “duopoly in China and the USA,” the official stated. The world’s emerging multipolarity would thus make close collaboration with non-Western democracies even more essential, he added. 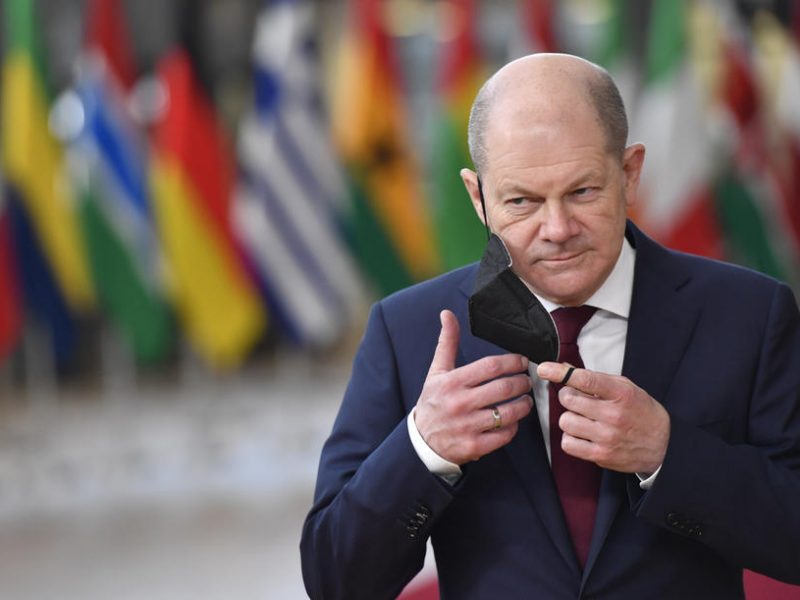 The German government hopes the EU-Africa Summit that ends Friday (18 February) will mark a new beginning in Africa policy, with development and energy policy, in particular, being at the forefront. EURACTIV Germany reports.

Berlin has already made efforts to strengthen collaboration with other democracies. In early May, the German government held close consultations with India, stressing the importance of the unity of “like-minded” states, despite persisting human rights violations there.

Germany has also set initiatives in motion during its presidency of the G7, which consists of the West’s largest economies.

To send out a strong signal of democratic resilience and unity, Berlin has invited India, Indonesia, South Africa and Senegal to participate in this year’s G7 summit that will take place in Bavaria in late June.

However, the picture with non-Western democracies is not as rosy as these efforts might suggest. Both, India and South Africa have refrained from publicly condemning the Russian war of aggression and abstained from voting against the war in the UN General Assembly.

However, the German government is confident that the two countries would be much closer to the Western position on Ukraine behind closed doors.

Beyond public declarations that take into account political considerations, there is a high degree of agreement on the matter, a senior German official stated. 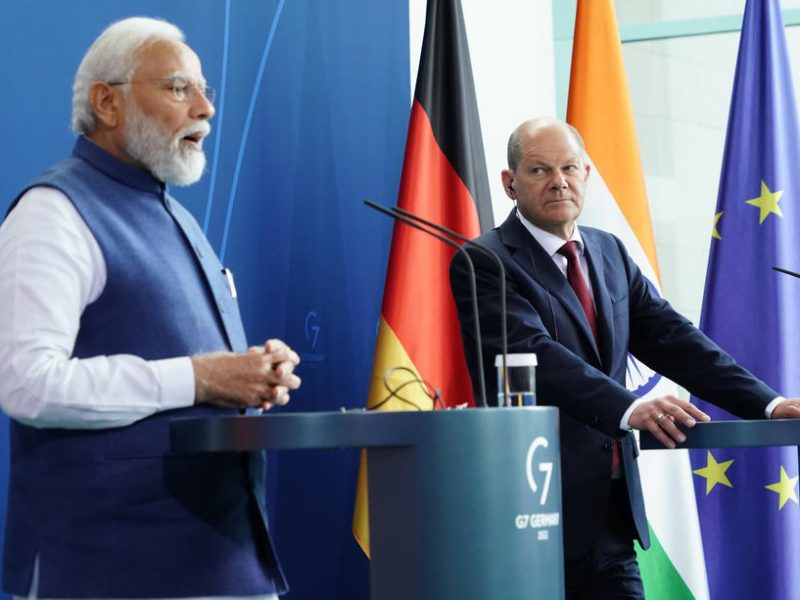 Germany pushes for closer ties with India amid Ukraine war

Germany announced on Monday (2 May) to strengthen the bilateral ties with India in a bid to support the effort of the EU to relaunch the relationship with New Delhi and to increase cooperation with “like-minded” states.

Fending off Russian influence in the Sahel region

Russia has ramped up efforts to assert influence on the African continent in recent years. While its comparably small economy does not allow for a broad-scale investment offensive on the continent, Moscow is seeking to shape politics in Africa via means of disinformation.

Russia has especially attempted to exploit social media such as Facebook, Twitter, Telegram or TikTok to spread anti-Western sentiments.

Following the war in Ukraine, Russian fake accounts have for instance posted 23 million tweets to make the hashtags #IstandwithPutin and #IstandwithRussia trending in BRICS countries, a report by the Africa Center for Strategic Studies has found.

These strategies of ambiguous warfare have already borne some fruit in the Sahel countries before the onset of the war, as Russia successfully launched a disinformation campaign following the coup in Mali last year. The same holds true for neighbouring Burkina Faso, where protesters were waving Russian flags following the military coup in January and asked for a “partnership” with Russia.

Amid persisting volatility in the Sahel, Scholz also chose to travel to Niger, one of the economically and demographically smaller African states, which he considers to be an “anchor of stability” in the region.

As Niger stands out positively in the Sahel, Scholz’s trip to Niamey is also meant as a recognition of its positive role in the region, the senior official added. 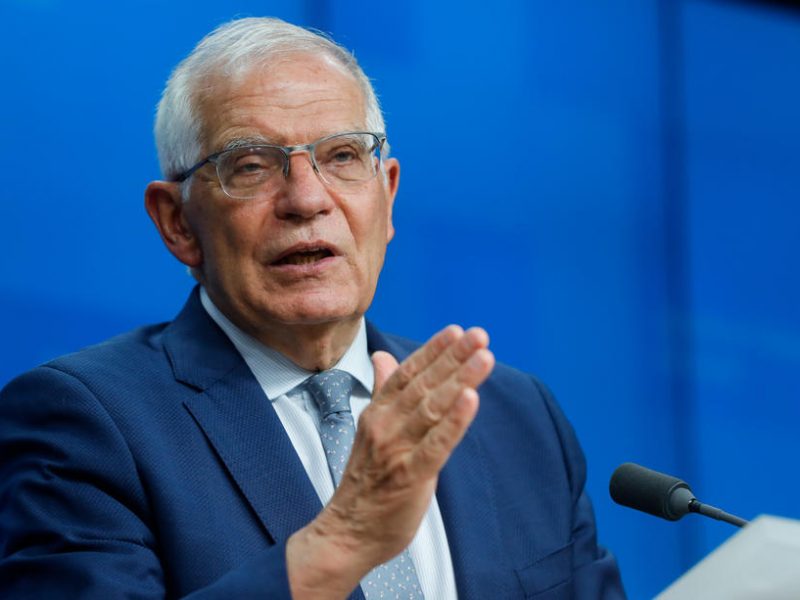 The EU will leave its military training mission in Mali suspended, but will not terminate it for the time being, the bloc’s top diplomat Josep Borrell said on Tuesday (May 17).

“We decided to reaffirm our decision of suspending operational training …