The Brief, powered by BP – The trade elephant in the room 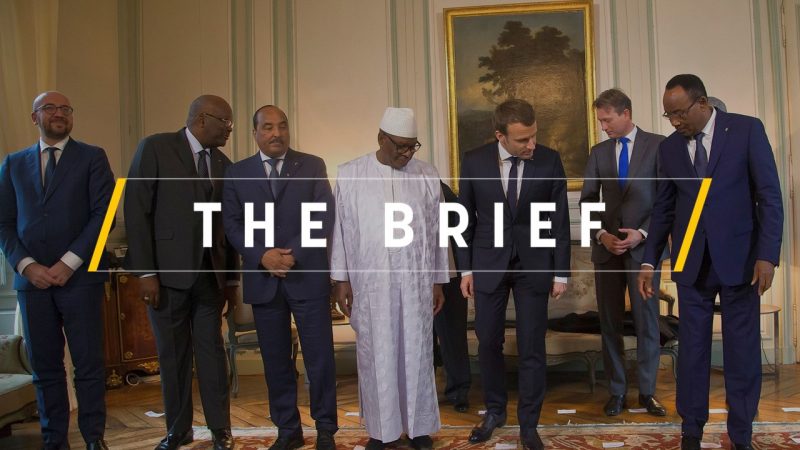 Ursula von der Leyen’s speech in Strasbourg this week touched on the idea of a ‘geopolitical Commission’ without specifically mentioning Africa. But that’s not a surprise or a slight.

If the von der Leyen Commission is to be ‘geopolitical’, it will actually have to define a new relationship with Europe’s sister continent rather than just talk about it.

“The status quo works for nobody,” said Mohamed Yahya of the UNDP, pointing out that Africa is losing many of its most dynamic young people while EU leaders try to face both ways on migration.

African leaders and business figures have been encouraged by the rhetoric of the incoming Commission, though the participants at the EU-Africa Business summit in Marrakech this week were not holding their breath.

Investment in African infrastructure is badly needed, but the signals from von der Leyen are that there is not much extra cash. The Commission says it is on target to deliver €44 billion of private investment, as promised by Jean-Claude Juncker’s External Investment Plan, but most of that is leveraged using a small amount of EU budget money.

But without new largesse it is hard to see how the EU will be able to shift the perception that when it comes to building roads, ports, bridges and railways, China is more likely to provide the cash.

So what can the EU offer?

There is a role for aid – where the EU is still the largest single donor – and the EU has promised to fund technical assistance to make the African Continent Free Trade Area a reality. But trade is the elephant in the room.

“The Marshall plan was targeted. It was very strategic to help those countries affected by the war to stand on their own two feet, that is the way aid should work. It should be directed towards self-reliance,” she added.

Unequal EU-Africa trade relations are one of the root causes of the economic migration that has exorcised so many EU leaders in recent years.

The EU is still the largest trade partner in goods and services in Africa, but a frequent complaint is that while 70% of Africa’s exports are in raw materials, it imports most of its manufactured goods, losing out on the ‘value-added’ that drives most of the revenue in trade.

The obvious offer from Brussels would be to replace the widely disliked Economic Partnership Agreements, and Association Agreements, with more generous trade deals.

Even Morocco and Egypt, two of the wealthier and more industrialised African countries and bigger trade partners with Europe, run large trade deficits with the EU. Until this imbalance is addressed, any talk of ‘equal partnership’ will continue to ring hollow.

EURACTIV’s Frédéric Simon got hold of the first draft version of the European Green Deal, which outlines “a set of deeply transformative policies” the new Commission intends to put forward to tackle climate change, clean up the environment and green the economy.

The outgoing president of the European Commission, Jean-Claude Juncker, appeared before the press for one last time on Friday and said he regretted that the Spitzenkandidaten system that landed him the top job in 2014 was not upheld this time.

Six EU countries, Finland, Belgium, Denmark, Netherlands, Norway, and Sweden, will join the INSTEX mechanism for trade with Iran, they declared in a joint statement ahead of further talks between parties to the Iran nuclear deal in Vienna next week.

Since the German government abolished the mother sheep premium in 2005, shepherds have been suffering financially. But as 22 other EU member states still award such a premium and Germany could still reintroduce such a bonus at any given time, shepherds continue to protest.

In an interview with EURACTIV Germany, Ukraine’s Deputy Foreign Minister Olena Zerkal talked about her (low) expectations for the upcoming Russia-Ukraina-France-Germany meeting and what role the EU should play in the de-escalation process.

Polish Prime Minister Mateusz Morawiecki has announced reconstruction plans for the country’s battered shipbuilding industry. However, there is still no clear strategy and the current ideas have been slow to come go beyond mere concept.

COP25 opens in Madrid on Monday. NATO summit kicks off in London on Tuesday.