In Daloa, lot of young people are dreaming about Europe.

“You have to go and see for yourself everything they say about Europe,” says Justin. The 14-year-old is studying animal husbandry at the Amigo Foundation, a centre that trains young Ivorians in the Yopougon neighbourhood of Abidjan.

But with five cousins living in Marseille, Justin dreams of going away one day. “And, there, work is more profitable. Here it is not possible to make a good living,” he says.

His coursemate Blé dreads the passage to Libya and the route through the Sahara desert, the route chosen by the majority young people leaving towards Europe, but nonetheless he is gathering information on the economic situation in France, on the price of the visa, and so on.

Salimata also dreams of Europe. The girl has just arrived in the centre and is thinking about joining the ironwork training proposed by the foundation.

“Young people at this age, they are attracted by the illusion of easy life. For them it’s Europe. They do not understand that in Europe and without paper, nothing is easy. They do not believe what they see on television,” said Father Vincent, head of the Amigo Foundation.

For 23 years, the foundation has worked with children and young people who had trouble with the law, abandoned minors, but also the “microbes” – young boys grouped in ultraviolent gangs in Abidjan and nearby towns.

“We welcome about 70 children between the ages of 13 and 20, who receive professional training for two years,” explains Father Vincent.

“On the question of departure, we already talk a lot with them, we do awareness raising,” he added. 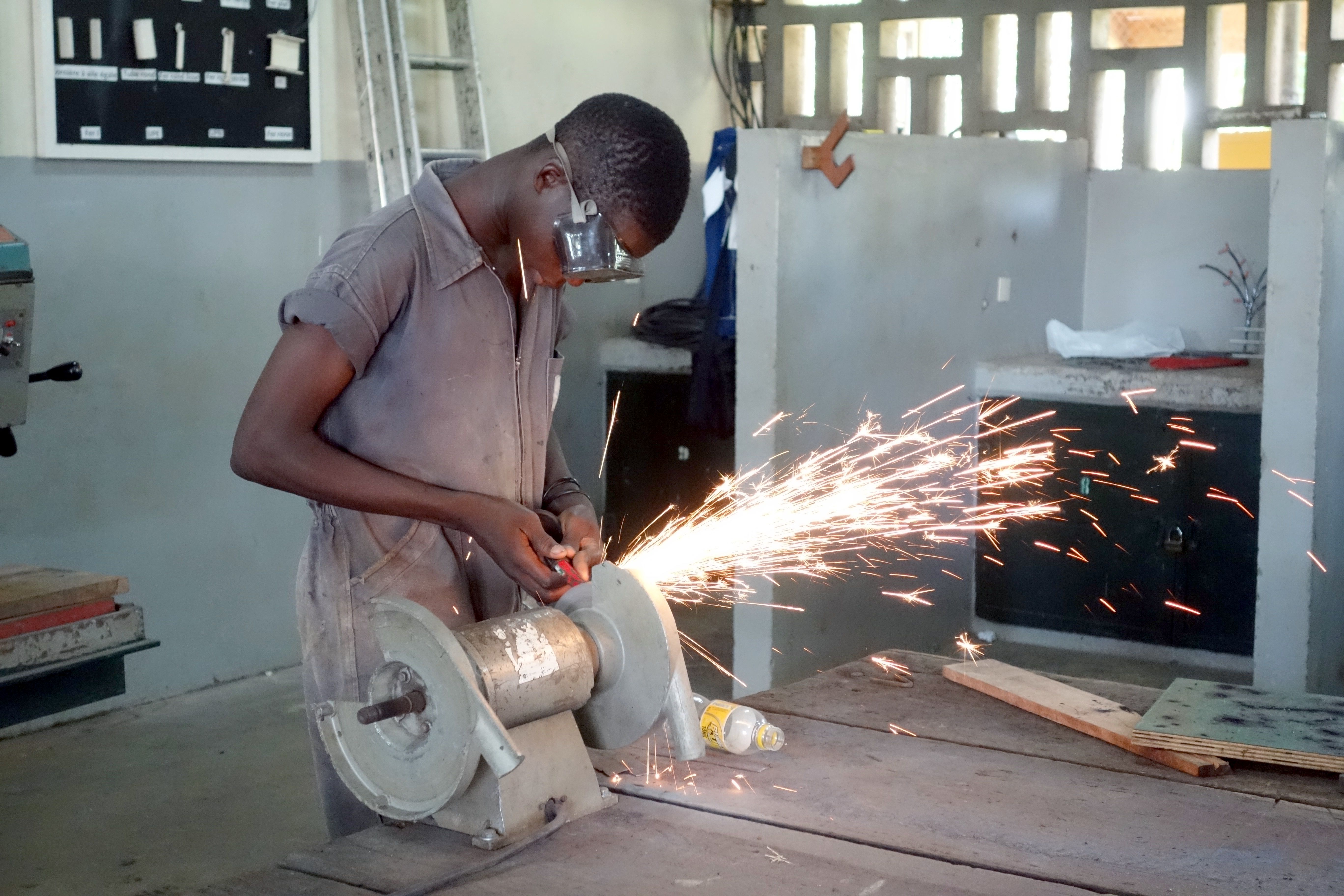 The dream of Europe, however, remains stubbornly lively among young Ivorians.

Despite dynamic economic growth and renewed political stability, the unemployment rate remains high, particularly among young people, and access to training is too expensive.

As a result, between January and September, Côte d’Ivoire was the third country of origin of migrants arriving in Italy via the Mediterranean, according to figures compiled by the International Organisation for Migration (IOM).

Jean-Marie left in 2015 headed towards Tunisia, where he hoped to start a professional football career. “I was promised a contract at a club there, but when I arrived I realised it was a scam,” he says.

To finance the trip and the promise of the contract, Jean-Marie paid about €2,300, all of his savings, but also part of his mother’s.

Stuck undocumented in Tunisia, the young man eventually contacted IOM on advice from a friend, and benefitted from a programme of return and reintegration. “Today I regret, I lost a lot of money that I could have invested elsewhere,” he said.

Back in Abidjan, Jean-Marie was able to start a small chicken farm thanks to the reintegration programme. “Now I try to discourage some of my friends who want to go to Europe. But before leaving, even if one had tried to dissuade me, I do not know if it would have changed much,” he admits.

Information on the risks of illegal migration is the subject of a national campaign in Côte d’Ivoire, but the message is often difficult to hammer home. “We will not change the way people think about the migration issue in minutes,” said Marina Schramm of the IOM office in Abidjan.

“The dialogue must be sustained and regular. It is not by saying once do not go to Europe that young people will give up.”

The first surveys of repatriated Ivorians from Libya helped to identify some of the reasons for migration. “The first is the desire to improve living conditions, not the absence of work as one might think,” said Issiaka Konate, director general of the NGO “Ivorians from outside”.

Today, the risks of migration are beginning to resonate with the populations in Côte d’Ivoire. And migrants are more aware of it. “When I decided to leave, I said nothing to my wife or my friends, because I know they would have tried to hold me back,” says Sylvain, who has just returned from Libya after failing to reach Italy. “But when I left in May 2016, there was not as much information about what is happening in Libya for example. Now, we talk about it more. People know, they just do not want to believe it.” 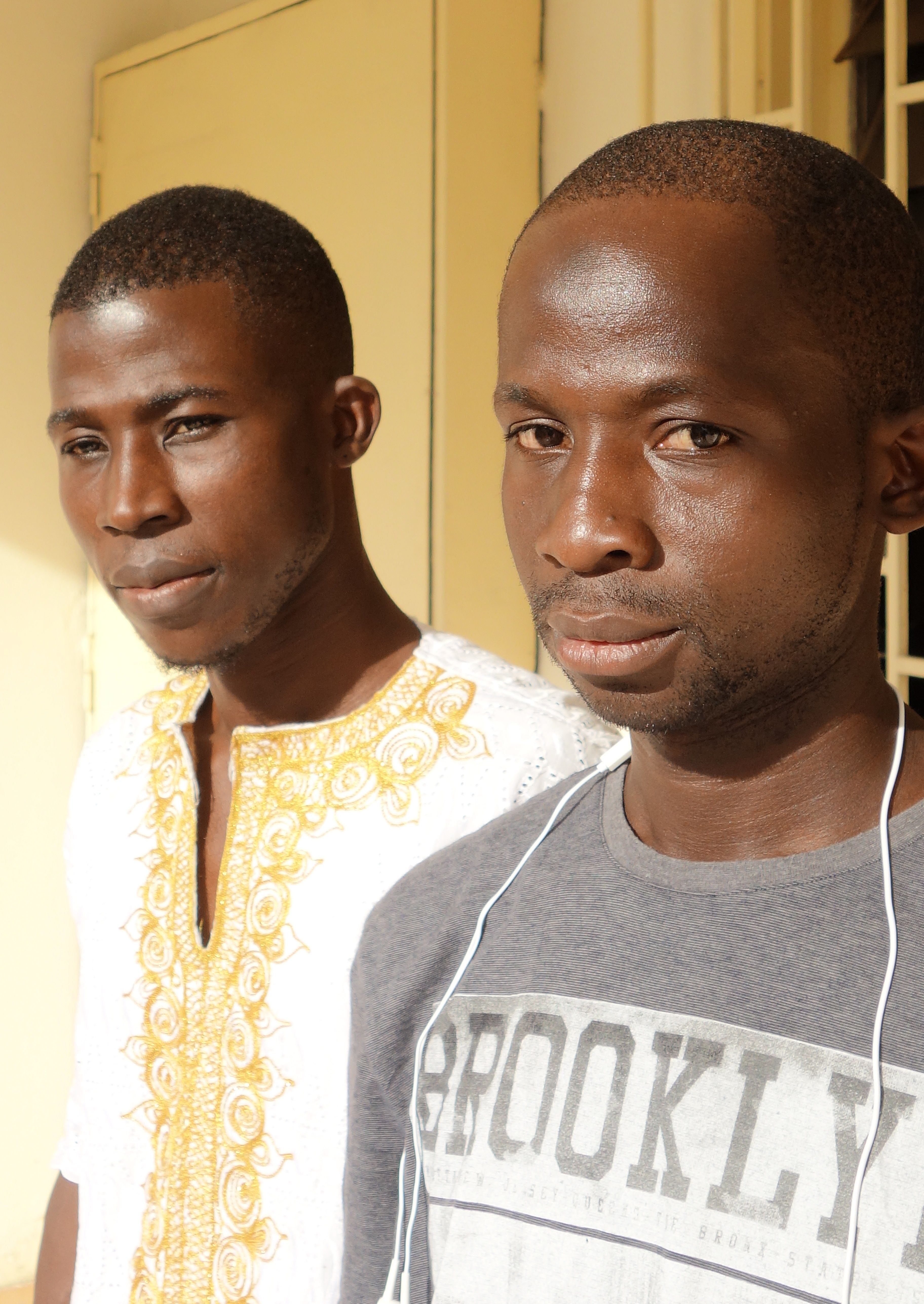 The European dream is also often maintained by relatives living in Europe. “My cousin moved to France two years ago. And he’s the one who financed my trip. If he found the money, I must mean life is good for him there,” says Yaya, who also returned to Abidjan after attempting to cross  the Mediterranean from Libya. “We know the risks of making the trip, but if you manage to pass then the desert is no longer scary.”