Africa is speaking with one voice, is the EU listening? 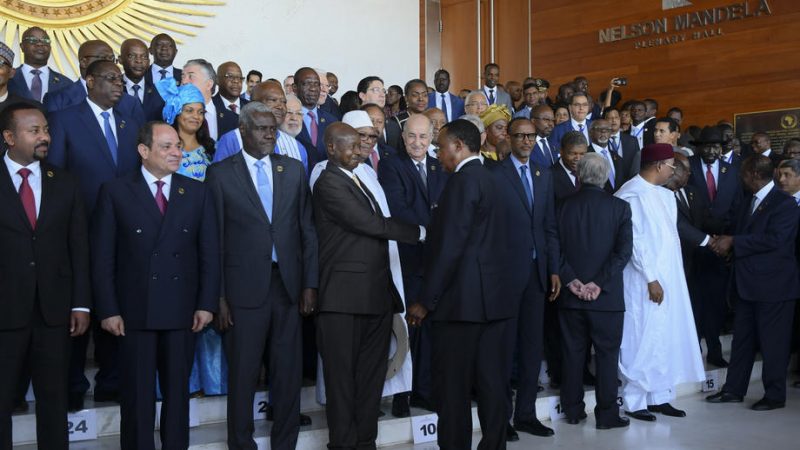 Europe thinks it is doing enough to secure a new ‘strategic partnership’ with Africa but its current approach to the pandemic could derail talks next week, write Emily Wigens, Friederike Röder and Eloise Todd. EPA-EFE/STR

Europe thinks it is doing enough to secure a new ‘strategic partnership’ with Africa, but its current approach to the pandemic could derail talks next week, write Emily Wigens, Friederike Röder and Eloise Todd.

Emily Wigens is EU Director at The ONE Campaign; Friederike Röder is Vice-President of Global Advocacy at Global Citizen; Eloise Todd is the co-founder of Pandemic Action Network.

As European and African leaders prepare to meet in Brussels, the stakes are high. Against a backdrop of the continued spread of COVID-19 globally and downward growth revisions, Europe wants to establish a partnership with Africa to make strides against some of the most pressing (and expensive) challenges the world is facing.

Europeans are increasingly on the receiving end of global threats that their governments cannot tackle alone. Climate change, for instance, which fuelled the devastating floods in Germany and Belgium this summer, or the rapid spread of new variants, so the threat of new restrictions continues to hang over citizens.

However, if COVID-19 is a litmus test for how effectively the world can come together and act based on mutual interest, then the outlook isn’t reassuring. EU leaders were accused of implementing discriminatory travel bans against southern African countries following the discovery of Omicron by South African scientists. Last year, it was revealed that, despite high-vaccination levels in most of Europe, the EU continued to procure more vaccines than it needed, leading to the terrible irony that J&J shots produced in South Africa were being exported to the bloc while African governments had to wait.

In an incredibly competitive and complex global context, a new partnership can demonstrate to the rest of the world that multilateral action is still possible. The EU must use this opportunity to prove to Africa that cooperation and solidarity aren’t dead. It will require significant levels of new funding and new ideas to showcase Europe as a serious and credible partner. Repackaging past promises won’t be enough.

Europe’s under-funded and over-stretched development aid budgets are insufficient. European leaders need to look creatively for new sources of revenue that can form the basis of a serious investment package. Redirecting Special Drawing Rights (SDRs) – an obscure IMF reserve asset – could hold the key. In the latest allocation of SDRs, EU Member States received the equivalent of $171billion after delivering historic stimulus packages to shore up their economies. In contrast, African governments received SDRs worth just $33bn.

In wealthy nations’ defence, one of the reasons they backed a new allocation of SDRs was to ensure no country was left behind in the global economic recovery from coronavirus and rechannel these resources to where needs are greatest was well recognised. In May 2021, President Macron hosted the Financing African Economies Summit, where the idea of redistributing at least $100bn of SDRs to Africa was put forward by leaders of both continents as part of a ‘New Deal’. President Sall of Senegal, who has just taken over as Chair of the African Union, repeated this call at the AU Summit this weekend.

Since then, however, Europe has been slow to turn promises into action. Only a handful of countries have honoured this commitment – France, Italy, and Spain have pledged 20% of their new SDRs, and Belgium and the Netherlands also recycled smaller amounts. At the Summit, Team Europe should fill the gap to the $100 billion targets promising an extra $45 billion from their allocations.

There is no reason to delay sharing SDRs – these are resources that wealthy governments rarely use. Following the 2009 allocation, some 20 developing countries used most of these new resources within a year to help withstand the fallout of the global financial crisis while rich countries barely touched them. This is a once-in-a-generation opportunity, and the bottom line is: Europe can afford it.

Vaccine equity should have been the investment opportunity of the century. The global cost of unequal vaccine distribution will run into the trillions of dollars – and millions of lives – but to date, leaders haven’t summoned the political will to find the relatively small amount of billions needed to beat the virus.

In October, the Italian Presidency of the G20 rallied leaders behind a global target to vaccinate 40% of the world’s population by the end of the year. Just seven African countries have met the target. As things stand, it would take Burundi until 2132 to reach this goal, let alone the additional global target of vaccinating 70% of the population in all countries by mid-2022. At the same time, many European countries are enjoying high vaccination rates, with as much as 80% of citizens fully vaccinated in some Member States.

Team Europe’s efforts to address this inequality have been incremental at best. President Ramaphosa has criticised richer nations’ response: “They are just giving us the crumbs from their table.” The EU needs to make Africa a serious offer that rapidly increases the availability of COVID-19 vaccines and treatments and delivers against the continent’s longer-term health objectives. From swapping delivery slots to ensure African governments receive the next batches of vaccines straight off the delivery line to scaling up investment in procurement and delivery infrastructure, supporting local manufacturing by backing Africa’s call for an IP waiver and sharing technology – everything should be on the table.

To strengthen trust between the two continents, Team Europe must come to the Summit with commitments that demonstrate it is ready to deliver against existing promises and make new commitments that align with Africa’s priorities. A new partnership would end the pandemic faster for everyone, lead to more and better-coordinated action on issues like climate change, and mean more influence on shared priorities globally.

Solidarity and cooperation are not only the right thing to do but the only way out of this crisis and through the next.