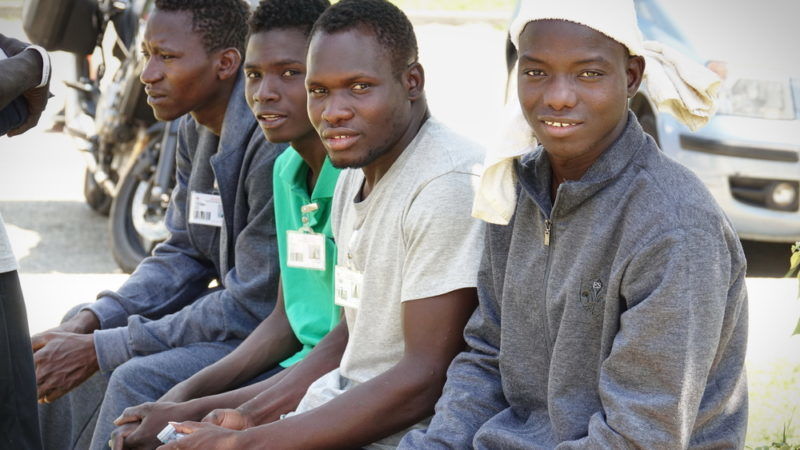 Marije Balt is director of SpringFactor, a post-conflict expert and former diplomat, engaged in peacebuilding and conflict transformation since 1995.

The EU-Africa Summit on youth will take place in Abidjan, nicknamed ‘Manhattan of the Tropics’. This city is the largest of Ivory Coast, a West African country.  Though it has one of the fastest growing economies on the continent, its youth does not reap the benefits. Rather, they are worse off than their generation elsewhere in Africa, according to the Youth Development Index. It comes as no surprise that many opt to leave for Europe. In 2016 alone, at least 12.000 Ivorians arrived in Italy.

Few have the right to asylum, but sending migrant youth back to Africa proves difficult. Governments in Africa are not inclined to collaborate on Europe’s migration policies. While in Ivory Coast recently, I was told, ‘Europe prompted the migration influx by disposing of Gaddafi, which caused chaos in Libya. Europe has preyed long enough on Africa’s resources. Aid and economic investments pale in comparison to illicit financial flows – mainly by Western multinationals skilfully circumventing their tax obligations.’ But what about their own weak leadership? It is easy to try and levy criticism towards Africa’s leaders, but they see the situation as: Europe does as it pleases in Africa and then points fingers.

High levels of remittances from Europe to Africa make it politically difficult for African governments to curb migration, which is often deemed ‘Europe’s problem’. Moreover, they are not keen on readmitting migrants illegally staying in Europe. When the EU offered Mali an attractive deal, its population attacked officials for betraying them.

In the meantime, Europe is growing impatient. Where is ‘our’ former influence? Let Africa guard its own borders. Do these – often old – rulers need cash and equipment? Let them have it! Under the radar, if need be, like in Libya. With this strategy, European politicians scored points and created a drastic drop in the number of migrants crossing the Mediterranean Sea. But at great human cost, with African migrants even being submitted to alleged slave auctioning, as witnessed by CNN in Libya.

Meanwhile West Africa is heating up. In Senegal, Burkina Faso and Gambia, youth movements successfully pushed ageing rulers out of power. Young people have recognised their growing influence and their numbers are expected to swell to 400 million by 2050. The 2017 Ibrahim Index of African Governance warns African leaders  on doubling down to maintain the status quo. They have repressed protests and cut off access to the internet. Now they want to further restrict young people’s freedom of movement. Why not use well-trained border guards and their high-tech equipment for this – meant to tackle migrant smugglers and terrorists. Young Africans fear this will be used against them. Meanwhile the European Union continues to put its faith in strong leaders.

Fortunately, we have the EU-African Union summit to focus on youth. Generous aid packages to create jobs for youth will be pledged. Entrepreneurship is the friendly theme for donors and aid organisations. But for the youth in Africa, there is little space to start or grow a business. The elderly feel their time hasn’t come yet, and ‘authorities’  want their cut of the profits. So, does aid make sense? As entrepreneurial as you are, what would you do with your loan or savings? Leave for Europe, of course! Millennials from Africa are impatient and have seen what the European continent offers – via Instagram.

The summit should not only discuss what helps youth, but also what undermines them. That has become our affair too. European politicians cannot afford to intervene as they like in Africa, and coerce rulers into following their agenda by buying them off. This allows those rulers to strengthen their power, stifle real economic growth, and repress youth even harder. Our well-intended aid to young entrepreneurs might not yield the desired results: their incentives to leave are stronger. And the number of youth in Africa is set to double.

If you want to get future-orientated African leaders on board who are willing to act in favour of youth, the EU should aim at a more equitable and open relationship with Africa. Wouldn’t it be great to jointly build a new generation of African entrepreneurs with EU investments in knowledge, technology and regional integration?

However, Europe continues to put its interests ahead of African countries. This bothers these future-oriented leaders: unfair trade, illicit financial flows from Africa, and security interventions in the interest of European countries. Our politicians will have to change their behaviour, if the EU wants to get these leaders on board. Until then, don’t let the Africa deals provide another incentive for youth to leave.