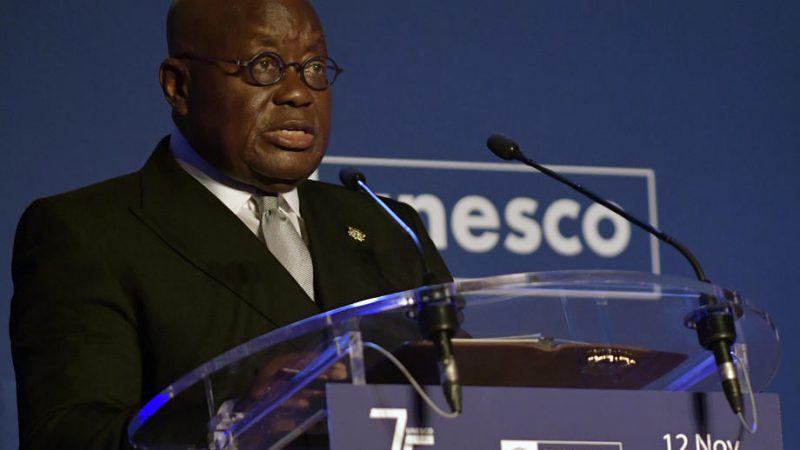 Ghana must play a key role in building the new partnership between Africa and Europe, writes Sena Siaw-Boateng.

The next EU-AU Summit will take place in Brussels in February. It should mark a turning point in relations between the two continents. In this context and while Africa-Europe relations will be one of the priorities of the French presidency of the European Union, the President of Ghana’s address to the MEPs during the last plenary session of 2021 is a real opportunity to strengthen relations between the two continents in which Ghana must play a key role. The country has a role to play in order to facilitate dialogue and enable partnerships that can transform Africa-Europe relations into action.

The European Union is the leading development partner on the African continent in terms of trade, investment, development assistance, humanitarian aid and security. However, Europe must go much further in its commitment journey with Africa. On the other hand, African, countries also have a role to play by being responsive and responsible in showing that they can be strategic partners.

Ghana is scheduled to be removed from the EU list of countries with weak anti-money laundering and counter terrorist financing regimes. The country was placed on the list in 2019 but has since made significant efforts, including the transition to the new Anti-Money Laundering Act of 2020.

This changes everything in the bilateral relations. Ghana has once again emerged as one of the leading African countries in which European partners and stakeholders can have confidence. Ghana’s exit from the list will facilitate financial flows to and from European countries, as it is no longer subject to automatically increased control.

Indeed, these important reforms have significantly further strengthened the bilateral relationships across the EU and will allow Ghana to continue playing its key role and also lead the strategic and renewed partnership between Africa and Europe.

The European Union announced recently that it will release €25 million to support and strengthen the economic, social and environmental sustainability agenda of cocoa production, with Ghana being the world’s second largest cocoa producer and first in the production of high-quality premium beans.

The need to set an example at the sub-regional and continental level.

Ghana must and will leverage its reputation as a peaceful nation and its good governance credentials to embody the role of a privileged interlocutor of the European Union while working with the members of the West African sub-region to forge meaningful cooperation. Ghana currently holds the Chairmanship of the Authority of the Heads of State and Government of ECOWAS and going forward will encourage the institutions that support democracy within ECOWAS to respect the rule of law.  From January 2022 Ghana will become a non-permanent member of the UN Security Council, a role it will play, during this difficult pandemic period with pride.

The confidence that the African Union has reposed in Ghana by situating the African Continental Free Trade Area (AfCFTA) Secretariat in Accra must not be overlooked.  Ghana, therefore, entreats the European Commission to support Africa’s ambitions for this continental free trade area as its potential to foster intra-African trade and regional integration is enormous. This desired support will allow the continent to access global markets and build resilient economies for the benefit of the African peoples.

Africa needs to manufacture its own vaccines

The European Commission and the European Investment Bank are offering much needed support for Ghana’s vaccine production and budding vaccine industry.  By deploying structures to produce vaccines Ghana will complement the global efforts aimed at eradicating the pandemic.

It is now evident that African countries cannot be dependent on the world for vaccines and have a responsibility to also develop their own capacity to produce vaccines.

The next Africa-EU summit should therefore allow the two continents to define their common priorities and the African vision must find its place during this process. Beyond the opportunity to remind the world of the importance of vaccine manufacturing in Africa and the economic integration of the continent, this Summit will also throw some positive light on the importance of multilateralism as well as our collective action towards the fight against insecurity in the Sahel. Ghana intends to play this role as a proud strategic African partner.