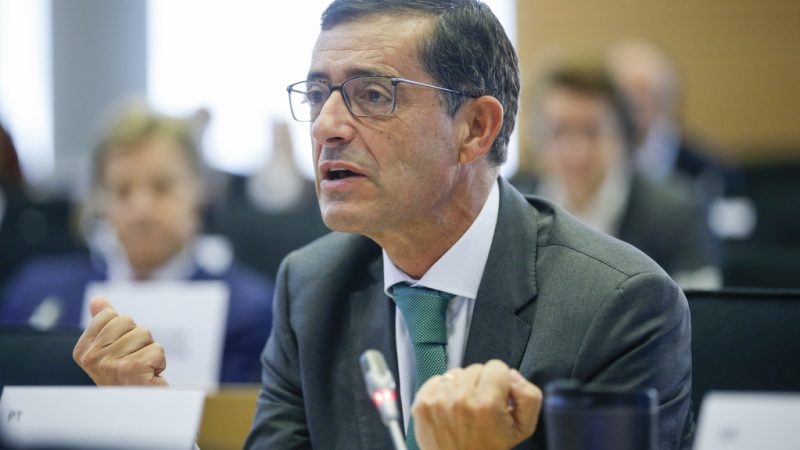 The ongoing 38th Joint Parliamentary Assembly of the EU and the African-Caribbean-Pacific countries in Kigali, Rwanda, is taking place at the right time to send a clear message to the new EU Commission and to the world leaders in view of the crucial upcoming COP25 in Madrid. [European Parliament]

The international scenario is rapidly changing, but not necessarily in a positive way. That’s why there is a need for a progressive partnership between the European Union and the Africa-Caribbean-Pacific countries, writes MEP Carlos Zorrinho.

Carlos Zorrinho is a member of the Group of the Progressive Alliance of Socialists and Democrats in the European Parliament as well as co-president of the Africa Caribbean Pacific (ACP)-EU Joint Parliamentary Assembly.

The regrettable disengagement policy from the multilateralism context put forward by US President Donald Trump and summed up in the slogan ‘America first’; the disgraceful and blind deforestation action carried out by the Brazilian authorities; the permanent destabilisation in the Middle East; the spread of poverty and the deepening of inequalities in the African continent have all made the call on Europe to play a greater worldwide progressive role louder, and stronger.

The ongoing 38th Joint Parliamentary Assembly of the EU and the African-Caribbean-Pacific countries in Kigali, Rwanda, is taking place at the right time to send a clear message to the new EU Commission and to the world leaders in view of the crucial upcoming COP25 in Madrid.

We are convinced that the only way forward to legally manage migration, ensure the creation of jobs, growth, peace and stability is investing in parallel in education and on Micro-Small and Medium enterprises. It means, in other words, tackling the challenges ahead of us with a progressive approach centred on the Sustainable Development Goals.

A solid and mature society, free from gender, ethnic and religious discrimination, a participatory democracy based on human rights, rule of law and accountability, as well as a real empowering of women for political leadership, are the pre-conditions to create the right environment for the creation of jobs and sustainable growth.

The ACP-EU session in Kigali is also the right moment to reaffirm the central importance of the parliamentary dimension in the post-Cotonou Agreements, taking advantage of the enormous potential of dialogue between the representatives of the people, in order to create a framework of mutual understanding favourable to strong cooperation.

We believe that the outcome and the proposal that will be elaborated on during this Session, based on an extended parliamentary dialogue among the different geographical and political regions and focusing on issues that are critical to the sustainable development of each bloc, will have to inspire a long-term EU strategy toward these areas and with the ACP countries.

Europe not only shares the same challenges and threats with African, Caribbean and Pacific countries but also opportunities. We call on our leaders to listen and act together, on an equal basis, for the common good. No borders or walls, no trade or fiscal barriers, no primacy slogan will ever be able to stop the right to aspire for a better and fairer life.