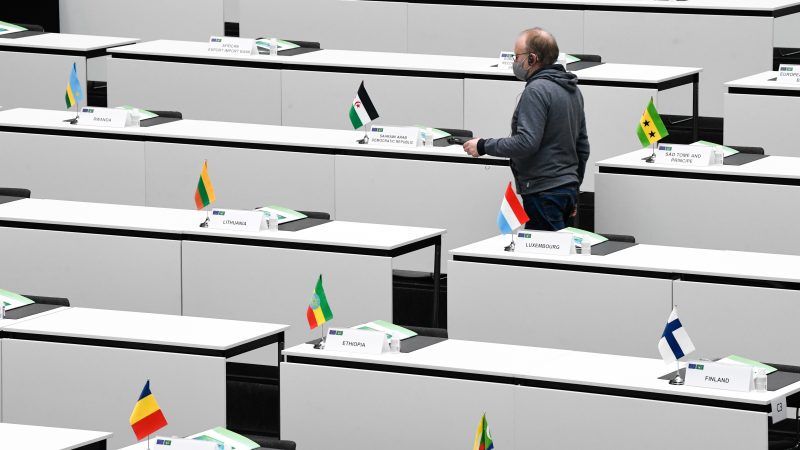 Growing instability across Africa’s Sahel threatens the livelihoods of millions, promotes migration across the region and to Europe, and puts at risk the very survival of some states, argue H.E. Mahamadou Issoufou, Chrysoula Zacharopoulou and Catherine Chabaud.

In the last year, the various coups d’états that hit the region sent an ever-stronger signal of crisis, if it were needed. Ten years after the fall of Libyan President Gadhafi, governments across the Sahel have been faced by an unequal struggle against violent insurgents. Military collaboration has been put under strain, and the institutions for managing government administration have been rendered ever-more fragile.

The immense effort in blood and money made by the region’s armies and their western partners to suppress armed insurrections will have no end unless accountable government and broad-based development draws oxygen away from these insurgencies.

Tackling the combination of socio-economic-environmental challenges present in the Sahel is urgent. Doing so demands understanding the root causes, which include restoring the viability of the landscapes in which farmers and herders seek to make a living. Across the region, the incomes of farmers and herders remain amongst the lowest in the world, and young people are leaving rural areas in ever-greater numbers.

While the Sahel has seen significant progress on health and education, overall progress with the Sustainable Development Goals (SDGs) has been patchy, with the state absent from many areas. Low land productivity has been exacerbated by uncertain rights to land and natural resources, and rising environmental stresses, further exacerbated by more volatile patterns of rainfall. Yet agroforestry and agroecology could help build resilient crop and livestock production in these regions.

One year ago, in January 2021, a number of bilateral and multilateral donors committed over €14 billion to the Great Green Wall (GGW) initiative at the One Planet Summit hosted by President Macron of France. Having started as a simple campaign to plant millions of trees along the edge of the Sahara Desert, the GGW now espouses a thoughtful, mosaic approach, tailored to local context and recognising the power of local knowledge and expertise. Provided with these financial resources and a more integrated approach, the GGW could become utterly transformative, enable a rapid scaling-up of grassroots-led initiatives, and achievement of the SDGs.

Many of the region’s countries have begun to recognise the importance of regenerating their badly degraded landscapes, if only to fulfil their Nationally Determined Contributions (NDCs) to the global climate change effort, agreed at Paris in 2015. Some nations have gone much further, such as Niger, which has strengthened local farmers’ rights over land and trees, thus providing them with firmer incentives to invest in their resources.

As we move towards the AU-EU Summit in this decisive year for strengthening Africa-Europe relations, the critical challenge for 2022 is to build a partnership to ensure this financial commitment to the GGW can do the greatest good across the region.

In each successful case, improved tenure and governance, usually backed with targeted technical and financial assistance, have encouraged the regeneration of trees, investments in soil fertility, and better management of grazing. This rapidly reverses land degradation and boosts productivity. In turn, it kickstarts a virtuous circle of development: the growing confidence farmers and pastoralists feel in their tenure of land, trees and grazing prompts them to invest in simple measures to grow more crops and protect valuable trees and shrubs. This generates new jobs within and outside agriculture, encouraging young men and women to stay home and develop their communities.

Alongside the hard work of local people, governments must also invest in public infrastructure in rural areas, in roads and better telecoms coverage, and in essential health and education services. In stark contrast to the very mixed impacts from large-scale agricultural investments in the region, the benefits from institutional, technical and economic investment in local communities are well-established and positive.

Governments across the Sahel need to show their people they can listen to, learn about, and support local people’s priorities. Now is the time to rebuild land and livelihoods in the Sahel and strategic partners, including the European Union must demonstrate it can support a just rural transformation in the region.