Michael Hailu is the director of the Technical Centre for Agricultural and Rural Cooperation (CTA).

As global business leaders gather in Morocco today (30 November) for the EU-Africa Business Summit to focus on economic relations between African countries and the European Union, it is timely to remember that by 2050, the world will have another two billion mouths to feed. Without urgent reforms to agricultural production, the consequences will be both destabilising and devastating.

With nearly 10 billion people, we need 65 to 100% more food than we currently produce and because land – already in short supply – is limited, we know this food is mostly going to have to come from increased yields and sustainable intensification of agriculture.

Today’s Summit is particularly important given the fact formal negotiations on the future of ACP-EU relations are currently underway and the Cotonou Partnership Agreement between the EU and 79 African, Caribbean and Pacific countries (ACP), which has been in place for two decades, is due to expire on 29 February 2020.

The current agreement covers one in every five people in the world and that in Africa alone, 100 million young people will enter the workforce over the next ten years – the majority depending on agriculture for jobs. So decisions made now could have serious consequences on their future livelihoods, jobs, food and nutrition security.

However, current targets set by the African Union, to create around three million new jobs each year in the African agri-food sectors are not on track. And, with the average age of farmers in Africa still between 55 and 60, we need a significant and concerted effort to change course – and quickly.

Smallholder farmers, who produce 80% of food in Africa, must increase productivity and efficiency but we cannot achieve this shift without making rural jobs more attractive for the younger generation.

A game-changing catalyst for this is digitalisation: a mobilised, tech-savvy youth who can deploy disruptive tools and business models have the greatest potential to transform the status quo. With technology, we can even bypass traditional stages of development, making much more rapid gains.

In June this year, in a prequel to the negotiations, the European Parliament emphasised that any future agreement must support sustainable agricultural development.

The Technical Centre for Agricultural and Rural Cooperation (CTA) is the only joint EU-ACP institution operating under the current agreement and, in more than 30 years of operating, has affected positive change in the lives of millions of smallholder farmers, continuously working to sustainably transform agriculture in ACP countries.

Under the current Cotonou Agreement, CTA has made great strides mobilising resources to equip smallholders, youth and women with ICT knowledge to fast-track the modernisation of ACP agriculture.

Our legacy as the primary credible provider of knowledge to smallholder farmers is unmatched – in 2017 alone, more than 1.7 million of our publications were downloaded, providing best practice guidance on a whole host of topics from crop growing to agricultural policy issues.

Now, as a leader in digitalisation for agriculture in developing countries, we have supported around 800 young agri-food entrepreneurs and start-ups that have collectively reached around 1 million customers and have enormous future potential. At least 50% of the start-ups supported under our recent initiatives are women-led.

In 2017, over 230,000 farmers were digitally profiled, improving their capacity to better target inputs such as fertiliser and, importantly, access lines of finance. We are well on track to meet our targets of affecting increased production for one million small-scale farmers and creating 5000 new jobs by 2020.

Next year, we will be launching a landmark report that draws lessons from the successes and challenges of digitalisation across the agriculture value chain, providing insights into successful business models that can be scaled-up to realise the full potential of ICTs in African agriculture.

We will also be hosting a high-level event to mobilise resources to further the digitalisation for agriculture agenda.

Harnessing the power of big data and new digital technologies will play a pivotal role in achieving increased productivity and transforming agricultural value chains – and, at the same time, make farming and agribusiness much more attractive to younger people.

It is an unavoidable fact that we need to produce more food, which is more nutritious, from the same areas of land. That means we must encourage much more rapid adoption of environmentally-friendly, climate-smart production systems and precision agriculture.

At this critical juncture in ACP-EU relations, we want to ensure that negotiators do not lose sight of this agricultural transformation agenda and CTA’s role in it.

By applying innovation to this critical sector we can help to address key development challenges around livelihoods, jobs, food and nutrition security, continuing momentum that has affected changes in the lives of millions across Africa, the Caribbean and the Pacific. 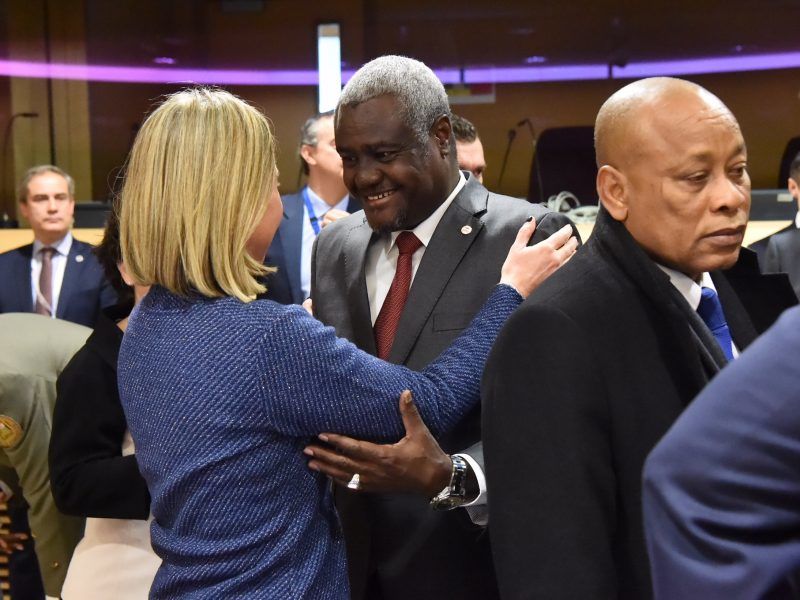