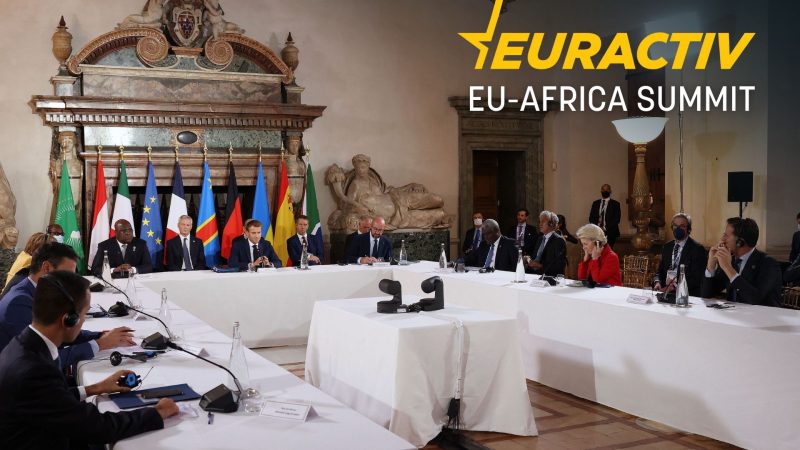 European and African leaders come together for a long-delayed EU-Africa summit in Brussels on 17-18 February in an attempt to frame the two neighbouring continents’ partnership with a number of initiatives, agreements and investment pledges.

The EU will seek to increase its investment and influence in Africa, in the face of a growing Chinese presence there, and competition from the likes of Russia, the UK, Turkey and the United States.

In turn, it will try to agree on a more orderly security architecture in Africa, particularly in the wake of a series of recent military coups in Western Africa. Regulating migration will almost certainly feature high on the summit agenda as well.

The issue of COVID vaccines and waiving intellectual property rights on them, which would allow African states to produce their own versions, is among the most contentious subjects, with some African countries accusing the EU of hypocrisy and ‘vaccine nationalism’.

EU leaders may also hold a separate mini-summit, possibly over dinner, to discuss the growing tensions caused by the amassing of Russian troops around Ukraine’s borders, and the bloc’s possible response in case of a Russian military invasion.