Animal welfare in the EU 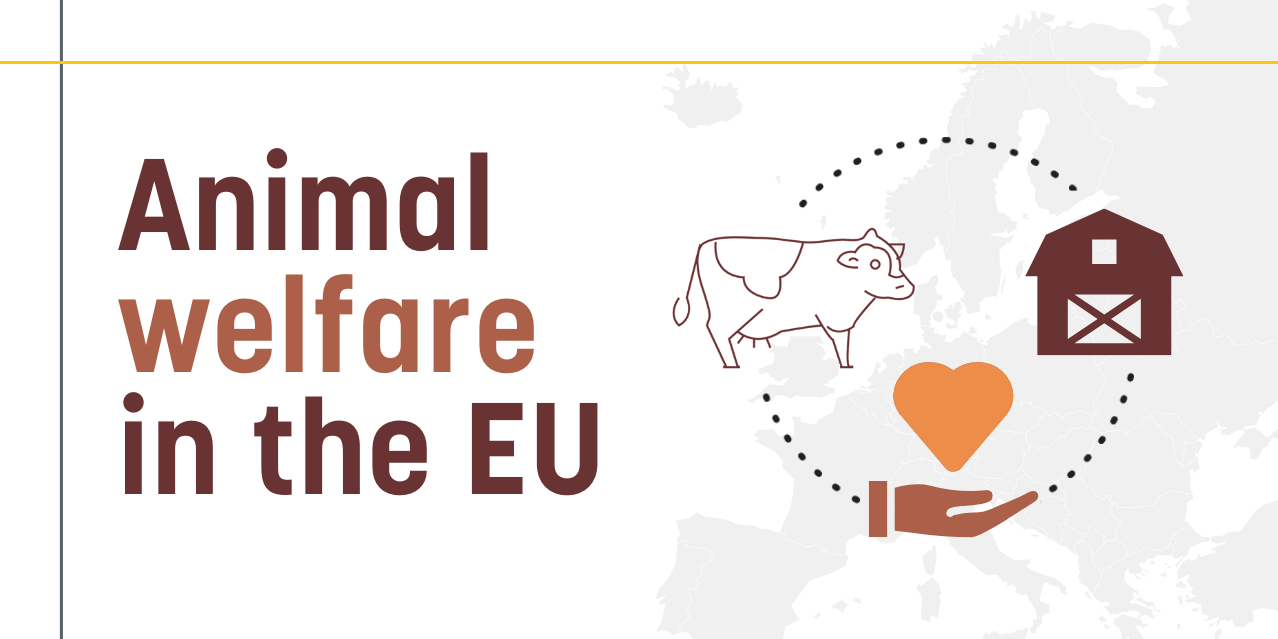 Where do the EU and its member states stand in terms of animal welfare and what is being done on the policy side? In this infographic, EURACTIV takes a look at some of the key facts and figures.

Improving animal welfare is one of the objectives of the EU’s flagship food initiative, the Farm-to-Fork Strategy, as well as the Common Agricultural Policy (CAP). The farming practices that the European Commission has proposed for member states to promote through CAP payments include husbandry and animal welfare measures. 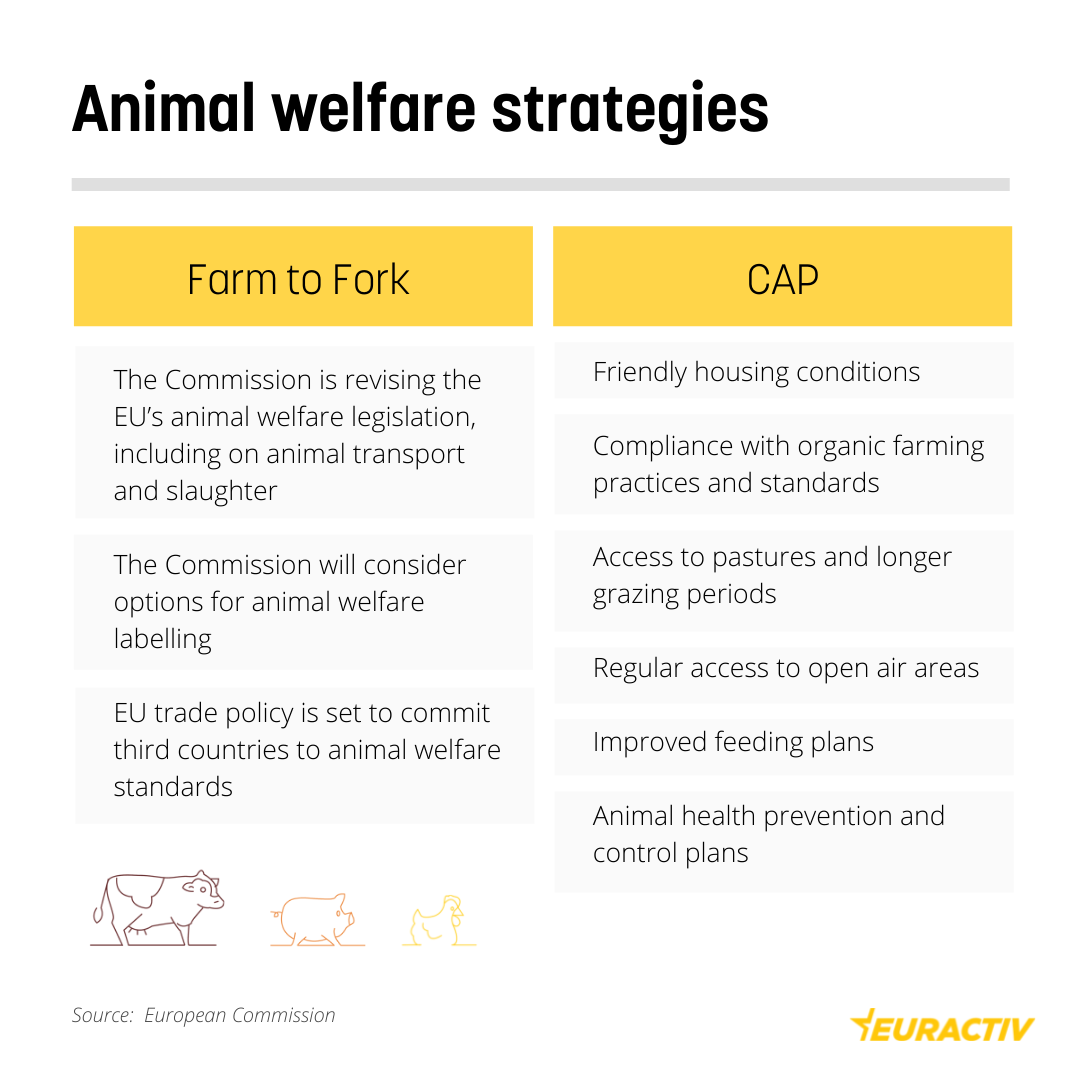 The “five freedoms” of animal welfare

The EU’s legal framework on animal welfare in livestock farming sets out rules for the protection of animals used for the production of food and other products, which reflect the so-called “five freedoms”: 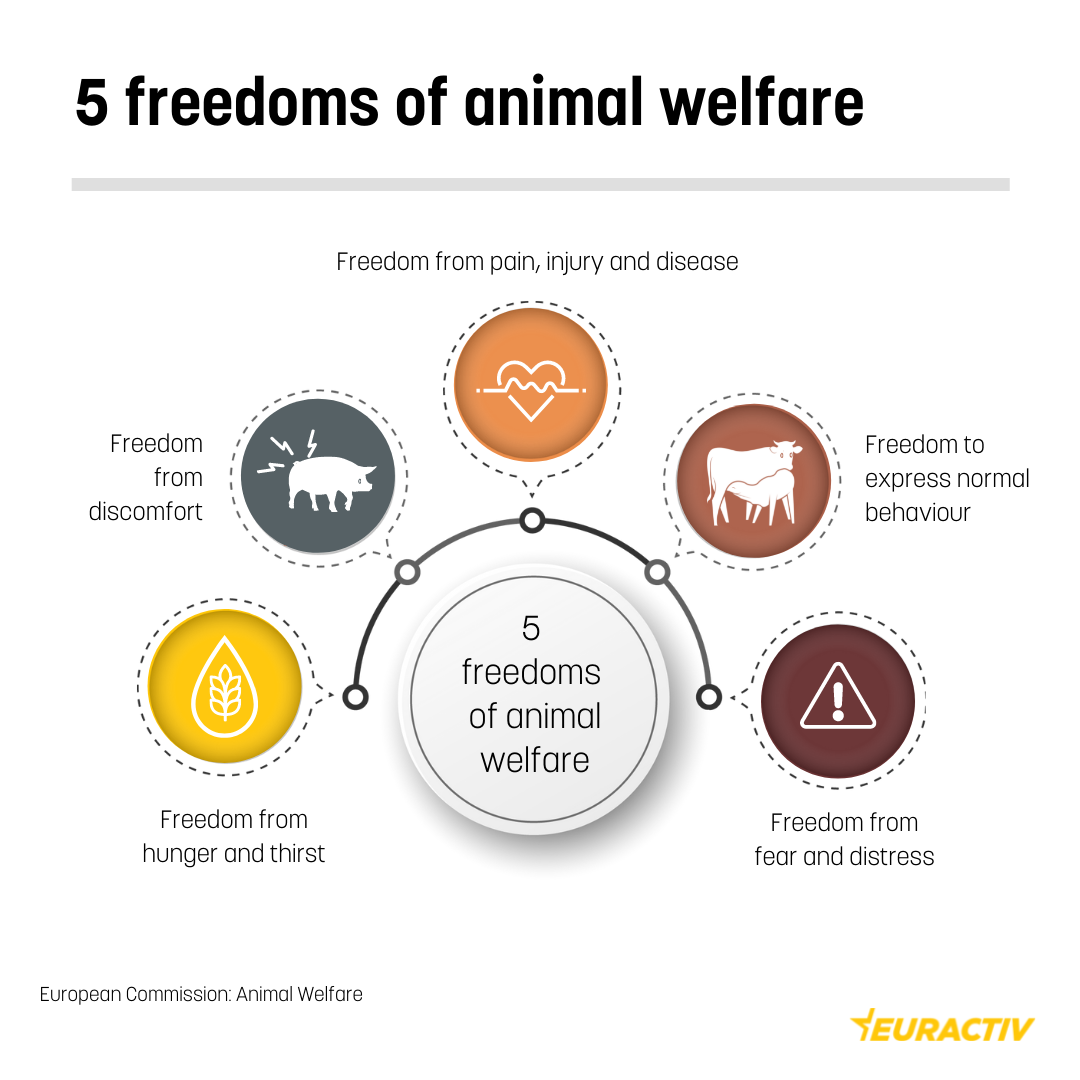 Live animals are transported within and out of the EU for reasons such as fattening, breeding, or slaughter.

While the Regulation on the protection of animals during transport sets out animal welfare conditions, audits conducted by the European Court of Auditors have revealed low levels of compliance and major animal welfare problems.

In response, the Commission is set to overhaul the Regulation and the European Parliament has instigated an Inquiry Committee on live transport (ANIT).

What is organic livestock farming?

To market their products as organic, livestock farmers need to fulfil a number of animal welfare conditions, among other things. These include: 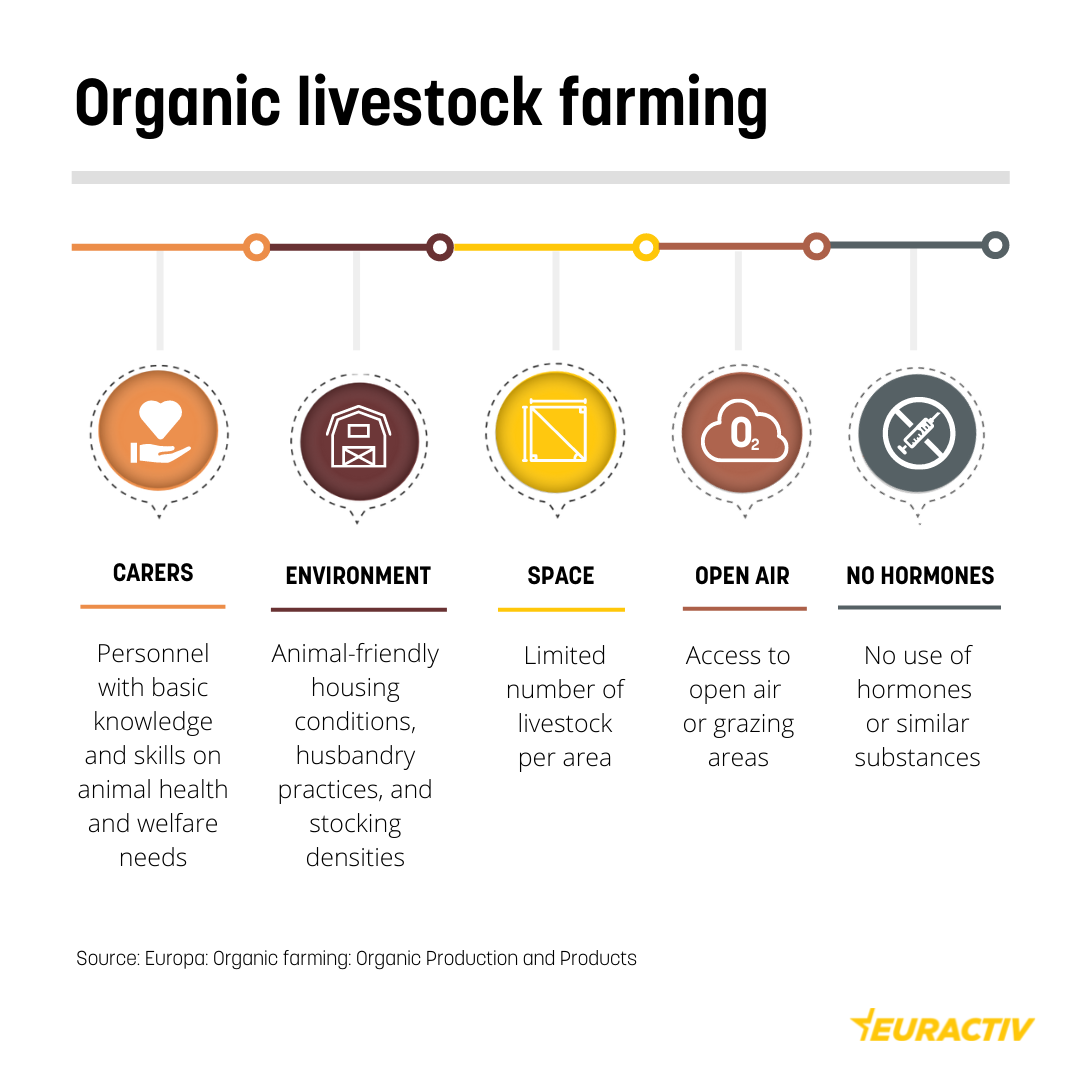 What is organic livestock farming Graphic

How common is organic livestock farming in Europe?

After the European citizens’ initiative “End the Cage Age” collected more than a million signatures, the European Commission has committed to proposing legislation for the fadeout of caged animal farming. Currently, however, many animals are still kept in cages.