Show me the money: How much is the next CAP worth? 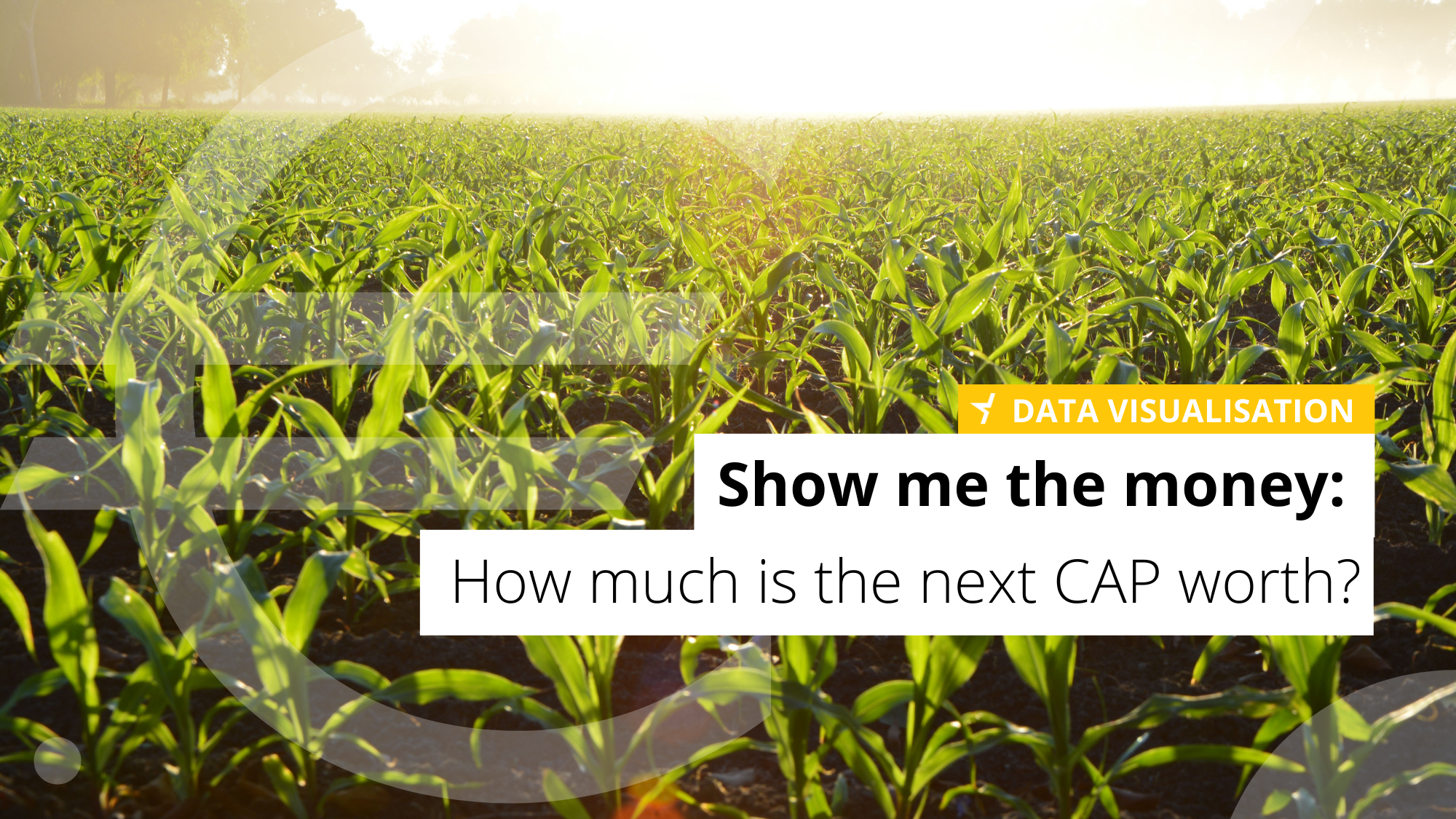 In a recent EURACTIV quiz, only 58.8% of respondents correctly identified how much of the EU’s budget is devoted to the Common Agricultural Policy (CAP), while just under two-thirds knew which of the CAP financial instruments is the largest. In this infographic, EURACTIV breaks down exactly how much money will head where over the next CAP period.

On 2 December 2021, the agreement on the reform of the EU’s farming subsidies programme, known as the Common Agricultural Policy (CAP), was formally adopted.

The new legislation, which is due to begin in 2023 and run until 2027, is intended to pave the way for a fairer, greener and more performance-based CAP.

But just how much money will be dedicated to the policy over the next period? And which member state is in line for the biggest slice of the pie?

The EU’s 2021-27 budget, known as the multi-annual financial framework (MFF), adopted on 17 December 2020, amounts to €1.21 trillion (in current prices), with an additional €808 billion from Next Generation EU, the temporary instrument designed to boost the bloc’s recovery from the COVID-19 pandemic.

The total allocation for the common agricultural policy amounts to €386.6 billion, divided between two funds (often referred to as the “two pillars” of the CAP).

The first deals with direct payments to farmers which, together with market-related expenditures from the so-called ‘first pillar’ and support for rural development, is known as the CAP’s ‘second pillar’.

Some €387 billion in funding has been allocated to the next CAP period.

The budget for the EAFRD also includes €8 billion from Next Generation EU to help rural areas make the structural changes necessary to achieve the goals of the European Green Deal and the digital transition.

This time around, EU countries have been given a bit more leeway with CAP funding, with the idea to allow EU countries to better adapt the policy to their farming sectors’ priorities.

Most notably, there will be the possibility to transfer up to 25% of their CAP allocations between income support and rural development.

Meanwhile, the CAP strategic plans are due to be implemented from 1 January 2023.

Through these plans, a main novelty of the 2023-2027 CAP reform, EU countries detail how they will meet the nine EU-wide objectives of the reformed CAP while responding to the needs of farmers and rural communities.

The strategic plans will allow for a greater degree of flexibility between the two funds and will include the ambitions of the European Green Deal, in particular the EU’s flagship food and farming policy, the Farm to Fork Strategy.

Overall, 40% of total CAP expenditure has been earmarked for climate action.

Scroll over the map to see how the overall budget for the CAP reform will be broken down for each member state.