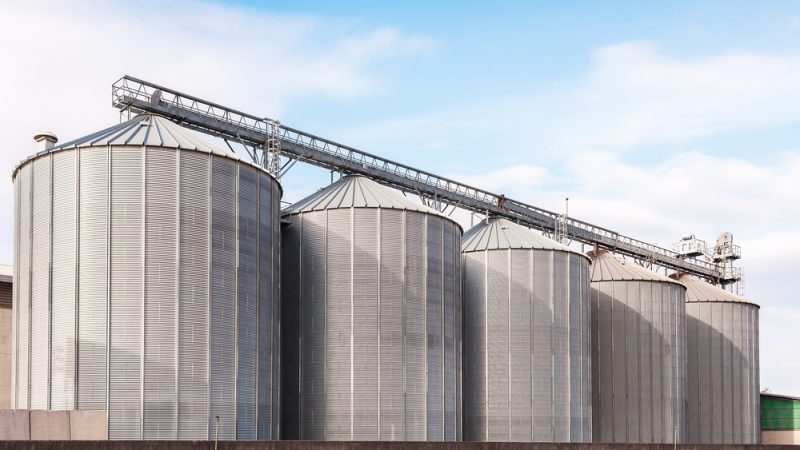 "Ukrainian farmers would also need help from the EU or Germany for fuel and other things. But we also have to face reality and see: Fuel is now lacking everywhere on the world market and prices are high,"Alex Lissitsa told EURACTIV Germany in an interview. [Shutterstock]

Russia’s invasion of Ukraine has created major hardships for the country’s agricultural sector, with fields not being accessible for cultivation, farm animals facing starvation, and the food delivery system collapsing, Alex Lissitsa told EURACTIV Germany in an interview.

Alex Lissitsa is the CEO of a large agribusiness in Ukraine operating farms and farmland in the country’s three regions. He is also the chairman of the Ukrainian Agribusiness Club. Lissitsa is currently in Ukraine and has participated in the organisation of food distribution across the country since the war broke out.

How do you currently see the situation for agriculture in Ukraine – to what extent is it at all still possible to maintain operations on farms?

Ukraine is a large agricultural country. We have different climate zones, different conditions and over 30 million hectares of agricultural land. In this respect, of course, this is the time when farmers are sowing or should be sowing. (…)

At the moment, however, things are looking rather bleak for many regions, including southern Ukraine, where at the moment the areas, fields and towns are partly occupied by the Russian army. The same applies to the east of the country. Northern provinces or areas of Ukraine, such as Chernihiv, Sumy, Zhytomyr, or parts of the Kyiv region, are also either occupied or being fought over, and there is no chance to go to the fields.

In this respect, the problems are also different, depending on the region, depending on the situation. Only the farms in the west of the country can really think about agricultural activity. But even there, of course, there are certain problems because the availability of certain inputs, especially fuel, but also pesticides, is limited.

The same applies to the so-called human capital. The employees of the farms are mobilised for the army or the armed forces. Last week, Ukraine’s agriculture ministry took the initiative to exempt from mobilisation certain skilled workers who absolutely have to be deployed in agriculture. That is also moving, but there are tens of thousands of employees who are then to be released through certain procedures. And that takes a little time. In my company, 20 workers were mobilised the day before yesterday [15 March], precisely those who were supposed to go to the field.

In this respect, the situation is bad to catastrophic.

The spring sowing season is just beginning. How do you assess the consequences of the fact that a large part of an entire season will probably be lost here for Ukraine?

Due to the climate, both winter and summer cereals are grown in Ukraine. As far as the almost eight million hectares of winter cereals (…), sown already in autumn are concerned, now is exactly the time to fertilise the fields. This raises the question of whether it is allowed and possible to do so. You do not know how long the war will last and what will happen to the grain when the harvest comes in three months. (…)

The other thing, of course, is summer cereals, including summer crops like sunflowers. Here it is just the time to prepare the soil and then sow in three to six weeks. There, of course, people are also afraid to go out into the field, and I assume that probably only Western Ukraine would be prepared to actually be able to do the work in full, given the situation. That would be 30-50% of the total area of what is actually supposed to be sown. In this respect, of course, we will not get the results we need in summer cereals, especially in maize, where Ukraine is number 3 in the world.

The effects on the global market will therefore be serious. This is true for winter cereals, especially wheat, where the poorest countries in the world will be hit, especially importing countries for Ukrainian wheat like Pakistan, Bangladesh, Egypt and so on. But this is also true for maize: Ukraine supplies an enormous amount of non-GMO maize on the world market and this is, of course, difficult to replace. The EU alone imports almost eight million tonnes of maize from Ukraine every year – over 48% of total imports. (…)

How is all this to be replaced? This raises many questions to which, unfortunately, there is no answer.

What is the situation with food supplies in Ukraine? The agriculture minister has been relatively optimistic, saying that there are probably a year or two’s worth of grain left. Are you worried that food could become scarce in Ukraine because of the war?

Well, that probably has nothing to do with the overall shortage. The problem lies elsewhere. We actually have quite a few reserves, also in the form of silos, of wheat, maize, vegetable oil and so on, but also sugar, where people say: OK, we have enough for the next few years.

But the problem is: Where are the reserves? Can they be transported at all? How do the logistics work? And there is of course the question of how to transport, for example, from Lviv in the west of the country to Kharkiv, cities that are suffering at the moment? And unfortunately, we find that in the cities that are suffering the most, such as Mariupol, Kharkiv, Zaporizhzhia or Chernihiv, my home town, there is a lack of food, unfortunately, there is nothing left.

At the same time, we have to look at exactly what food is missing. I help the Ukrainian government with the administration of humanitarian aid from the EU. For example, I look at the lists of the city administration in Chernihiv and see: they need canned meat and fish. And then you look in Ukraine: Do we have enough of that? No, we don’t, because all the logistics have collapsed. (…)

This means that if you look at the agricultural raw materials, things actually look pretty good and Ukraine will probably survive, but if you look at the details – what exactly is missing, where exactly it is missing – then we have huge problems. In this respect, the humanitarian aid that comes from various countries is important and essential for many cities and parts of the population.

What relief supplies do you need most urgently now, both in terms of humanitarian aid for food supplies and possibly inputs for agriculture? Are you getting what you need from Germany and the EU?

These are of course two different aspects: On the one hand, there is the humanitarian aid, which also comes from Germany, and I am very grateful to the German government for its absolutely unbureaucratic assistance. The agriculture minister himself has stepped in to help ensure that a number of goods arrive here. There were very transparent discussions with the Ukrainian ministries of economy and agriculture about exactly which goods were needed, and these were delivered to the east of the country in Ukraine. All kinds of trade chains in Germany were simply prepared to help spontaneously – it is really amazing. The same goes for our Austrian colleagues, but also other countries like Belgium. (…)

The inputs are another matter. Of course, Ukrainian farmers would also need help from the EU or Germany for fuel and other things. But we also have to face reality and see: Fuel is now lacking everywhere on the world market and prices are high. On top of that, there is a war going on in Ukraine – how are the logistics supposed to work, how are tankers supposed to get to Odessa or Mykolaiv? You have to ask yourself these questions before you ask for aid deliveries here. (…)

We have set up an office here on-site to enable farmers to exchange things among themselves without red tape. I, for example, have already ordered and paid for fertiliser and pesticides. But if I can’t use it now because my farms are completely bombed, then I don’t need it and can have it delivered to someone else. This way I think we can do it faster than if we make requests to the EU, because we don’t have time. (…)

What is the situation with regard to animal husbandry: Can the animals be cared for, is there enough feed?

That depends on the region. In my region, Chernihiv, it is a total disaster. I have a dairy farm there with almost one thousand cows. There are only horror stories to tell. Practically on the first two days, the farms and villages were occupied by Russians. At the start, Russians were still fairly friendly, but then they became more and more brutal.

That is to say, in a brutal way, many employees were intimidated or even partly murdered. This means that the dairy cows – 1,000 dairy cows – have been without feed for a fortnight, and there has been no veterinary care for three days. The colleagues are temporarily using silage as feed, which might be enough for a few more weeks. But after that, even that would have to be supplied. So productive dairy cows are out of the question, but it is important that the animals at least survive.

So the night before last, I arranged with a neighbour of mine that he would somehow smuggle two tonnes of diesel through some woods into the other village so that the generator would work and the cows could at least be milked. Another friend of mine told me the story that on his farm with 3,000 dairy cows, a bomb fell right on the farm. The cows are now walking through the fields in sub-zero temperatures, there is nothing you can do about that either.

Yes, these are horror stories and words really cannot describe them properly.