Earlier this week, EU agricultural ministers discussed potential measures against price drops. However, there are many who think that these plans do not go far enough. EURACTIV Germany reports.

euractiv.de spoke with German MEP Martin Häusling (Bündnis 90/Die Grünen), who is the agricultural spokesperson for the Greens/European Free Alliance group in the European Parliament.

In stark contrast to the refugee crisis, France and Germany have managed to find common ground when it comes to agriculture, submitting a joint list of demands at the agricultural summit. How likely is this wish list to be implemented?

France had been asking for milk-volume restrictions for four weeks. Our Agricultural Minister, Christian Schmidt, had initially opposed this. This compromise is but a small step forward. Limits on production are the right way to go and are important, but should not be on a voluntary basis. It is not enough. It’s not right that some could produce as much as they want, while others voluntarily limit themselves.

So measures other than liquidity support, interventions and other promotion activities are needed? Perhaps a complete change in European agricultural policy?

I didn’t get that feeling from the summit. We are still stockpiling huge amounts of produce. That is only going to prolong the price crisis. If prices are to increase, stocks have to fall first. I don’t see a real turnaround in sight.

What needs to happen for this U-turn to occur?

Well, for example, a binding limit on volume. Why should farmer voluntarily limit their production? There must be incentives as well. Farmers, from an economic standpoint, have no other options otherwise. If they want liquidity, then they need to produce more. In my opinion, money earmarked for export promotion and storage could be better used in an effective programme that would make decreasing production a viable option for farmers. The burden on the taxpayer would be reduced and farmers would get real help.

To what extent has the Russian embargo affected the agricultural crisis?

It has to be made clear that we have an overproduction problem on all our markets. That doesn’t just apply to the Russian embargo issue, we seem to be hell-bent on producing and in the end, it’s the European taxpayer who suffers.

Certainly, the embargo has made the crisis worse, but it’s not the cause. Europe has traded with Putin’s Russia for a long time now and pork imports have been sporadic during that entire period.

Before the embargo even became an issue, the European food supply was unsecure and politically motivated. It is not a reliable partner.

Russia has used the embargo to strengthen its own agricultural production and in a decade could be a true exporter. So Russia is just a catalyst of the crisis, not the cause. Even if the embargo was ended tomorrow, our problems with the agricultural sector would not be solved.

There was a lot of criticism for Commissioner Phil Hogan’s strategy, especially when it comes to export aid.  What are your thoughts on the matter?

He has to assume a fair amount of responsibility for the crisis. Four weeks ago, Hogan said that the measures already in place, like liquidity assistance, had to be given a chance to take effect and he hoped that Europe could access new markets.  He even stopped short of calling it a crisis. Farmers are struggling to preserve their livelihoods and he’s saying that we have a “fluctuating price situation”.

It’s clear that this is not a crisis that is going to pass quickly and that it is one of the most difficult challenges we have faced in the last decade. And there is no improvement in sight. There are no market signals to suggest that prices are going to increase.

It reminds me of the policies of the last century. We’ve had this all before. The consequence of that was significant limit on production. But no one wants to talk about that at the moment.

The same goes for organic farming, at least in Brussels.

We give over €50 billion in taxpayer money to European farmers. Promoting every hectare with a flat rate of €300 doesn’t help anyone. Preserving our resources necessitates sustainable and regional European production. Organic agriculture is still the poor relation of our agricultural policy. But it should be a model for European agriculture.

It is no secret that European subsidy policies have caused problems outside of the bloc too.  What does a fair international agricultural policy look in your mind?

It is incomprehensible that we continue to support this form of ‘turbo-agriculture’. Subsidised products are thrown onto the global market and compete with farmers who have received no aid or promotion, leading to market distortion.

If the price spiral continues downwards, small businesses in the Global South will suffer more than small companies in Europe. In many of those countries, up to 80% of the population are dependent on agriculture.

This fact has been completely swept under the carpet by Messrs Schmidt and Hogan. They are on the hunt for new markets and that is dangerous at a global level, because farmers, who often run more sustainable outfits than our European counterparts, are unable to compete with our subsidised products and lose their livelihoods. And then we wonder why many of those same people try and board a boat to cross the Mediterranean…

So we should move away from this ‘turbo agriculture’ and towards organic farming?

It’s not about returning to the smallholder rural idyll of yesteryear. That isn’t the reality. We have a constantly growing organic market, but too few products to sell in it. Too few farmers are switching to organic agriculture. We have to create incentives, which are also fair on the consumer, that can promote sustainable and organic agriculture.

Currently, the consumer is hit with the same stick twice. While they may be able to buy cheap products, their taxes go first to farmers directly, then are spent on countering the environmental impact caused by its production. For years, industrial agriculture has been presented to us as progress. There has to be a rethink.

Advanced agriculture of this nature is inherently not environmentally friendly. We can’t keep supporting this situation where we give €50 billion to farmers and then spend nearly the same amount removing nitrates from our drinking water. It’s bad business and it’s bad for society.

The problem is that food prices don’t tell the full story. The secondary costs have to be addressed. 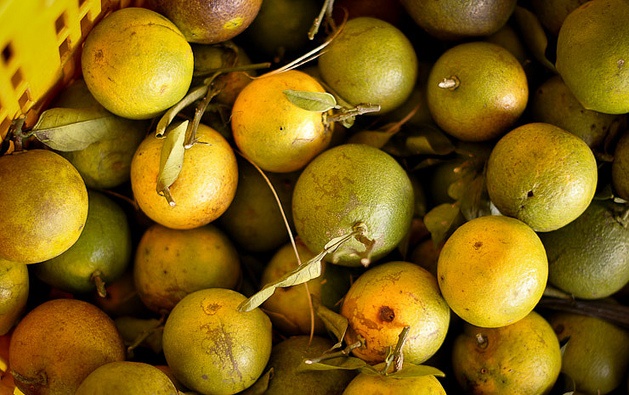 We must move away from the idea that the global market is the future. It makes no sense to keep producing so much for a market that pays so little.

Meanwhile, many farmers have come to the same conclusion that new aid packages are not going to solve this crisis. And it is becoming ever clearer that cheap production for sale on the global market triggered our problems and it is only the big producers that are benefitting. Many are ready to switch to organic farming. But this is not going to be easy to implement overnight.

My question was more to do with how we should proceed politically now.

Clearly, it should not just be left down to agriculture ministers, the Parliament should have a say too.  Eventually, Christian Schmidt is going to come knocking on Wolfgang Schäuble’s door, then we’ll probably need to have a national debate about whether we can actually keep going on like this.

4 responses to “Agricultural crisis: ‘Global markets are not the future’”