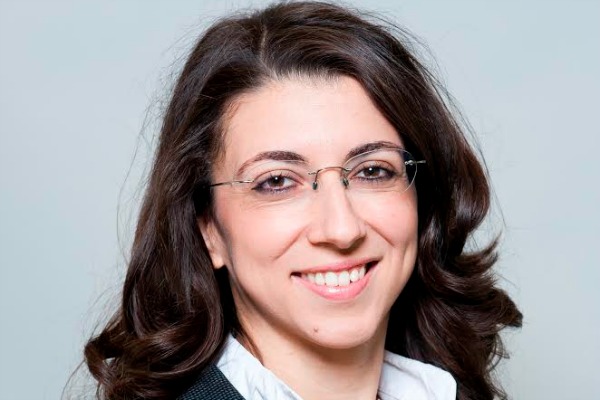 SPECIAL REPORT / The EU, which is currently revising its food labeling rules, should copy the ‘traffic-light system’ introduced in the UK, says Ilaria Passarani.

Ilaria Passarani is the European Consumer Organsation’s (BEUC) head of Food and Health department. She spoke to EURACTIV’s Henriette Jacobsen.

What is wrong withfood labelling in the EU?

In December 2014, a new regulation on food information for consumers will enter into force. Member states will have until 2016 to comply.

These new rules include some improvements, especially when it comes to the mandatory nutrition information on the back of the package.

We have to wait a little bit to see it at the supermarket, but it’s going to happen. We have played a major role in ensuring that the nutrition information on the products is clear and consumer-friendly. So we are really happy about this development. There are many positive provisions for consumers to help them make informed choices.

What we miss is that the information is going to be only on the back of the products’ packaging, and not on the front. We also fought for a font size of at least three millimetres, which was also in the Commission’s first proposal, but it has been down-sized.

So the BEUC is less concerned about the amount of information given on a product, and is more interested in where the information is, and font size?

Exactly, and we have said during the whole debate on food information to consumers that being a consumer should not be a full-time job. You cannot spend an indefinite amount of time reading the ingredients on the back of a product. So we always ask for a simple tool, and a quicker tool, for consumers to see what is in a product, and that’s why we’re supporting a colour-coding system, especially for processed food. That’s why we like the UK traffic light system.

What is the traffic light system?

The normal information is on the back, but what the traffic light system adds is information. It’s at-a-glance information about how much saturated fat, sugar and salt there is in a particular food product. You can compare very easily which of the products in the shop have the least fat, sugar or salt. We want a mother to be able to quickly see what’s the best for her child. That’s the idea.

So a product would not only get a red mark. It would, for example, get red for sugar and yellow for salt, and so on?

Yes. The idea with this system is not to say that one product is bad so it gets a red mark, and another product is good, so it’s green. It’s about the composition of the food. It’s really not about the whole product, but about the fat, sugar and salt. This is a very important point, because some say that the traffic light system is too simplistic, and only says if a product is bad or good. This is not what it’s intended to.

Which groups in a society do you think would benefit particularly from the traffic light system as labelling?

Everybody. People who don’t want to spend ages in the supermarket when they are trying to choose the best food for their family, their children or themselves. The system is really just to compare products. Some say it’s too simplistic, but we say that it’s just simple. Given that we are overloaded with information, this tool is a simple tool to get information. We ask EU member states to adopt and encourage this. This shouldn’t just be the labelling in the UK.

Why did they introduce this system in the UK?

I don’t know exactly why. I assume that in the UK, you have a lot of processed food, readymeals for example, more than in other countries. Traditionally, they eat more of these kinds of prepared meals, and products like this. They usually have a positive approach to  communication with the general public in all sectors.  I think this is good communication, and a good methodology for food information. They make things easier for consumers in a meaningful and simple way. This is not the case in other countries.

Why do you think this system has not been introduced in other member states?

My own country, Italy, doesn’t support this traffic light system. They have opposed it in the Council because they said this would damage the Mediterranean diet. Italy and some other member states have some reservations, because it would negatively affect, for example, the sale of Italian ham, or parmesan.

I’m Italian, and I know that if you have slices of Parma ham, and mozzarella, together with vegetables, it’s a balanced meal. I also know that in Italy, the true Mediterranean diet is no longer used as it was before. Mothers don’t have time to cook, and food and vegetables are so expensive that many people cannot afford them. This means that the Mediterranean diet needs to be reconsidered a little bit because of changes in the prices of the fruit and vegetables.

Some Italian companies are saying that the sale of Italian products in the UK has decreased due to the traffic light system, but they don’t provide evidence of this. The idea is to take the traffic light system into the concept of a balanced diet, in the context of general education of consumers about how to have a balanced diet. I really don’t see it as a threat to Italian products.

What’s good for you, might not be good for me, and the other way around. If you have a really fatty milk, it could, for example, be good for a pregnant woman or a baby. How does the traffic light system handle that kind of complexity?

It just says, ‘If you buy this candy bar or lasagna, it contains a certain amount of fat, sugar and salt’, and then you’re informed about what you’re eating because most of the time, maybe you don’t realise the amount of sugar, or you are unaware that something which is sweet can contain a lot of salt.

We don’t just say that we want this traffic light system. We say that we want a life-course approach. We want media campaigns to promote diets containing the right amount of fruit and vegetables, and we want physical activity to be promoted throughout the life course of consumers. Indeed, the diet is crucial in preventing chronic diseases. Nutrition and diet have both a positive and negative effect in the prevention and management of chronic and cardiovascular diseases. We have to act, and we have to use different tools to ensure that consumers know what they are eating, and that they make healthy choices. The traffic light system is a tool, but it cannot work alone. We also need education on nutrition in schools.

Are you not afraid that with new knowledge and research being published constantly, that you would also have to change these recommendations in the traffic light system all the time?

We consider it a basic consumer right to know what’s in a product. This should especially apply to food, because we are what we eat.  We know that people care about what they eat and they should know what’s in their food. That’s a golden rule which, from our perspective, will never change.

When it comes to scientific evidence from a consumer perspective, it’s about being informed about the general diet. What’s a balanced diet? What is needed in order to stay healthy? Every day we hear about a new diet. I’m not a dietician, but in general, I think that the recommendation of a balanced diet with different ingredients, eating a little bit of everything, and eating fruit and vegetables would not change. The scientific evidence, which would be developed over the years, will always mention fruit and vegetables, a balanced diet, and physical activity, no matter which studies are made.

When it comes to scientific evidence in general, it’s important that it’s not biased, that it’s made by independent experts based on data coming from different countries, as there are different approaches towards diets. Also when we look at behaviors and diets, it’s important to have an EU-wide perspective.

It’s good that science is helping policymakers in making decisions. It’s important that decisions are always evidence-based, especially when we have the available evidence. Policymakers have to read it, and to take action of the basis of what they know. That’s the best they can do.