Expert: ‘Climate natives’ should be at the centre of EU’s Farm to Fork strategy 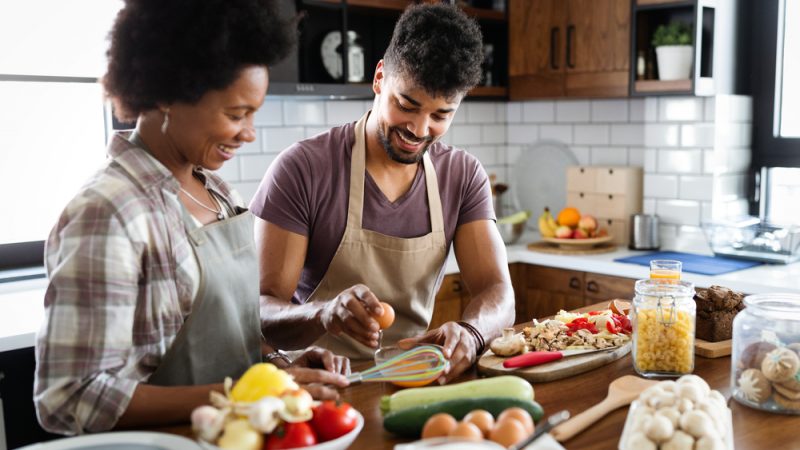 Everything in the food system transition that is done without young people involvement is a waste of money, said Professor Riccardo Valentini in an interview. [SHUTTERSTOCK]

This article is part of our special report Reset, restart: Transforming the EU food system.

Europe’s vision of the future of food systems needs to be improved with a focus on young generations, who will be putting into practice the Farm to Fork strategy (F2F), according to Riccardo Valentini, a prominent agricultural expert, who warned that “everything in this transition that is done without young people is a waste of money”.

Riccardo Valentini is a professor of forest ecology at the University of Tuscia and was a member of the Intergovernmental Panel on Climate Change (IPCC) board when it was awarded the Nobel Prize for Peace in 2007. He spoke to EURACTIV’s editor Gerardo Fortuna.

In a recent event, you referred to young people as the ‘climate native’ generation. How is this generation different from the older one?

I was born in 1959 and I grew up in the midst of the economic boost after the II World War, so when things like land pressure, atmospheric pollution, and biodiversity loss actually started and become exponential. For instance, my generation was the first one to have electricity and water available in their households. Then, we developed the idea that there were no limits to growth, and the use of resources, including the food we eat.

The starting point of the ‘climate native’ generation is a completely different one. Since they know resources are limited, they limit their demands. They are also more concerned about the future of our planet in a very pragmatic, not ideological way: they are worried because they know they have to live with fewer things.

Does this shift in attitude toward the future imply radical changes?

There are slow changes but they are occurring. These are also positive changes as the ‘climate native’ generation is basically adapting to a future that is different from ours.

When it comes to nutrition, you can see how many people are changing their food habits and it is particularly evident with vegetarians and vegans. But also the so-called sharing economy is another concept alien to our generation: I grew up on the idea of buying myself a car, while young generations feel less the need for the ownership of mean of transports.

What are the new topics young people seem more interested in when it comes to food?

In my experience as a university professor, I can see that a different approach to food is one of the distinctive elements of the climate natives, as they really eat differently compared to my generation. They select food considering the environmental impact, and food companies are also considered on the basis of their social attitude. Two other topics they really care about are food waste and animal welfare, which most of the time underlies the choice not to eat meat.

While the EU launched its stimulus plan with a strong focus on young people, as the name NextGenerationEU suggests, the Farm to Fork strategy (F2F) is more focused on producers and consumers, no matter how old they are.

Well, I see positively the F2F initiative and I’m proud that Europe has started talking about the transition in our food systems because, in the US or China, there is no such debate. Furthermore, I believe that the concept of giving consumers the power to drive the economy is a very important element of democracy.

But it is true that the F2F is completely missing the younger generation despite the fact we are talking about those who will materially implement this strategy in the decades to come. Without young people’s involvement, they are just words and there is no way to put the F2F into practice. Everything in this transition that is done without young people is a waste of money.

That is as true for consumers, the ‘fork’ part, as for farmers.

Indeed, this is probably the main point, namely how we can convince young people to get back to working in the fields. And that is something we need to address with concrete tools, for instance by making available financial instruments for young people to get loans for free or at very low-interest rates.

In rural Europe, there is no trust in young generations as they normally do not have enough assets to reassure banks, while in the US you have venture capitalists in every corner of the street. Young people also need infrastructures in order to have a good life: good school for their kids, good hospitals in the countryside, as well as rural broadband.

Do you think there is enough communication for rating awareness on the current transition in food systems?

We have a lot of information but little education. Food labelling is important to communicate information to people in a transparent way, but information on the internet and alleged ‘healthy’ claims from food companies do not compensate for a lack of real food education. That is why we need to create a new generation of food systems professionals.

Is the current university system ready for that challenge?

It is not, our university system is simply too old and does not grasp the systemic approach of food that is needed. I teach in an agricultural faculty, but everything linked to food is kept split: there are separated curricula on agronomy, economics, food industry, agricultural ecology and so on.

If I were to design a school to train a new generation of food professionals, there would be room for different disciplines, from teaching microprocessors to food transformation, new food systems, biotechnology, but also cultural heritage and ancient history.

These professionals would be an important element for democracy too because they would be able to dispute or clarify different and conflicting news about food that people are constantly bombarded with.

You have recently conducted a project to see how food providers can embrace the change in the food systems.

It was a social experiment to see how people can change their diets starting from the catering sector. The food sector normally offers menus according to their economic and business plans, so we ask them to take on board sustainability and nutritional aspects to see how consumers react. In the end, we found very interesting results as food providers have been more open than I expected to put in place new menus.

You also involved renowned chefs in the project, why so?

Creativity is also an important element. You cannot ask people to save the planet and eat rubbish or something they don’t like. These chefs created these recipes to prove that it is possible to live in a more sustainable and healthy way without losing the joy of food. If you offer the image that, in order to follow the sustainability path, you have to suffer, nobody will join you.