Mondeléz leader: "When the country of origin labeling is introduced by national governments to drive consumers or retailers to limit the choice of a given market that is against of the core of the EU single market." [Sarantis Michalopoulos]

The current conversation over dual food quality has mixed up the notions of ‘quality’ and ‘recipe’. Consumers have different preferences on sweetness and saltiness and we just have to accept it, the head of FoodDrinkEurope told EURACTIV.com in an interview.

Hubert Weber is the president of FoodDrinkEurope, which represents EU food and drink manufacturers. He is also the executive vice-president & president Europe of Mondeléz International.

The discussion about dual quality food has taken centre stage in the EU. Do you think it is acceptable that consumers in poorer EU countries are sold lower quality food in the same packaging?

I think the debate that has been launched has become very emotional. What is needed is a multi-stakeholder dialogue. Today (13 October), an important meeting in Bratislava took place with a number of Commissioners as well as national governments participating. FoodDrinkEurope was present representing the food and drink industry in Europe: explaining how we operate to build trust and quality. This is the key promise of our food brands.

What has been very much mixed in this conversation is ‘quality versus recipe’. We have a very firm commitment from an ethical perspective on food quality, safety and delivery. There is no compromise. But when you look at the 28 nations in Europe and their regions, there is a fantastic variety of different food and drink offers that differ by country or by region within the same country. Consumers have different preferences on sweetness and saltiness and we just have to accept it. The single market in Europe provides consumers with the opportunity to have access to those different recipes and products. We have to make sure we are transparent to consumers about the ingredients in food and proper labeling.

What the single market is not about is to just copy-pasting and standardising everything, as in this way we would reduce the food offer and the choice of consumers. We, as the food and drink Industry, are committed to taking this conversation seriously, we don’t want to neglect it and we certainly need to act when something is done wrong; but we want this discussion to be fact-based. Because we even have different types of food in Italy, France, Germany etc.

Let me also add that a lot of the tests that some stakeholders claim they have made have turned out to be faulty and misleading. Therefore, we need to take emotions out of the discussion.

A number of EU member states have demanded origin labels for specific products, like Italy for pasta. How does the food industry view this trend?

I am concerned about the renationalisation trend because we need to look at how many positive things the EU single market has brought to consumers and people’s lives. We have the freedom to choose where we want to live, what we want to eat and where we want to work. If we look 40 years back the range of supply we had in every respective country was much smaller than what we have today. So, we benefit from having free choice in the single market.

When a label or a reference to the origin is helping with the credentials of food with the intention of encouraging consumers, wherever they are in the EU, to value that food, this is fine and there are plenty of examples where certain types of food are related to several regional origins. This is perfectly viable.

But when the country of origin labeling is introduced by national governments to drive consumers or retailers to limit the choice of a given market that is against of the core of the EU single market. This is where I am really concerned and oppose it. This deprives EU consumers of choices they have gained throughout the years. 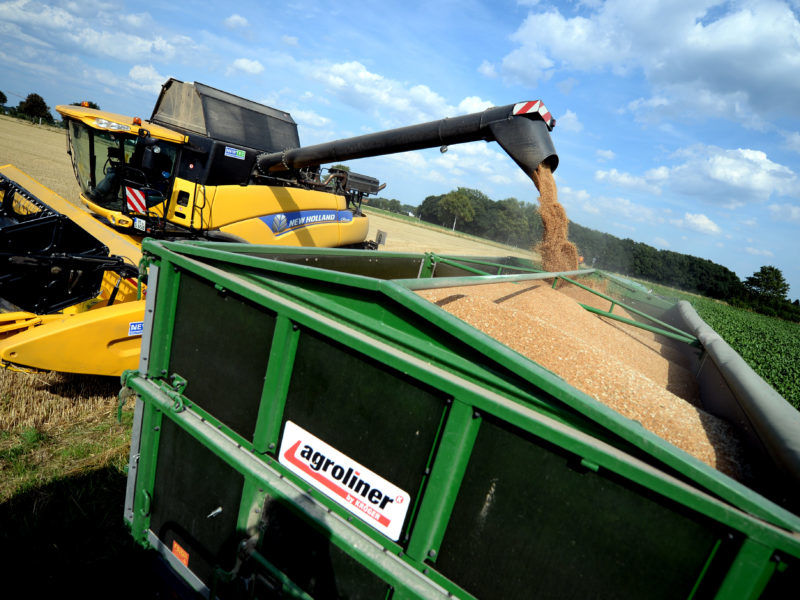 Yes, but what is the logic behind it? There must be a reason for the member states to make such a move.

It is the fear of competition. It is a purely a political decision.

Do you consider it as proof that the EU single market could fail?

For me, it’s proof that the single market is working in the sense that there is competition within it. I would, therefore, encourage people to focus on staying competitive rather than avoiding competition.

The Mediterranean countries fear that the food industry’s push for UK-style traffic-light labelling basically targets the quality of the Mediterranean diet, meaning all products will be thrown in the same basket. What’s your comment on that? Can simplification ensure a clear distinction of quality products?

There is not a 100% aligned industry view, there are many different perspectives on this topic. What is important is that at FoodDrinkEurope we are aligned that we have to focus on food safety, quality and transparency; and labelling is part of transparency. Consumers should clearly understand that they buy what is in it. They need to also understand how many calories they take in by consuming a specific product. We are now 12 years into the so-called Guideline Daily Amount (GDA) labelling, which is related to recommended daily amounts of intake of calories and certain nutrients.

This is helpful as orientation for consumers, but there is a consistent request from NGOs and policymakers as well as media to go to the next step, into an interpretative scheme, to help consumers better understand the intake of certain nutrients and calories. In the UK, there is this voluntary traffic-light labelling scheme, which has been on the market for a couple of years. Some members of the industry are participating but so far it has not proven to make a big change to consumption behaviour. It is a certain orientation but the challenge is that this is a scheme that is based on certain quantities of intake, so certain fats and sugars are always going to be red. So, as a consumer, does a color scheme help me really understand the intake of a piece of food? Not necessarily.

There is an ongoing discussion on how we can evolve the current GDA system that has been appreciated by consumers as well as policymakers in a way that is providing consumers with better support on their diet. That is not easy to do.

Simply taking the UK traffic-light system and putting it in other markets is not going to be an easy solution. It will be easy when you have clear proof in the UK that it brought significant improvements.

And we need to consider also what the Mediterranean countries are passionate about. A piece of cheese will always be red in the UK scheme no matter the quantity consumed. That is not necessarily any help to consumers. I come from the chocolate industry. People know that when they want to have a good piece of chocolate it will have fat and it will have sugar. Many of us have tried sugar-free chocolate. Consumers say I would rather have no chocolate than this chocolate. When you want to have a certain taste or quality profile, it will need to have these ingredients. Then, it’s how much do you take in and this where we need to get to.

I think we need to help consumers have a balanced diet. It is important that the industry works on great quality and taste delivery with a balanced calorie and nutrient profile. So reformulation is important. Reformulation in terms of more natural, more authentic and clean ingredients with less artificials is an important element. There is evidence on how much in the last five years salt-reduction has contributed to the overall balance of the diet.

An important element is also portion control: for example, what we see consistently is that the act of opening a new pack is a bigger barrier to more consumption or overconsumption than a red flag on packaging.

The main concern is a hard Brexit. I firmly regret the outcome of the vote, it will be to the disadvantage of the UK in the long term and it will also have an impact on the remaining 27 member states because the single market including the UK is interlinked to food supply. And in the event of a hard Brexit it will be difficult to disentangle the food supply chain.

After 40 years of participation in the EU, the UK in many instances is not self-sufficient any longer on food and drink supply. And they [the British] are very interconnected in the EU food supply chain.

Short food supply chains are being considered as a way to raise farmers’ income. Can global food companies also play a role in offering income security for farmers?

Big companies can help generate value for farmers. For example, the way we have integrated Sustainability in Mondelez by investing in our cocoa supply chain (the Cocoa Life programme) or Wheat in Europe. Even more now with the interest of fairer and more equitable supply chains, as stated by President Emmanuel Macron and Commissioner Phil Hogan, the food industry can play an important role.