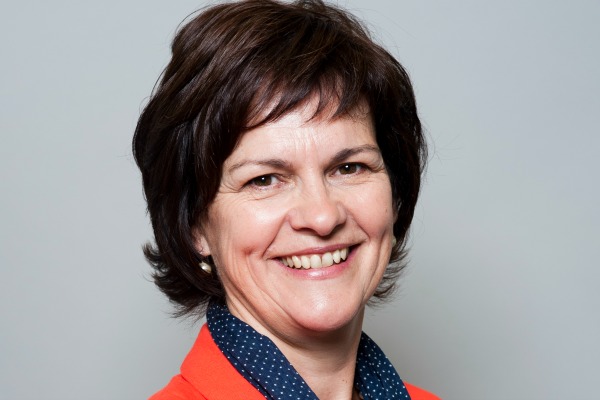 Food from cloned animals has ‘novel food’ status at EU level, and requires approval before being allowed onto the market. But the EU legislation needs to be more transparent by covering also food from the descendants of clones, with a traceability system for imports of cloned animals embryos and semen, says Monique Goyens.

Monique Goyens is the Director General of the European Consumer Organisation (BEUC). She spoke to EURACTIV’s Henriette Jacobsen ahead of a vote on cloning next week in the European Parliament’s commitees on agriculture and food safety.

What is BEUC’s view of cloning animals and selling the meat to EU consumers?

Surveys show that Europeans do not want cloning to be part of producing food. While some may be willing to accept this technology for purposes such as preserving endangered species, most find it totally unjustifiable for food supply. Consumers have little appetite for food derived from cloning and the vast majority (70%) feel it should not be encouraged.

Why is the BEUC worried about cloning?

Cloning is a relatively new technology. Although the European Food Safety Authority (EFSA), the EU’s food safety watchdog, deemed food from clones to be of no concern in relation to people’s health, to date the evidence base is actually pretty thin.

Another problem is animal welfare. Out of ten bovine embryo clone transfers, only one will result in a live animal, which will carry a high risk of death shortly after birth. As for the mothers carrying the clones, they often have to endure pain, an increased number of miscarriages and difficult births.

The ethical dimension is of course also an issue. Three in four Europeans agree there could be ethical grounds for rejecting animal cloning and 69% believe animal cloning risks treating animals as commodities.

Cloning will now be dealt with separately from the EU law on Novel Foods. In December 2013, the European Commission tabled two distinct proposals addressing animal cloning. One aims to ban the cloning of farm animals in the EU, and the other seeks to prohibit the sale of food from clones.

This clearly falls short of consumers’ expectations to have food from the descendants of clones regulated. Regrettably, these expectations are not met under current EU laws, which only foresee pre-market approval for food derived from the clones themselves.

It does not come as a surprise that no company has ever filed an authorisation request with the European Commission. Everyone knows clones are not meant to end up on our plates. Clones are elite animals used for reproduction purposes and no farmer will ever send a clone specimen worth €15,000 to the abattoir – except perhaps at the very end of its life. Clones’ descendants, on the other hand, are the ones used to produce the meat and milk that will end up on our supermarket shelves.

We find it contradictory that the European Commission says it has listened to Europeans’ concerns on cloning by banning food derived from clones, whilst food from clones’ descendants continues to slip under the radar.

The food industry often says that consumers are too conservative when it comes to their food. Do you agree?

The industry also tends to forget that transparency is the currency of trust. Companies are always eager to communicate the purported benefits of any new technology they use, but are much less vocal when it comes to being open about the risks which might also come with it.

Whether with cloning or nanotechnology, we see a trend of consumers increasingly wanting to know how their food was produced. So why is the food industry deploying so much effort to block any new labelling measure to let people know what is in their food?

The global population is expected to reach nine billion by 2050. The UN’s Food and Agriculture Organisation estimates the world by then would have to increase its food production by 70% by then. This means that the global demand for animal-based protein sources would double between 2000 and 2050. Could cloning be the way to meet our future needs for animal protein?

There are diverging views on whether, and if so to what extent, food production must increase if we are to feed the world by 2050. Many factors come into play, including the amount of food that is wasted and the types of food people eat. The role of meat consumption in a healthy, sustainable diet remains particularly debated.

In any case, consumers’ concerns on the usage of certain technologies to produce food must be heard and respected.

Consumers do not take it as an answer that no one knows how many clones there are and whether these might have ended up on our plates already. We need clones, their reproductive material, their descendants, and the food derived from these animals to be tracked.

In 2010, the European Commission proposed setting up a compulsory traceability system for imports of semen and embryos from cloned animals. We should move forward on this quickly and expand the system to as many generations as is technically feasible. Allowing consumers a choice is the minimum they deserve when 83% have said they would want food from clones’ descendants to be clearly labelled if it were to become available in EU supermarkets.

The Parliament is even contemplating a full ban on food from clones and their descendants.

You say that “consumers have little appetite for cloning”. But shouldn’t it be possible still for consumers in the EU who don’t mind cloned food to be able to purchase it, or for individual member states to open their market for cloned animals if they wish to do so?

We look to EU decision makers to adopt cloning laws which take due account of the severe animal well-being issues associated with this technology and EU consumers’ feelings that cloning should not be encouraged for food production. In our opinion, labelling requirements for food from clones’ descendants would be a non-negotiable minimum.

We hope members of the European Parliament will have consumers’ best interests in mind when the AGRI and ENVI Committees’ vote on cloning next week.