Phil Hogan - 'UK won't change its mind on Brexit for many years, if ever' [Sarantis Michalopoulos]

But the Irish Commissioner explained in an interview that the member states’ national “CAP plans” will need to be approved by the Commission, which will ensure a level playing field across Europe.

Hogan also stressed that the new system will deliver better when it comes to the much-needed policy simplification.

“We will require ‘CAP plans’ for each country, with a detailed analysis of the measures proposed to deliver on the EU-level objectives and the financial allocations for those measures. These CAP plans will be approved by the Commission, thus ensuring the level playing field across the EU,” the EU agriculture chief said.

Hogan made it clear that the ‘C’ part of the CAP would not change.

“It will remain a ‘common’ agricultural policy, with clear policy objectives set and agreed at the EU level. But, it is true that we want to give more flexibility to member states in the way that they choose to reach those goals – and target the support they receive through the CAP.”

The Commissioner also noted that the relevant stakeholders and member states increasingly understand the logic behind the Commission’s proposal. Those who still suggest that the policy is being renationalised now represent a “small minority”, he said.

EU farmers have long complained about heavy paperwork and complexities that prevent them from implementing the actual objectives of the policy. Hogan said the new delivery model was also a significant step in the continued pursuit of greater simplification.

“In reality, it is a much more efficient and effective way of making sure the CAP budget is invested where it is needed the most and where it can bring the best results. The safeguards proposed, such as the approval of member states’ ‘CAP Plans’ will ensure that the door to competition between member states is not opened.”

“There will still be clearly defined rules as to the degree of flexibility member states can have. And in each case, choices will have to be justified with regard to the overall targets agreed at the European level,” Hogan added.

Another critical point is the constant changes in the CAP framework in the past years, which according to experts make farmers hesitant to invest further in the sector.

“No one doubts that farmers, like all investors, and national authorities want a stable policy environment which gives them the certainty they need to plan and manage is important […] However, what the Commission is now proposing is an evolution of the current policy and responds to criticism of that policy from those same farmers and managing authorities,” Hogan said.

He pointed out that standing still was not an option for CAP, but neither are “changes for changes’ sake”.

“And of course the changes that have been made have been to make it easier and more efficient – to ensure that farmers continue to get the support they need and that they continue to supply the public goods that we all need.”

“This is certainly the reasoning behind the new legislative proposals I’ll be putting forward later this year – how to make the CAP simpler and more modern, with fairer and more results-based targeted support, focusing on the key priorities not only for farmers but society as a whole, such as sustainability and the environment.”

Hogan also talked about the growing potential brought by the introduction of new technologies in the sector.

“The adoption of modern farming techniques, including those based on the Internet of Things and Big Data, has enormous potential in helping to develop more competitive, productive, sustainable and environmentally responsible food production,” the Irish politician said.

He insisted that smart farming, through better use of data, will allow farmers to make more informed decisions and run their businesses more efficiently.

“For example, through the Internet of Things we can collect of vast quantities of information such as crop yields, soil-mapping, fertiliser applications, weather data, farm machinery and animal health, which in turn are put to good use in helping farmers improve productivity and lower costs.”

Precision farming is based on the optimised management of inputs in a field according to actual crop needs. It involves data-based technologies, including satellite positioning systems, remote sensing, and the Internet, to manage crops and reduce the use of fertilisers, pesticides and water.

Based on the need to “produce more with less”, precision farming is emerging as an innovation-driven solution. The introduction of new technologies helps farmers manage their farms in a sustainable way, taking into account the “slightest detail” of everyday farming. However, its position in the new CAP is not yet clear.

Critics complain that it will increase smallholders’ dependency on big agri-food businesses, while others say it’s the only way for the EU agriculture to “survive” in the face of growing global competition.

For Hogan, digital technologies can also be used to simplify and modernise the CAP.

“For example, checking that crops are being rotated – one of the requirements of the CAP in order to preserve biodiversity and soil health – can now be done quickly and easily using a simple app and satellite data.”

EURACTIV was informed in September 2017 that the EU executive was mulling incentives for space technologies in farm controls.

A Commission spokesperson said the executive was very open to using new technologies, such as the EU-funded Copernicus programme, as a way of improving the financial management of the CAP.

Farmer organisations have voiced fears about the accessibility of the new technologies and stressed the need to avoid a “two-speed” CAP, given that southern European countries are lagging behind the north in digitisation. 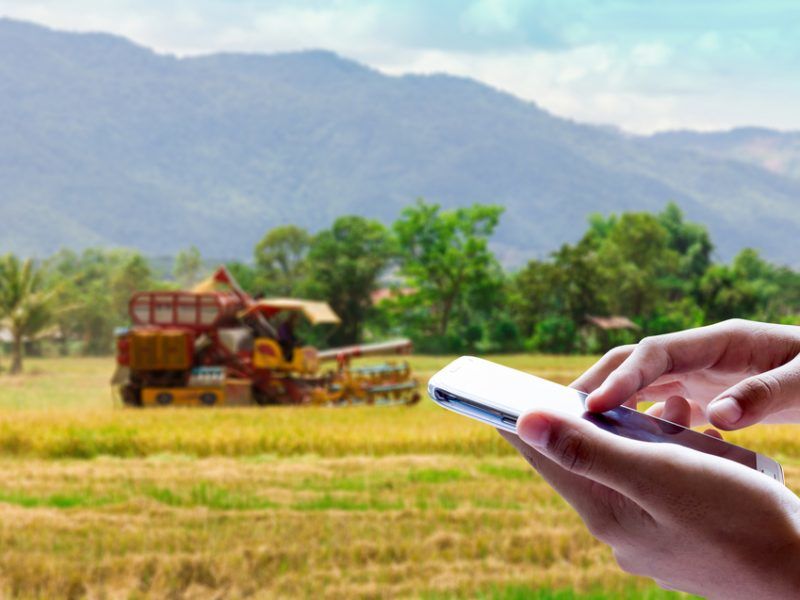 “The big challenge for policy-makers is to ensure that we have structures for knowledge transfer and that the benefits of developments in research institutes are made available for and accessible to our farmers. That is something that the Commission’s forthcoming legislative proposal will address,” Hogan said.