MEP: Parliament and Council haven’t listened to each other in CAP talks 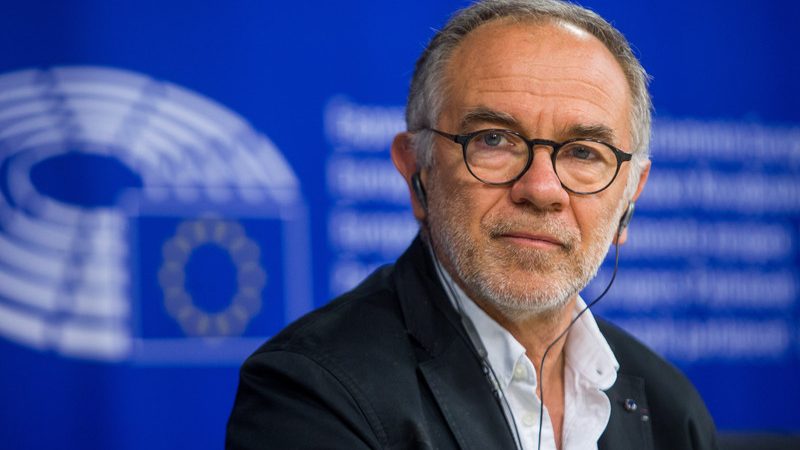 During negotiations on CAP reform, MEP Eric Andrieu was the rapporteur for the "common organisation of the markets" (CMO). [Stephanie Lecocq/epa]

In an exclusive interview with EURACTIV France, MEP Eric Andrieu expressed disappointment about the lack of communications between the two EU lawmakers that led to an unsatisfactory environmental part of the EU’s Common Agricultural Policy (CAP) reform.

Eric Andrieu is a French socialist MEP and member of the Parliament’s committee on agriculture (AGRI). During negotiations on CAP reform, he was the rapporteur for the Common market organisation (CMO).

The new CAP has been under negotiation since 2018. In the last trilogue, Parliament, Council, and the Commission finally reached an agreement – is this good news for you?

Yes, it is always good news to have found a compromise, but I am still rather divided. I am very, very satisfied with the result of the Common market organisations (CMO) report because we started from nothing, and I think that we finally achieved a lot.

I have more reservations about the other two reports regarding the strategic plans and the horizontal aspect. On the strategic plans, I have always considered that the reform project was not up to the challenges of the moment. For me, one of the objectives of this new CAP was to regain the link between agriculture, food, human health and biodiversity and the climate – I don’t really have the impression that we have achieved this.

So, as far as the environmental aspect is concerned, for the moment I am still a bit disappointed, but I am waiting for the final details to be written down to see if we are winning or losing. These days, I come out of the trilogues thinking we are losing.

But you say you have reached a good agreement on the CMO part?

The originality of this reform is that the Commission’s 2018 proposal contained nothing in terms of the CMO. The Commission considered from the start that everything was perfect, that there was nothing more to do in terms of trade and regulation. It assumed that the agricultural market was stable. But we have a completely opposite vision. We started from the principle that the agricultural market was structurally unstable and that we really needed to improve the rules of the CMO to allow the sector to adapt to all these instabilities.

And then the health crisis came along and showed how fragile the situation was and how much we had to try to anticipate this and adapt our tools. And as the Commission had not proposed anything, it was the Parliament that took the initiative. This is quite particular because all the discussions were centred on our position, the Parliament’s proposals. So, for the first time since 1992, we have obtained a proposal which finally proposes more regulation than deregulation – which is historic. 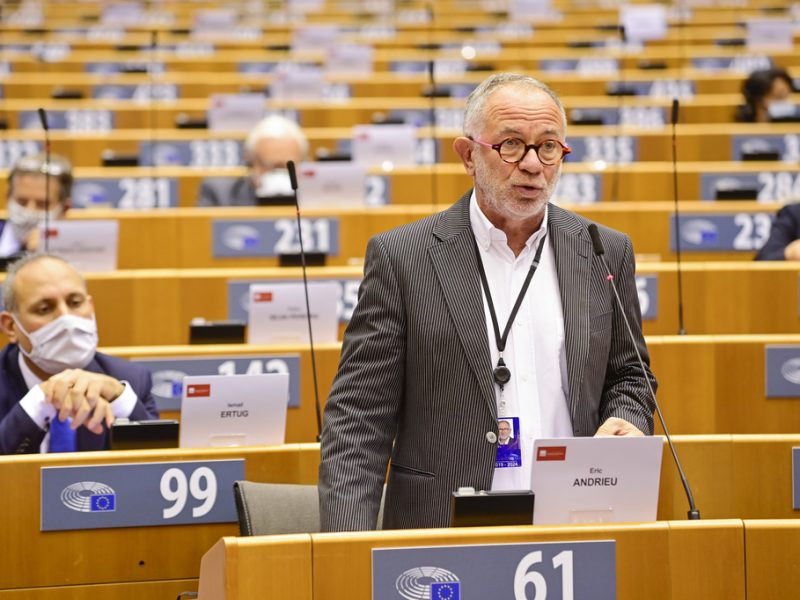 We won about forty points in terms of market regulation and won a lot for the wine sector. First, we obtained the renewal of the vine planting authorisation regime until 2045, while it had been planned until 2030. Winegrowing is the agricultural sector that creates the most export value, it is the one that has made the most progress in environmental matters in recent years and the one that best assumes the renewal of generations. It is also the only one that currently has a regulatory tool. Limiting plantings is important to give long-term clarity to winegrowers – the extension of the authorisation to 2045 is therefore a very good agreement.

Good news for French winegrowers – but not the only news?

Yes, we also obtained recognition for two new categories of wine: partially and completely de-alcoholised wines. I am very proud of this development because we can see that consumption is changing. What I defended is that there is a real market between 8.5 and zero degrees and that if the wine sector does not seize it, the chemical sector will. And so, we have done a lot of work to ensure that in the PDO [ed. protected designation of origin] and GIs [ed. geographical indications], we can have partially de-alcoholised wines, between 8.5 and 0.5 degrees, and outside the GIs, partially or totally de-alcoholised wines. This makes it possible to respond to strong demand from the new generations and the Muslim world, and it gives a new dynamic to the sector.

Secondly, in the sense that the consumer has the right to know what he or she is taking, we have also obtained the obligation to indicate the energy component on the label. Also, through a QR-Code, the ingredients and the nutritional aspect of the wine must be indicated.

Finally, we are going to authorise the crossing of vitis vinifera grape varieties with certain grape varieties that are currently prohibited. This is a point that I defended in the name of adapting grape varieties to global warming: we do not know how things will evolve, so it is good to be able to explore the potential of hybrids. But it will remain the responsibility of each member state to make legal what is currently illegal – or not.

Absolutely, we have obtained greater flexibility on the activation of crisis measures and explicit references to voluntary production reduction mechanisms to be able to reduce production at the earliest stage of the crisis. In addition, the market observatories that were intended for certain products only will apply to all products. We will no longer have to wait for the crisis to take hold; the tools will now be triggered much more quickly and will make it possible to intervene before the crisis causes too much damage in the territories.

There was a big discussion about the tolerated pesticide residue limits in imports. What came out of it?

On residue limits for imported pesticides, the European Commission has already removed tolerances for imported pesticides that affect human health. What has not yet been settled are pesticides that are banned but imported into the EU through products and that have an effect on the environment and biodiversity. We have therefore come 50% of the way in banning the tolerance of pesticide residues and in Parliament, we would have liked to go all the way with this reform, but the Council did not follow us.

How is this done? Agriculture ministers like France’s Julien Denormandie are advocating the introduction of mirror clauses in trade agreements to put an end to the import of products that do not meet EU standards and thus harm farmers.

I did not understand why the Council opposed it. At the end of the negotiations, Denormandie paid lip service to the issue, but I consider that the French agriculture minister did not do the job to convince colleagues. With Poland, he was the only one to agree with our position, but that is not enough to win a majority in a Council of 27 ministers. He did not do the job for reasons that I think are strategic and political – because he wants to deal with the subject within the framework of the French EU Council presidency next year – and that is a pity. I think that if our minister had done his job, we could have won this battle.

Apart from this particular case, what did you make of the negotiations between the Parliament and the Council?

I have discovered something quite phenomenal in these trilogues, which is that we do not listen to each other. In fact, having a rotating EU Council presidency on legislative subjects as important as the CAP is not possible. Because we in the Parliament have been working on the dossier for years and then we have a Council that arrives and discovers these very complex subjects. So, when you have interlocutors from the Council who come to the trilogue and who do not know the subject on which you are working and who read the notes that we have given them, this is not acceptable. You can’t find a compromise this way.

Negotiations are now finally over but the dossier is not closed. Parliament must vote on the reform project in autumn. While some are already calling for a rejection of this reform, are you optimistic that Parliament will vote on the agreement?

Yes, I think Parliament will adopt the reform. Personally, I was very satisfied with the social part and the CMO part, but as you heard, I am not satisfied with the environmental part. If the reports are voted on separately, I will therefore vote in favour of the CMO, given the many advances we have obtained for farmers and European citizens.

Regarding the other two reports, I note that social standards have finally been introduced, which is a first. As for the rest, we still must analyse all the details of the negotiated texts, in the strategic plans. But if we see that the fight for the environment and respect for biodiversity are the big losers, I might not vote in favour of the proposal. 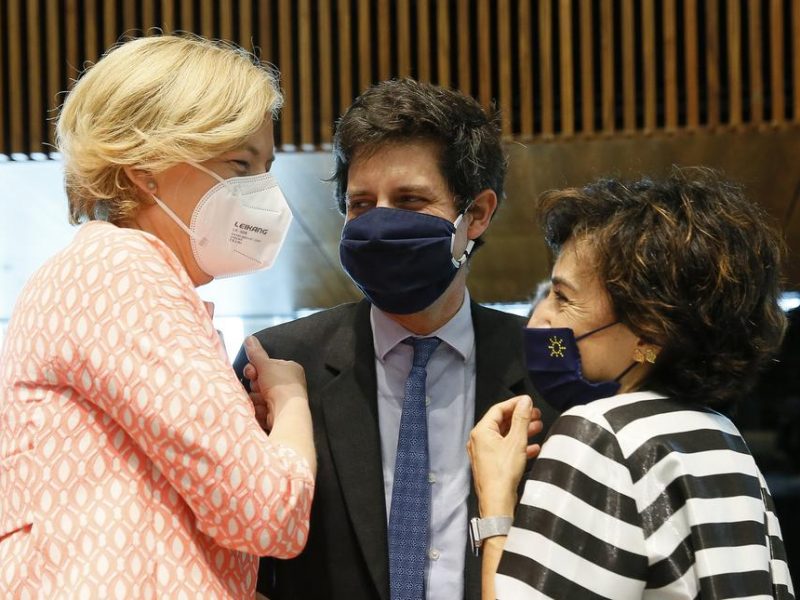